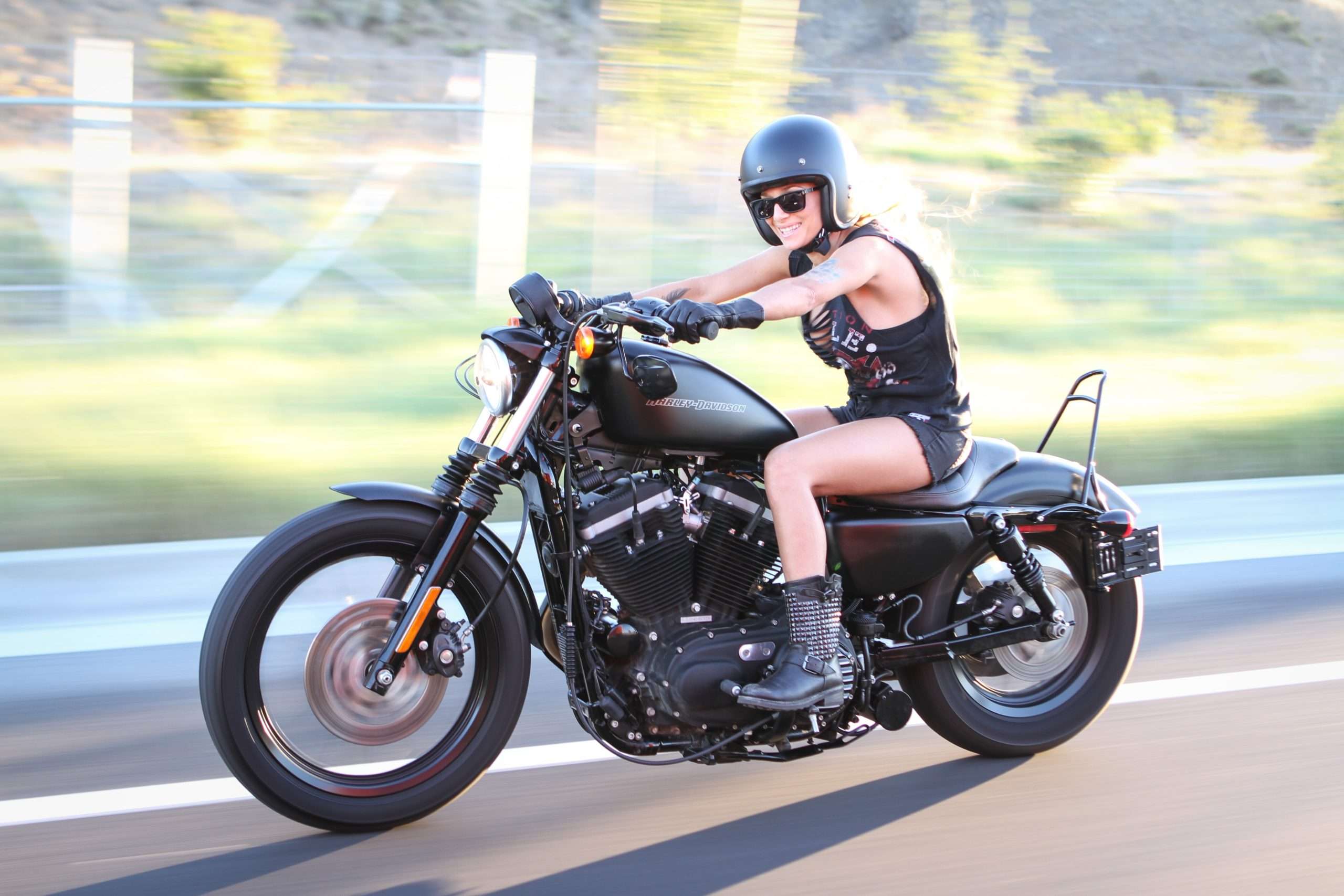 Stop right there, Geoffrey, and allow me to inject that ‘if’ deeply up your posterior.

When did we fall into this Notrealif trap?

‘He’s wearing khaki shorts, he can’t be a real Biker.’

‘She’s wearing petal-pink sneakers, she can’t be a real Biker.’

‘She doesn’t drink, she is no Biker.’Here’s the flaw in your commercialised logic – real Bikers don’t give a rapid-descending flying fuck about your digitised opinion-lists. If Bruno wants to squeeze into a multicolour flip-sequin muscle vest, then so be it. He will receive the taunts of his buddies as a duck’s back receives water. He would still punch your lights out; frankly, him doing so in a multicolour flip-sequin muscle vest will make it infinitely more badass.

The Riders of Iron Horses have never been good at following society-induced rules of what you ‘should do’ to ‘be’. Truth be told the Biking culture is possibly the very definition of chaotic technicolour.

There is no black ink on faded paper Rulebook which needs to be followed to the very last letter in order to be a real Biker. The existence of such a rulebook would go against the very grain of Biker-ism.Are you a Biker? Have you ever stopped to think about your fellow Bikers, most importantly the ones you hold dearer than blood-relatives? Are they all carbon-copies of you, of each other?If Jimmy likes Techno dance music, but you prefer the dark reverberations of heavy metal – does that make Jimmy less a Biker than you?

If Paul doesn’t drink like a floored ’59 Impala, does that make him de-Bikered?

Finally, we get to the age-old topic of size. Why are we so bothered by size, anyway? I can assure you that a great many of the ‘small’ bikes today can and will keep up with your 1000 from forty years ago, and do so on a fraction of the fuel.Did I say ‘finally’? That was a lie. I do apologise…

Have you ever heard a hard-set cruiser rider state that ‘sportbikes’ are not ridden by Real Bikers? Ah! The unquenchable Class Wars. Let’s lay this to rest swiftly: Sarah’s custom Bagger doesn’t make her more Biker than Mary on her neon Hayabusa.

We Bikers are some of the most diverse and uncommon creations to trample this otherwise dreary earth. That includes Bruno in his flip-sequin muscle vest.

Insert that cliché that is older than I care to look up: It’s not what you ride, but that you ride. Don’t ever let others prescribe to you what you should or should not do to qualify as a ‘Real Biker’. Rather gently roll up their prescription, tenderly shove it deep up into their arse and plug it neatly with a diamanté butt plug. You can get them from multiple online platforms, in an array of colours.

But… If you’re a Real Biker, you won’t give a naked rat’s ass what I have just written…