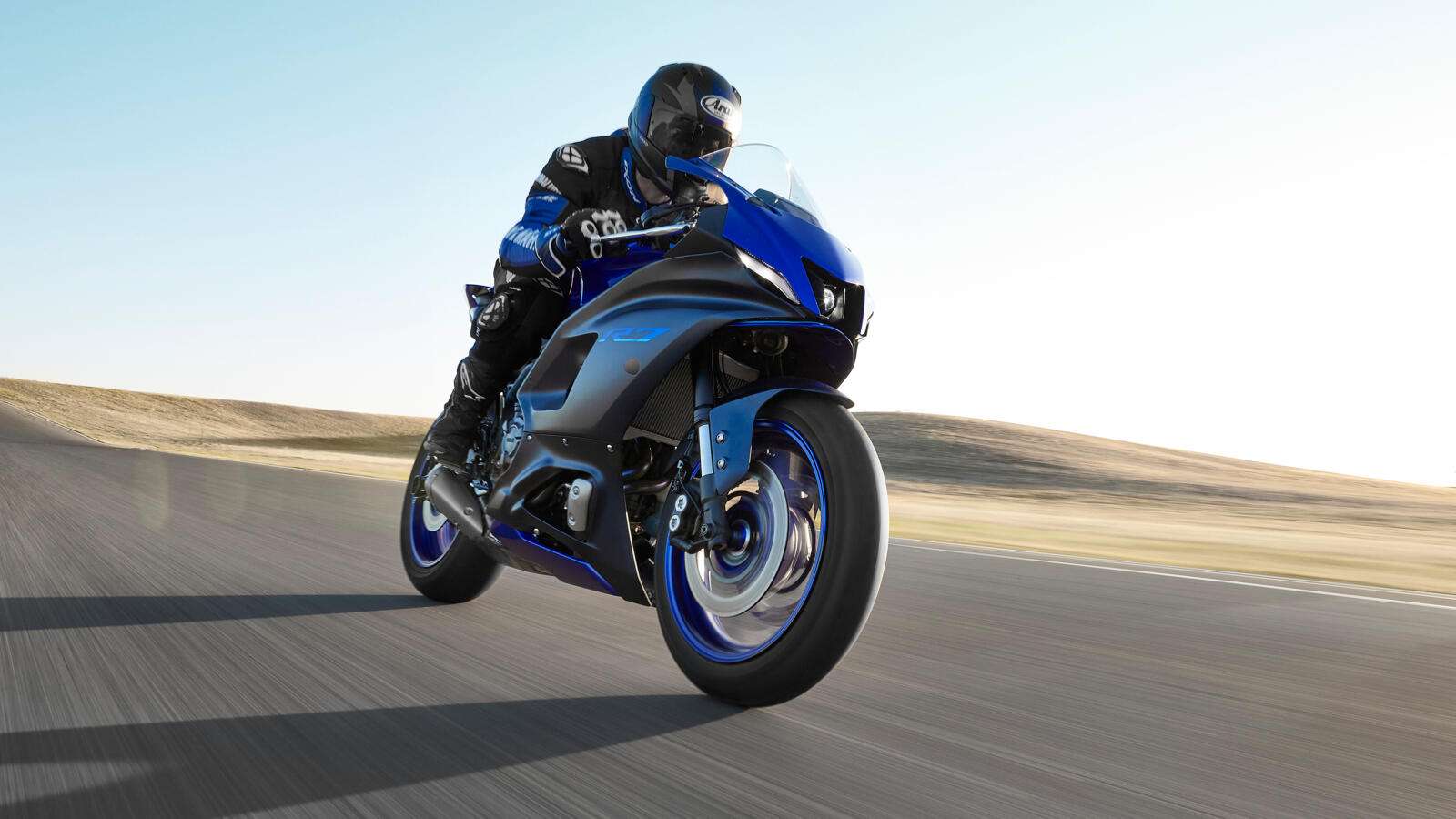 The last R7 was a strange paradox – it was released in 1999 as a 750cc. In-line, four-cylinder designed as an homologation bike so that Noriyuki Haga could have a proper go at Carl Fogarty and those blasted Ducati twins in World Superbikes.

Ultimately, the endeavour was a failure because Haga left the championship with a series of bridesmaids awards and no titles. However, while he never quite found the top step of the championship podium, his flamboyant, do-or-die riding style won over the hearts of the world. He was not always people’s top choice, but absolutely no one could say they were rooting against him. Haga managed the rare feat of having no haters.

With this universal love for the rider came an associated respect for the motorcycle he rode, so the R7 achieved a legendary status and is looked upon fondly by all those who were lucky enough to live through that era.

Obviously, they didn’t look upon the bike in person because Yamaha made only 500 of the things. It cost a bucket-load of money and, for some odd reason, Yamaha chose a horsepower output of just 107. This is in an era where its more hum-drum peers were seeing close to 150hp. Owners could purchase a performance pack for a second bucket of money, and only then would it see power north of 160hp.

Nonetheless, the R7 has a legendary name, and that name is set to be revived.

Yamaha had teased the idea of an R7 return, and of course, the world imagined another majestic, Haga-style return, but the resulting motorcycle is both very disappointing and also much more exciting.

Unlike the previous four-cylinder WSBK racer, the new R7 will essentially feature the 689cc parallel-twin motor from the naked MT-07, pushing 74.8hp and 68Nm of torque. That’s quite a departure from the tyre-smoking World Superbike brutality of old, but it is also a damn good idea.

Yeah, we’d love another cool 750cc superbike, and we might drool over the idea, but how many people are actually going to buy one? On the other hand, the 300cc and 650cc classes are positively booming right now. We’ve already seen the global ascension of 300cc Supersport racing, so why not a 650/700 twin class also? Honda has the CBR650R, Kawasaki has the 650 Ninja, Suzuki has the SV650 and KTM has the 790. Perhaps the R7 is the missing piece of the puzzle.

Beyond the motor, the rest of the motorcycle is frankly invigorating. It uses a lightweight backbone style frame meaning the R7 is the narrowest of all the R-series motorcycles, narrower than even the R3 and the R125.

The suspension is made up of 41mm KYB upside-down forks with adjustable preload and damping. The rear is handled by a link-type Monocross system. Braking, meanwhile, is dealt with by Brembo radial callipers.

The sporty package weighs just 188kg with all fluids on board and should be good fun for both the rider and the rider’s wallet.

It’ll be cheaper than a four-cylinder superbike, although the exact price and date of release are still to be confirmed.