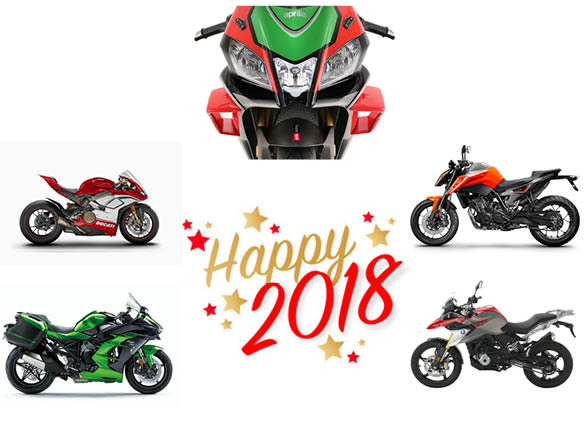 Welcome to 2018 from The Bike Show

Welcome to 2018. Many people might comment that we are eight days late, but chances are high that you spent the first seven days still lounging on a beach, yelling at your kids and everything you did at the end of 2017. Chances are also great that you are now reading this at your desk as you avoid actual work at your first day back at your employment, so today is truly that first day of the year. 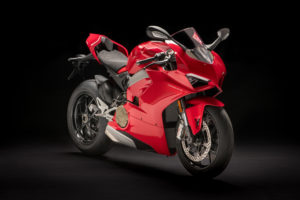 Fear not, as there is much to be excited about this year. There are new motorcycles on the 2018 horizon, and the first to step up to the plate is Ducati. They already hosted the launch of their Multistrada 1260 in December where Donovan nearly fell off the odd cliff and at the end of January, he might die again at Valencia where Ducati will be releasing their daring new Panigale V4. 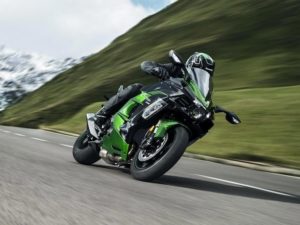 Honda has a new Goldwing in the wings, Aprilia has literally stuck wings on the RSV4, BMW have a new 310GS on the way, KTM are finally releasing their 790 Duke, Kawasaki are unleashing the SX version of their supercharged H2 for the “more mature” touring rider and these are just the tip of the iceberg. This is going to be a fun year for new bikes.

On the events front, the Fourie rallies, including the Impala Rally on 9 March, will be good fun again, as will the Ink & Iron at the beginning of March, plus the Poison Rally at the end of the year. Apart from that, there are an average of five biking events every weekend. If you want yours to feature on our site, be so good as to click on the Events option at the top of this page, and submit it. It’s all free. 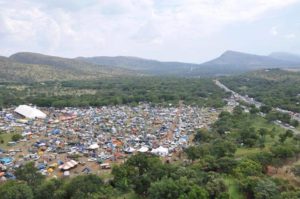 World Superbikes have introduced some unfathomable new rule that restricts them somehow. The idea was to help bridge the gap between the factory Kawasakis and Ducatis,and the rest of the field that are all pretty much running privateer outfits, but instead this seems to have made Johnny Rea even faster. With that, World Superbikes should again be an excellent cure for insomnia.

MotoGP, on the other hand, looks like it’s going to be as exciting as ever. Marquez looks dominant again, but Yamaha should have some ideas of how to work the kinks out their M1. Meanwhile, Gigi Dall’Igna’s methodical approach to Ducati’s MotoGP project should see the team be even stronger this year, plus Jorge Lorenzo seems to be coming to grips with the red machine more and more. Maniac Iannone has had a year to come to terms with the Suzuki and KTM have a had a year to come to terms with being in MotoGP. Then there is Zarco… 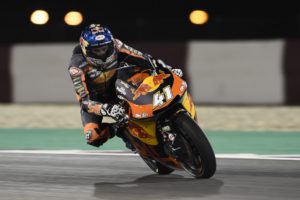 And then on to the important stuff – the Binders both have factory KTM rides in 2018. Brad will again be improving his riding in Moto2 and is sure to be a front runner, while younger brother Darryn has his first shot at a competitive ride aboard the Ajo KTM in Moto3.

So, 2018 is going to be a lot of fun. The Bike Show TV and The Bike Show website will be carrying on throughout. We would love to tell you exactly what we are filming and typing, but that would mean that we knew ourselves. We are most certainly not that organised, but it has seemed to work for the past six years and people seem to still be on board. Whatever we do, it should be good fun, and please keep checking back on this website as there will be new stories up every day. Some of them might even the good.

Welcome again, and as the say in the movies, stay tuned.