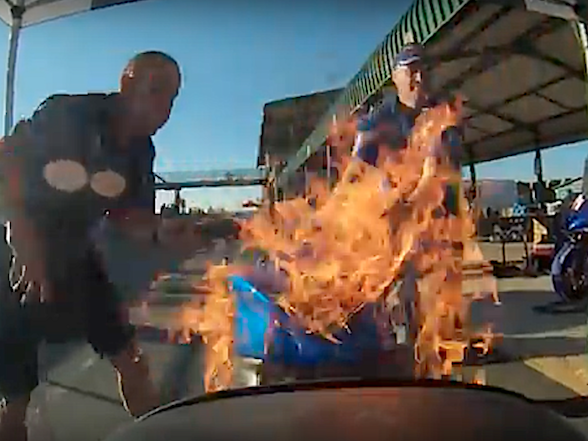 Video: how to set a motorcycle on fire

For the past two years, The Bike Show has taken part in the Red Star Endurance Racing Series that is comprised of three races – a 4 H0ur, an 8 Hour and a 12 Hour. Our trusty Suzuki GSX-S1000F race bike has never let us down, despite having had many a bolt left loose, many a bolt left off completely and the odd case of sending it out with four bar in the tyres. This takes the cakes though, or at least bakes it. It was during one of our infamous pit stops that we managed to top all our previous incompetencies by setting the bike on fire. Despite a bit of light incandescence, it still finished the race. Look on:

Onboard lap with the Ducati Panigale V4 “Performance”