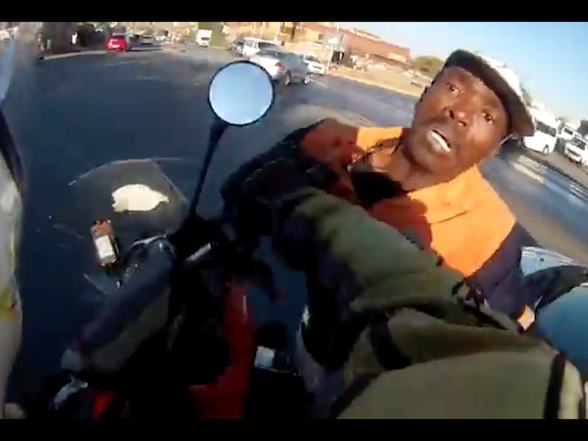 This video is doing the rounds throughout mainstream media, mostly penning headlines such as “Biker foils smash and grab” and “good samaritan biker stops smash and grab” but we are a biking website, and are wise enough to spot the two cylinders poking out the side of the bike and specify that this motorcyclist was a GS rider. 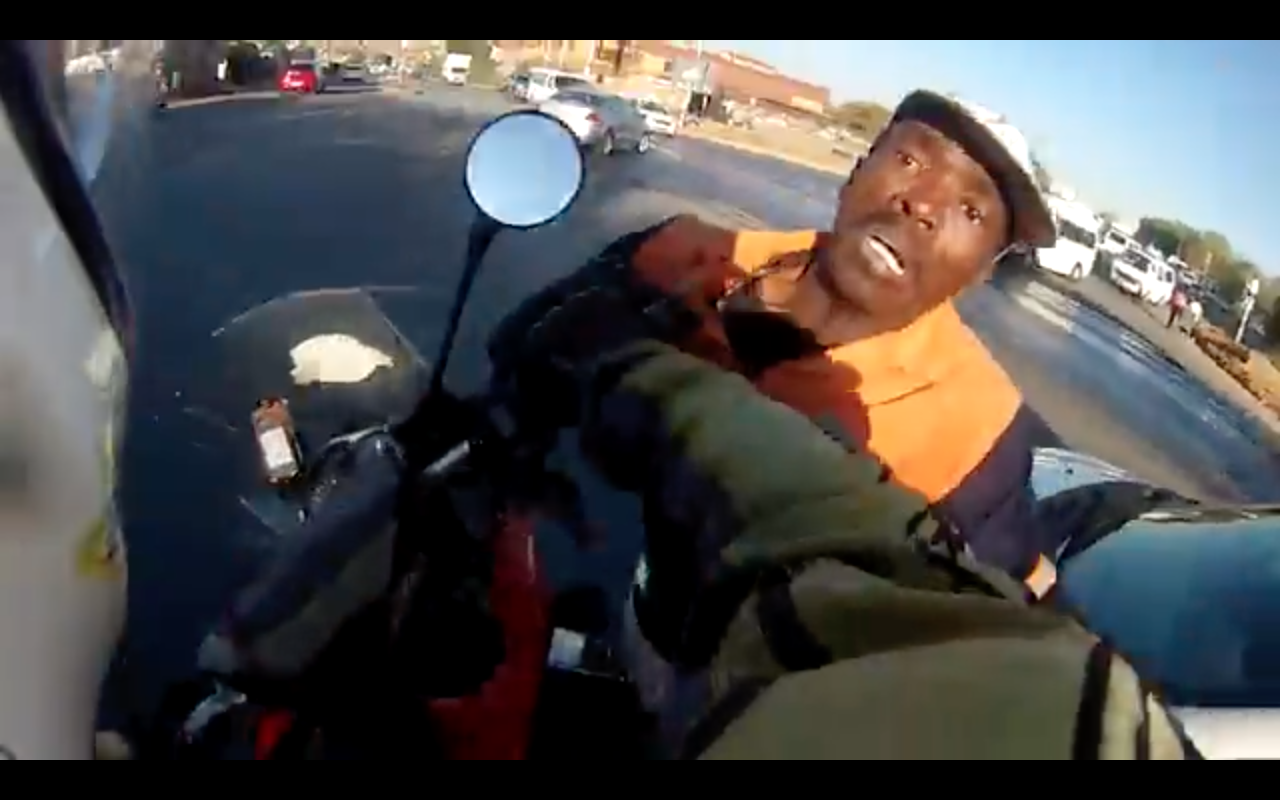 Those cylinders certainly helped Anton Damhuis who foiled the attempts of a miscreant as he was smashing and grabbing a laptop from a passing motorist on the corner of London Road and 13th Avenue in Alexandra.

The man was on the passenger side of the car, reaching in and grabbing a laptop bag when Damhuis slammed him into the car with the assistance of his cylinders, and after a short chase, the laptop was dropped and retrieved, with the somewhat stunned looking motorist retaking possession.

Most mainstream are hailing Damhuis as a good samaritan and a brave biker, but we all already know that motorcyclists are both good people and brave. We thank Anton Damhuis wholeheartedly for helping show the world.

See the video below: