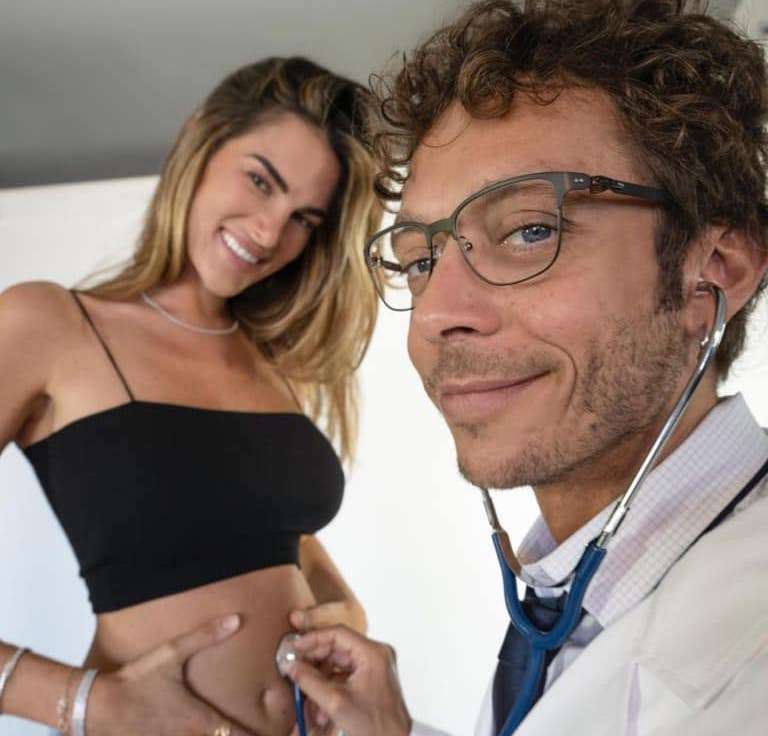 To put it more accurately, his girlfriend of more than four years, 27-year-old model Francesca Sofia Novello, is pregnant, but saying that Rossi is pregnant is the sort of thing people do, even though most of his contribution is to the pregnancy has already happened.

The 42-year-old MotoGP racer made the public announcement on his sizeable social media platforms, showing images of him in a doctor’s coat and glasses holding a stethoscope to Francesca’s belly.

While Rossi is known as “The Doctor” and has received an honorary doctorate, it’s believed that pregnancy and midwifery isn’t exactly his field of expertise.

So far, we are unclear how far along she is, nor the due date, but they have confirmed that she is having a girl, meaning she is probably more than 18 weeks along.

The news of the impending Rossi family comes two weeks after the nine-times old champion announced his retirement from motorcycle racing after this season, marking the end of a 30-year professional racing career.

Rossi is expected to spend his retirement racing cars, tending to his VR46 Academy, running his VR46 MotoGP team that will feature his half-brother Luca Marini and now being a father.