24/04/2018
Most people will remember this momentous occasion. Most South Africans still celebrate it with the same hearty sincerity they did in 2016. The last time a South African had won a circuit race at Grand Prix level was in 1981, the year after Jon Ekerold miraculously won the 350 Championship on a privateer Bimota beating the works Yamahas. Some South Africans remember that long ago, although their memory now has got to that unfortunate stage where it starts disappearing (side note: follow Jon Ekerold’s FB page. It’s fascinating and insightful).

The 2016 season had started off with frustration for Binder as he had placed himself beautifully on the last lap of the season opener in Qatar aboard his Red Bull Ajo KTM Moto3 racer, leading going into the pit straight having already worked out from previous laps that the others slip streamed past him only after the finish line. Unfortunately, on this lap, Niccolò Antonelli had managed just a little more drive and a little more slipstreaming, and just pipped Binder to the line. That inaugural win was becoming elusive. 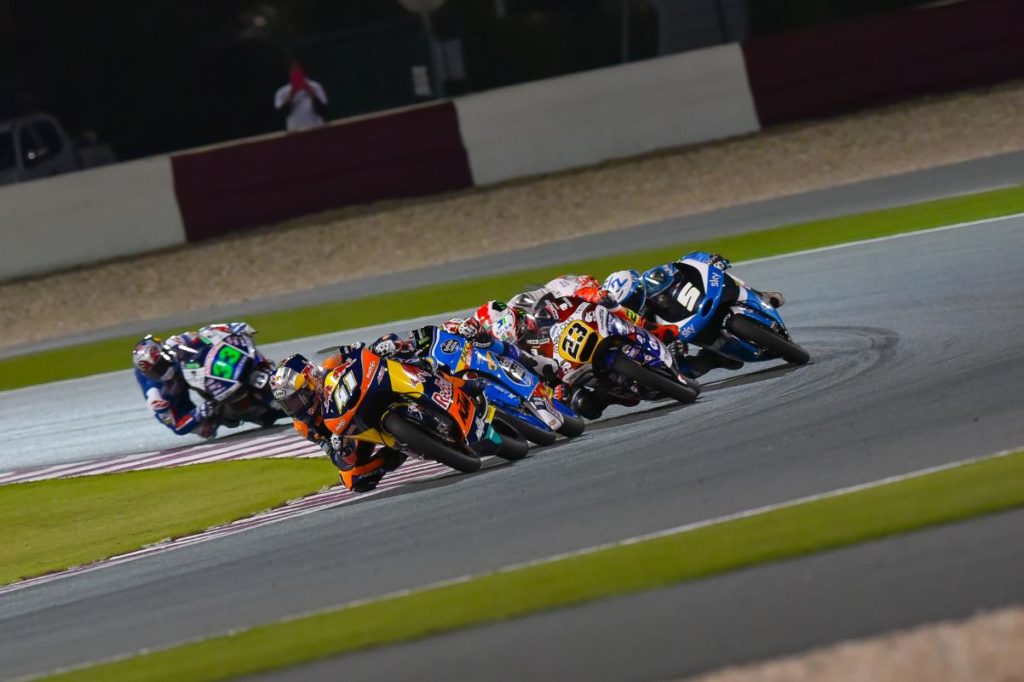 The second race in Argentina was wet, and saw the Malaysian rider Khairul Idham Pawi storm off in an impressive display of sideways antics, winning the race by 26sec ahead of Jorge Navarro with Binder a further four seconds back. COTA saw another podium as Binder came across the line in third, but that win remained just out of reach.

Things went badly for Binder at Jerez after a minor technical infringement saw him relegated to the back of the grid in 35th. This was not good news for the South African. His pace had been good throughout practice, but Jerez is a circuit bereft of many overtaking places, meaning the going would be tough.

He got an excellent start passing a dollop of riders into the first corner. From then, he overtook riders in every place possible, rising to 23rd by the end of the first lap (after getting clipped by his brother Darryn), going into the points on lap three, then making it into the top ten on lap six and then into the top five on lap eight, carving through riders like a hot knife through butter before moving into fourth.

There was a three and a half second gap to the dicing top three, but methodically that gap closed, on some laps by 1.2 sec, until he was right on them with ten laps still to go.

This Binder kid is a bit special hey! With this rhythm he can win with a gap! #Moto3

Throughout the race, he skidded and slid his KTM around the track, something not traditionally done on Moto3 bikes that were always ridden smoothly. It seems that no one told Binder this.

With six laps to go, he dived up the inside of race leader Navarro, taking the lead, and by the end of the race he was 3.3sec ahead as he crossed the finish line triumphantly. 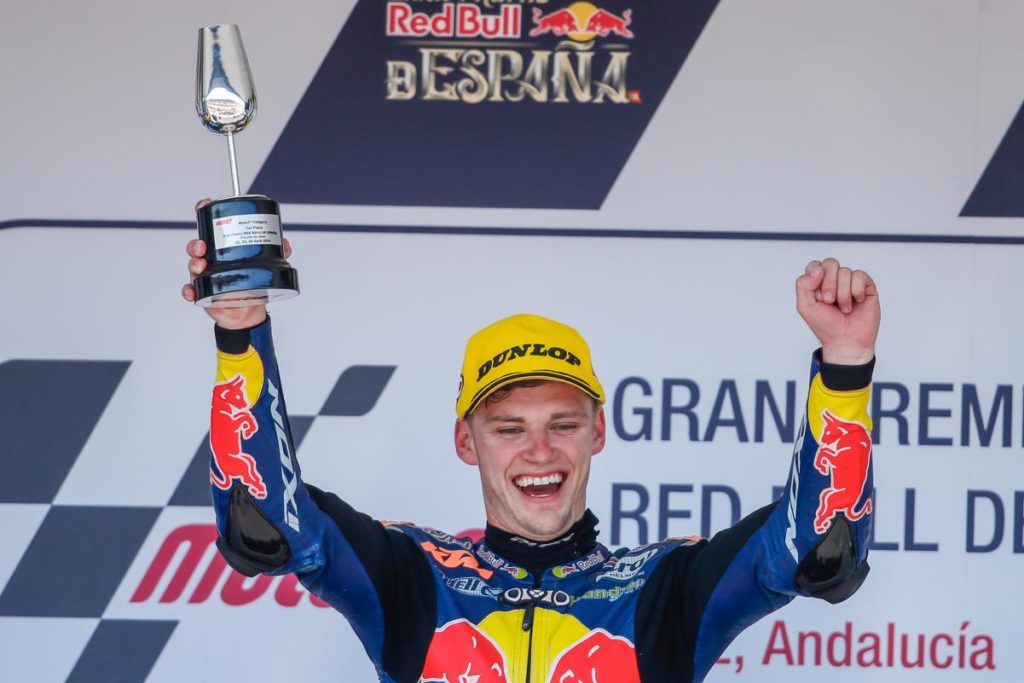 By Aragon, with four rounds still to go, he was world champion, the first South African GP champion in 36 years. With his progression in Moto2, it doesn’t seem unlikely that this little country at the bottom of Africa will see another championship trophy coming home some time soon.