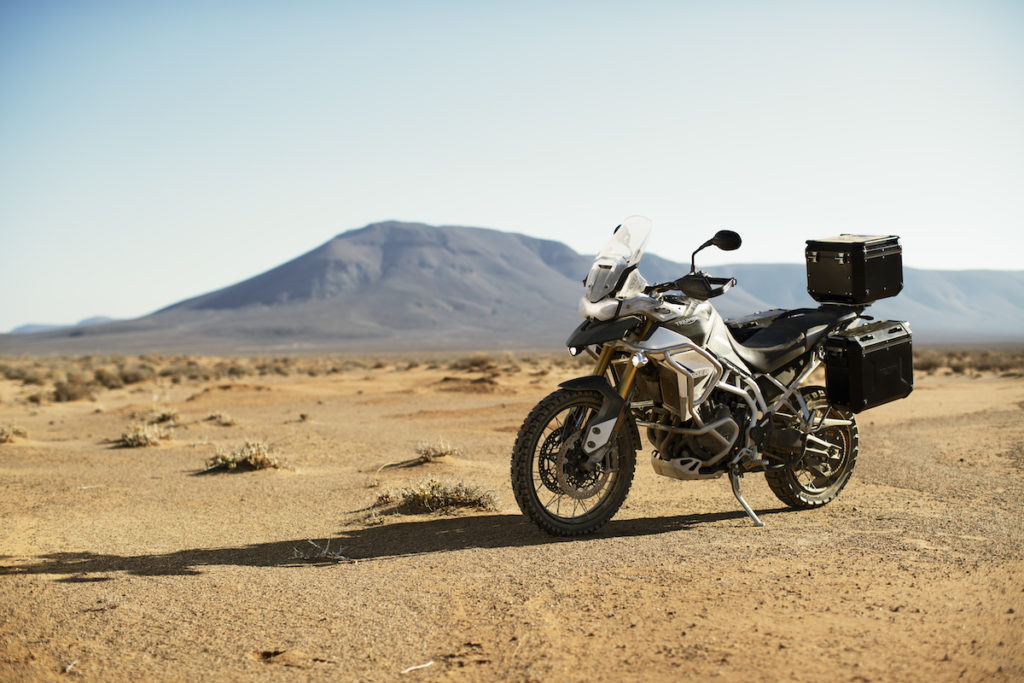 As expected, tonight Triumph Motorcycles unveiled their new Tiger 900; more specifically the Rally Pro version that will be the only Tiger 900 gracing South Africa’s shores. As we said previously, the new Tiger 900 is going to be good. We know this because the Tiger 800 is still very good and it’s simply impossible that the 900 will be worse. The features list tells us many encouraging things.

The motor is an 888cc triple achieved by increasing the bore from 74mm to 78mm and leaving the stroke the same. While this usually means more top-end power, Triumph has claimed that this new motor pushes 10% more torque than the outgoing model at 87 Nm, and while the maximum horsepower remains the same at 94, the midrange power increases by 9%.

More than bigger pistons, the firing order of the Tiger has been changed to a 1, 3, 2 giving the motorcycle a different character that was summed up perfectly by Triumph: “The result is improved intake noise under load, more feedback from the engine to the rider, an incredibly distinctive engine sound, and improved tractability and throttle feel, pulling harder, lower down. The result of that is a much closer association to the throttle character, sound and feel of a twin lower down, whilst maintaining all the torque, feel and delivery in the mid-range and top-end of a triple.” 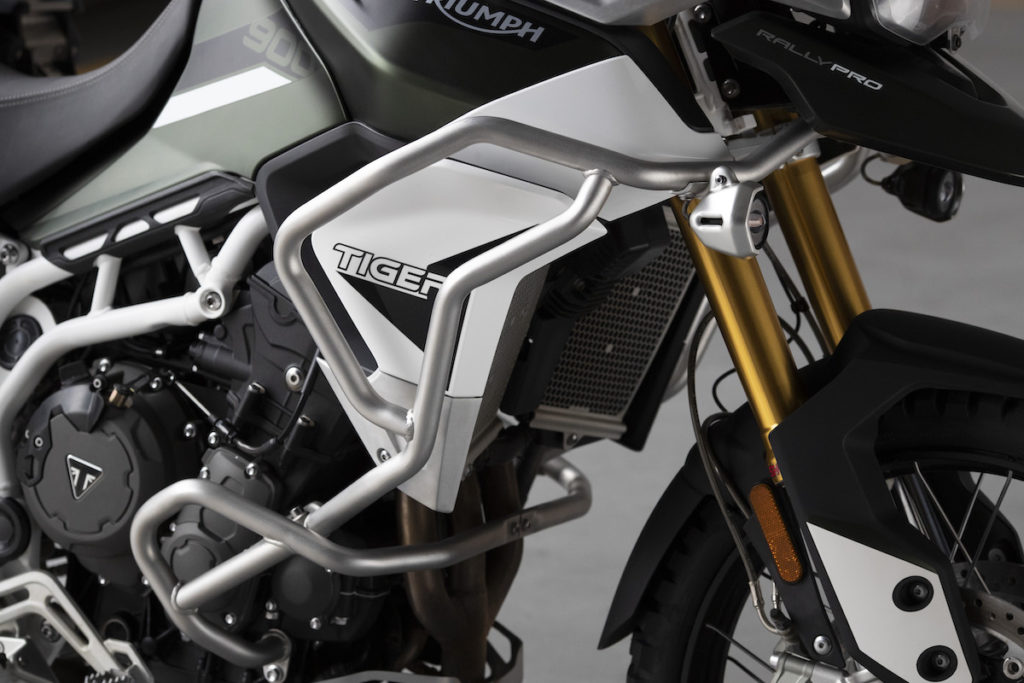 There’s a new twin radiator setup that offers not just better cooling and less hot air felt by the rider, but allows the motor to be moved 40mm forward and 20mm lower for better handling and feel. There’s also a new airbox with easier access to the air filter.

Helping that further is an overall weight reduction of 5kg, aided by a lighter, modular steel-trellis frame with a bolt-on sub-frame and pillion rear sets. The suspension is from Showa with a massive 240mm travel in the front and 230mm travel in the rear. The brake callipers are Brembo’s Stylema models, the same found on the top superbike machines.

The seat is 10mm narrower giving the rider’s legs an easier trip to the floor. The handlebars are 10mm closer to the rider for a more upright seating position and better control at low speeds. The seat is adjustable by 20mm.

Price is still to be announced but the first units are expected to hit South African shores between April and May.