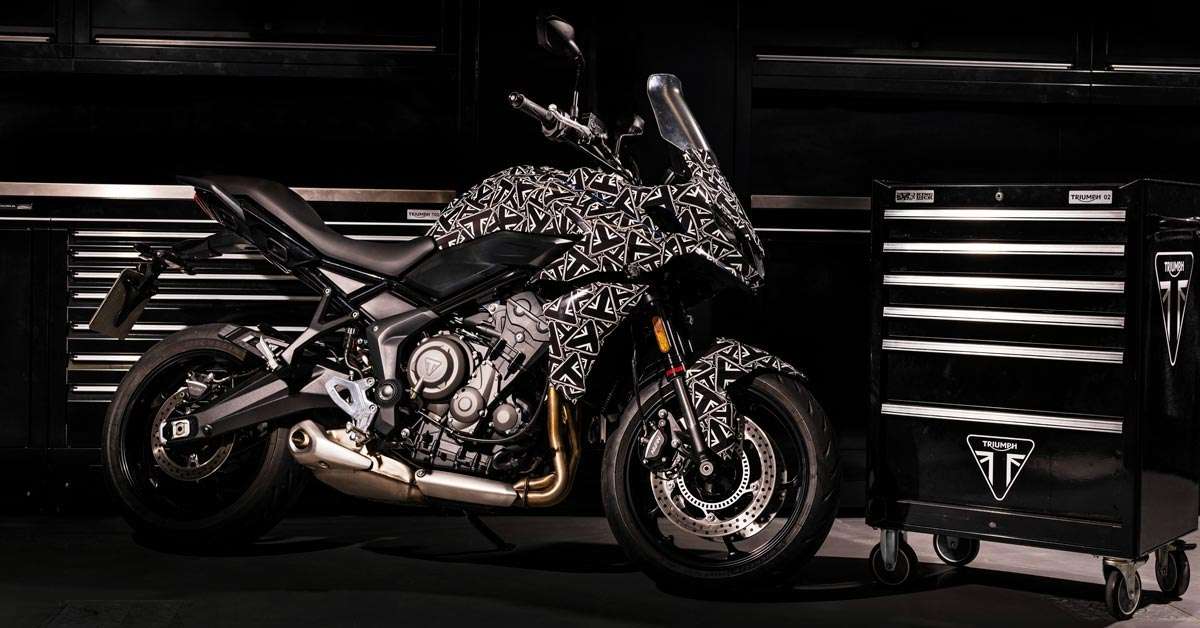 Back in the good old days, photographers would sit outside motorcycle factories and testing facilities, awaiting a glimpse of something new that they could snap away at to sell to the hungry media houses.

Often, photos were not flattering – blurry or showing bits on the test bike that the factory would rather people not see. One trick that bike testers would do to avoid photographic prying is pulling a zap at the camera to render those photos unusable.

If that didn’t annoy photographers enough, Triumph now has the audacity to share its own leaked photos with the press, offering images that are not only nicely done but somewhat flattering and showing only what Triumph wants people to see.

The newest in the “accidental” mass leakage is the new Triumph Tiger Sport 660, showing that Triumph is going to milk this triple motor, based on the 675 Street Triple and Daytona sportbikes, to the maximum. It might seem like lazy engineering, except that this motor is rather good, as we have seen with the latest Triumph Trident 660 sporting that exact motor.

Because the images are “leaked”, Triumph has shared no details about this model except the name. The bike they used is still in the testing camouflage. We can, however, assume that little fettling will be done on what they have in the Trident.

If so, the Tiger Sport 660 will feature the same 660cc triple motor pushing 80hp and 46Nm of torque. It should also have a host of electronics, including some sort of digital dash.

While the Tiger is famously an adventure motorcycle with off-road capabilities, the Sport version is road-orientated with 17-inch wheels, shorter suspension (most likely from Showa) and road tyres. It should have the comfort of an adventure machine with commendable handling. We know all this because that’s exactly what the Tiger Sport 1050 had.

No word on price or availability has been given yet.