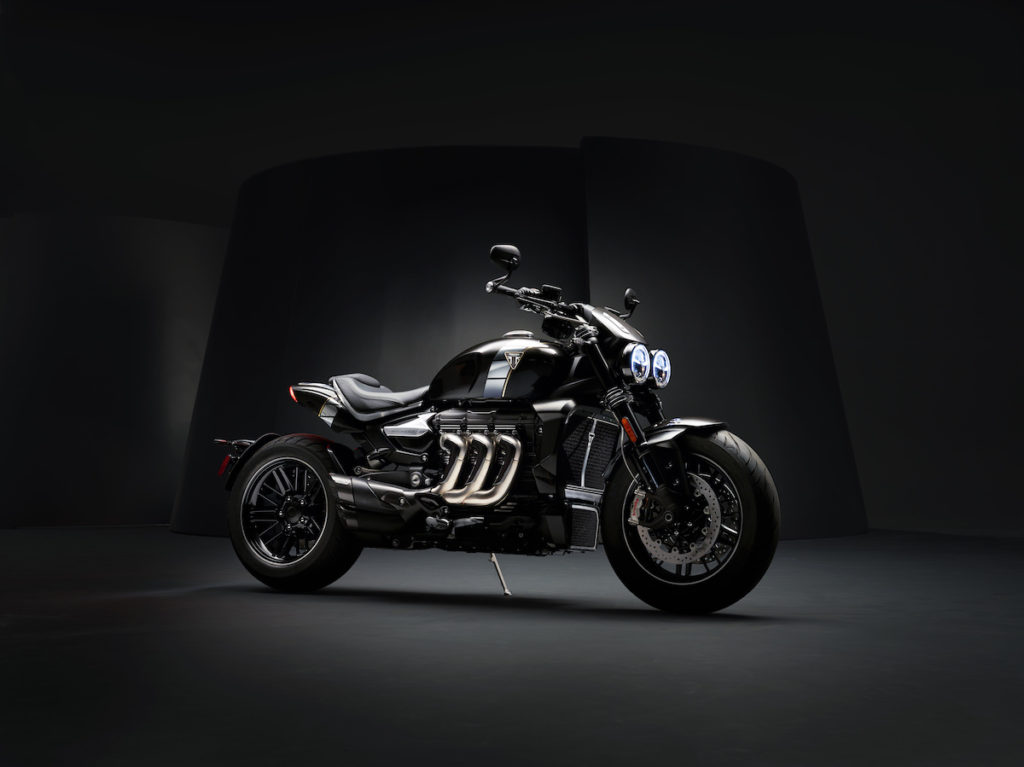 This is extremely odd – Triumph has sent out a press release announcing their new Triumph Factory Customs, denoted as the TFC models, with saucy modifications to the brilliant Thruxton including new Ohlins suspension, Brembo callipers, ten more horsepower, titanium Vance & Hines silencers and tasteful fairings in carbon-fibre. There will be 750 of these specials produced, all with an individual number on the top yoke. Availability and price are yet to be announced. 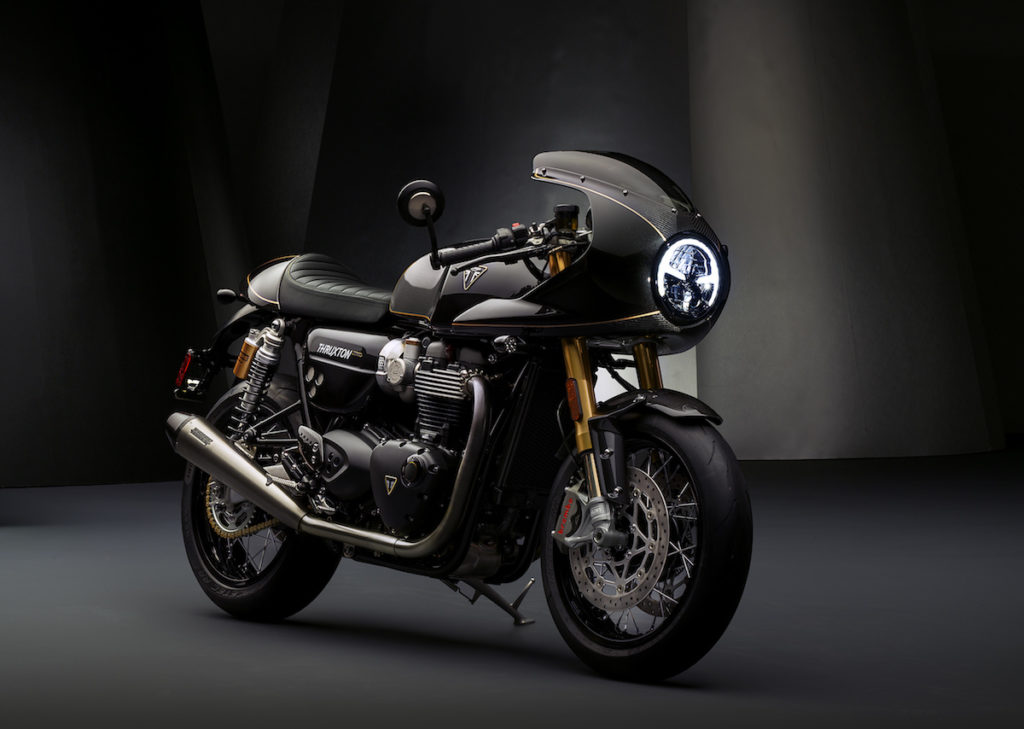 That was the one model announced in the TFC range, the other is a Rocket 3. Now, if anyone has been paying attention, they would have noticed that the mighty Rocket no longer exists. And yet, here one is. A new one, cleverly snuck in under covers of the TFC announcement.

Obviously, there are no details given yet, with the only information being that more information will be provided on 1 May when we presume this model will be launched. With no details, we have only what we can see, and what we see is the British taking a serious run at the Ducati XDiavel. The swingarm is now a single-sided unit with a stunning wheel that looks like something similar to that from Bologna. The front forks look more beefed up, the front callipers are proper Brembo Monoblocs and the motor will no doubt get a full once over from the previous 2.3L triple, a bike that pushed the most torque of any petrol powered production bike. 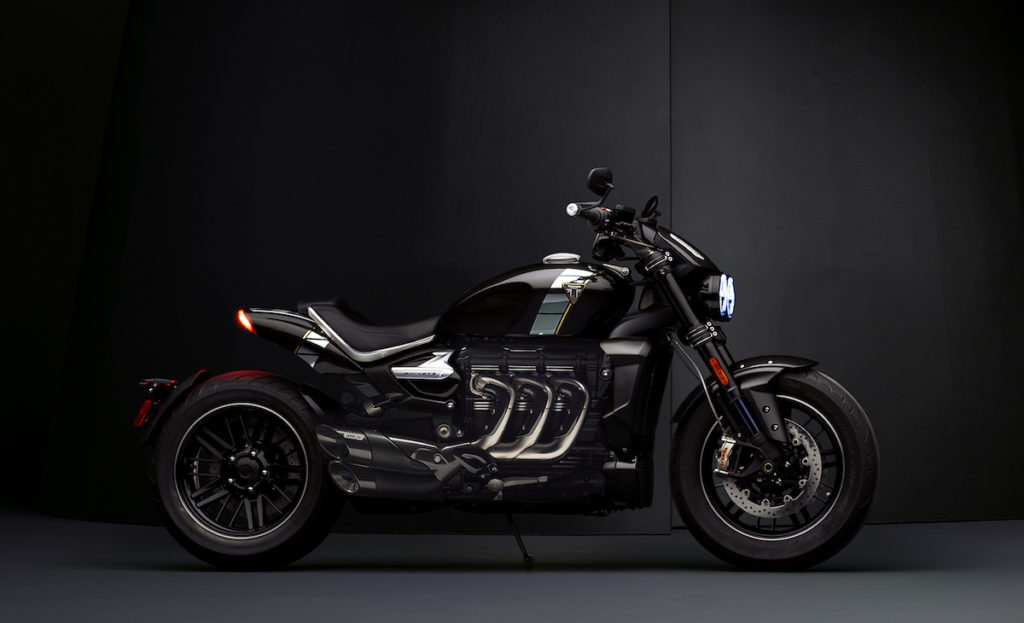 It was most certainly a beast to ride, and we still to this day state that when you open the throttle on Rocket 3, the bike does not move forward but rather the earth is turned beneath you. This model will certainly be more of that, plus we are pleased to see that they are keeping up with the styling cues that Triumph are becoming more and more famous for. 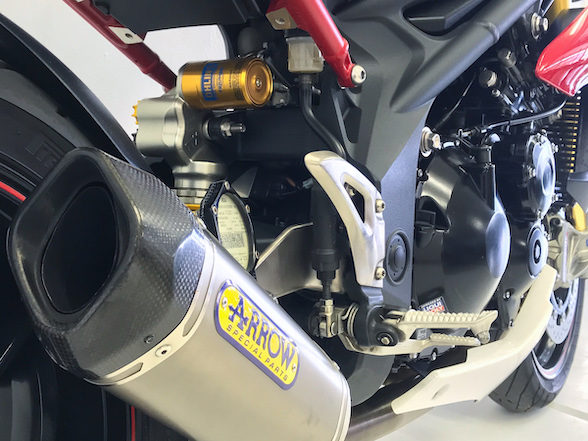 Fire It Up Review: The cleanest Triumph Speed Triple in the world