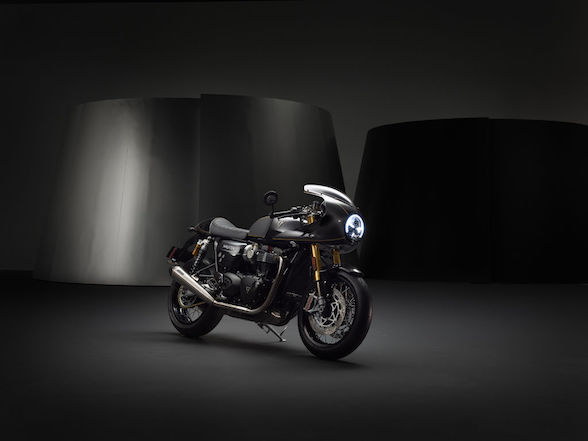 Triumph South Africa has announced the prices of their upcoming 2019 models due to be released throughout the year. These include the Scrambler 1200XE, the Thruxton TFC, the Speed Twin and Bonneville T120 Ace and Diamond editions. 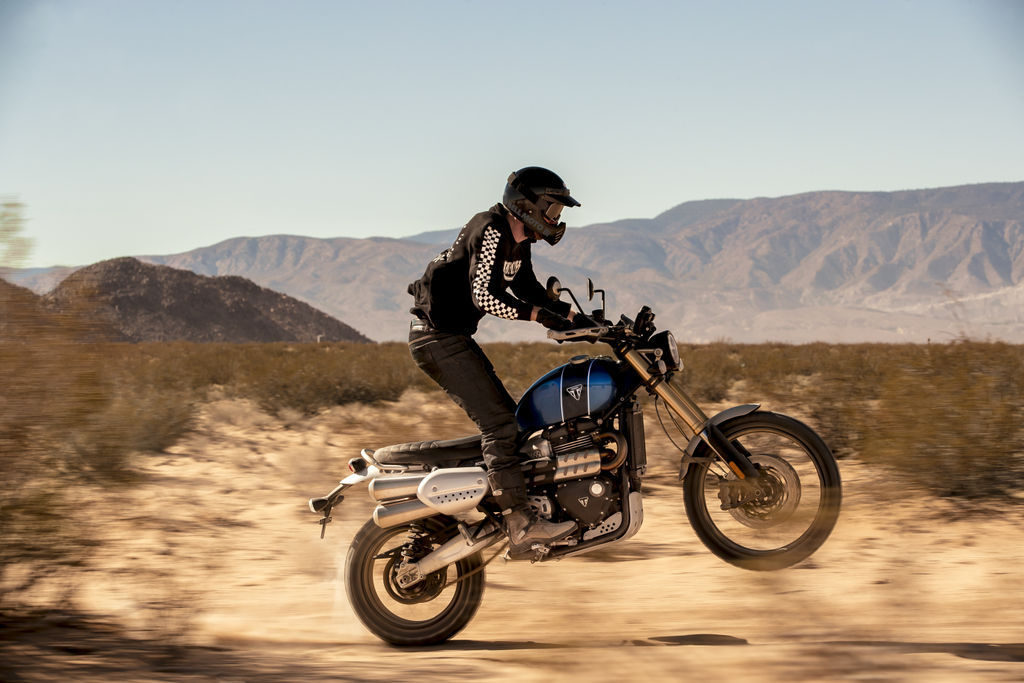 Let’s not kid ourselves – this is the one that should be the most sought after in our expansive and mostly sunny South Africa. In Europe, the term “scrambler” is a retro styling theme harking back to the off-road racers of the 1960s that were mostly lifted road bikes with extra guards.

Actual plastic dirt bikes did not make an appearance until the 1970s when they were denoted as enduro machines, thus the term scrambler was never mistaken for anything else.

In South Africa, the term scrambler stalwartly endures as a bike with off-road prowess, thus when the first modern scrambler made its debut, South Africans went “hey?”

And as we warmed to the idea that scramblers are a style rather than a function, Triumph boggles our minds with the Scrambler 1200XE. It has all the styling hallmarks of the era, plus it has the added bonus of actually being off-road capable. 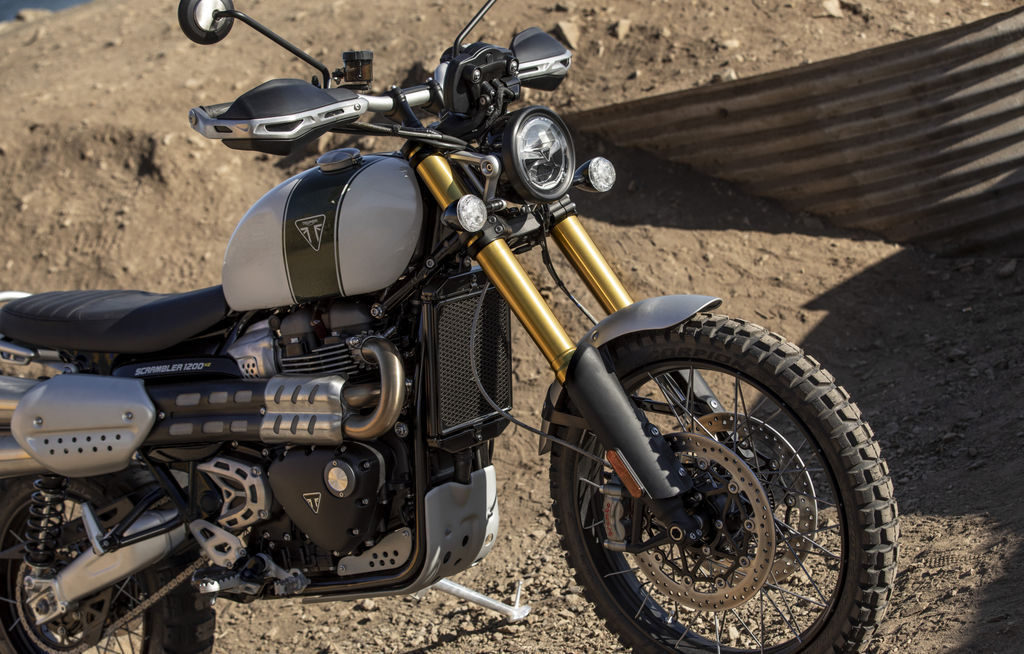 The most tantalising features are the spoked wheels housing tubeless knobbly eyes, a 21-inch front wheel and massive 250mm of suspension travel.

The 1200cc parallel-twin motor pushes 90hp and 110 Nm of torque, and is accompanied by a full house of modern electronics.

It has been launched overseas to universal acclaim and should no doubt be a cracker when it reaches our shores. Triumph South Africa is in the process of getting it homologated and it should be shipped as soon as this process is completed. It will be on sale for R205,000. 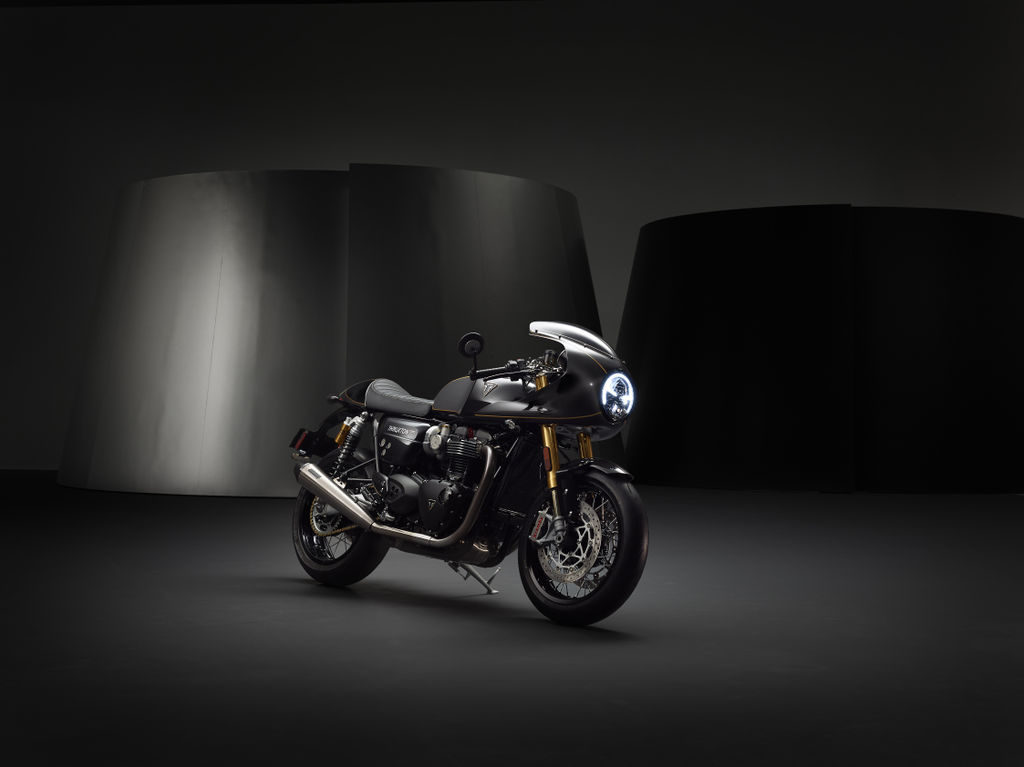 The Thruxton TFC edition promises to be something indeed, taking one of the most characterful and stylish motorcycles in modern times – a bike that won the Pirelli Bike of the Year – and making it that much more special.

And it ought to be, because the price is, shall we say, exorbitant? While the standard Thruxton R is R192,000, the Thruxton TFC will be coming in at R309,000. However, we mentioned the word special, and special is exactly what it is.

They are building just 750 Thruxton TFCs, meaning it will be wholly and fulsomely exclusive. The buyer will even receive a numbered badge telling exactly which of the 750 units of this prestigious machine you own. 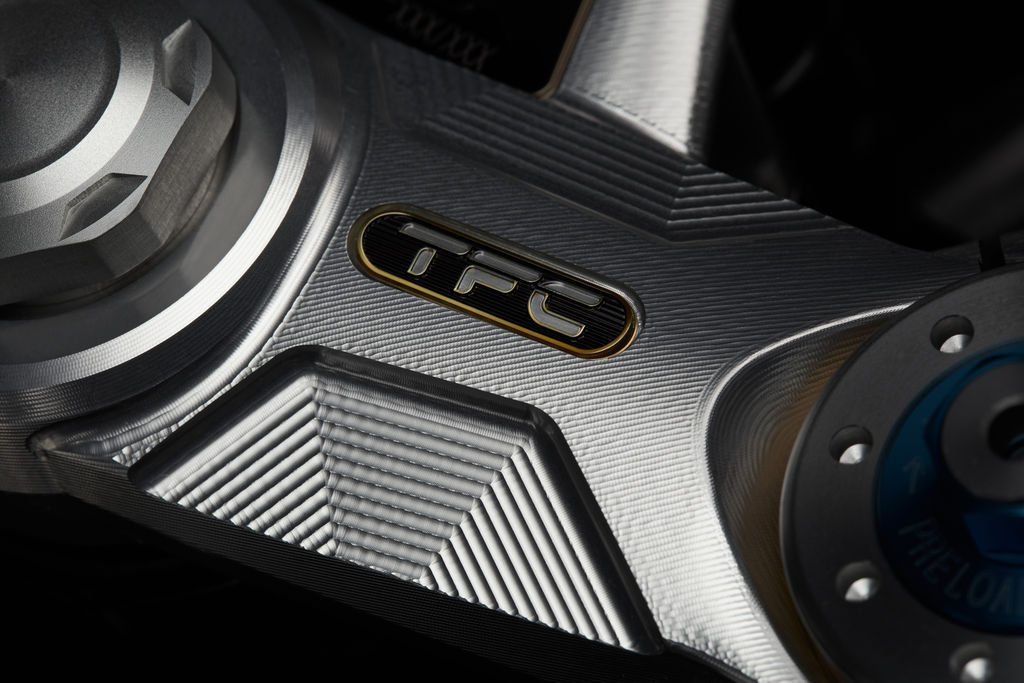 Finishing is done with carbon-fibre bodywork and a billet machined top yoke with the TFC numbered plaque. For more exclusivity, the buyer receives a personalised TFC handover pack with a book and a signed letter of authentication.

The Triumph Thruxton TFC is expected to land in May. 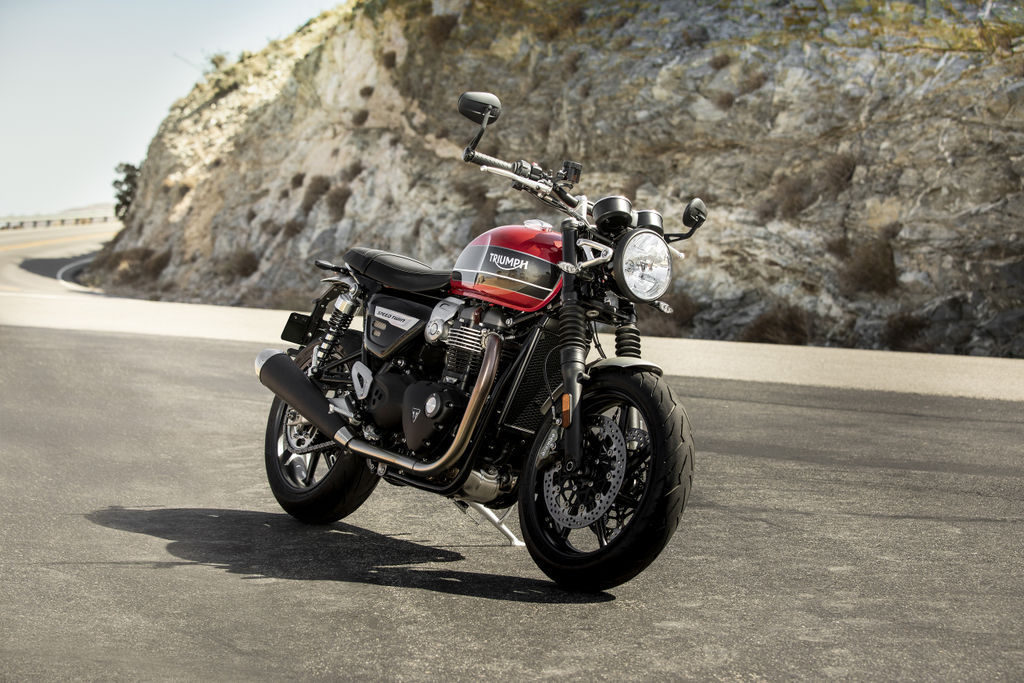 Triumphed has reintroduced the legendary name that took the world by storm in 1938 and is recognised as the world’s first successful parallel-twin – the Speed Twin. Now it returns and it should be something special.

To sum this motorcycle up, it is the ever-lauded Thruxton in a more useable chassis. The Thruxton is beautiful, exciting and ever-endearing, but it lacks the creature comforts to make it an everyday ride. The Speed Twin features a more upright riding stance, a more comfortable seat and more suspension. 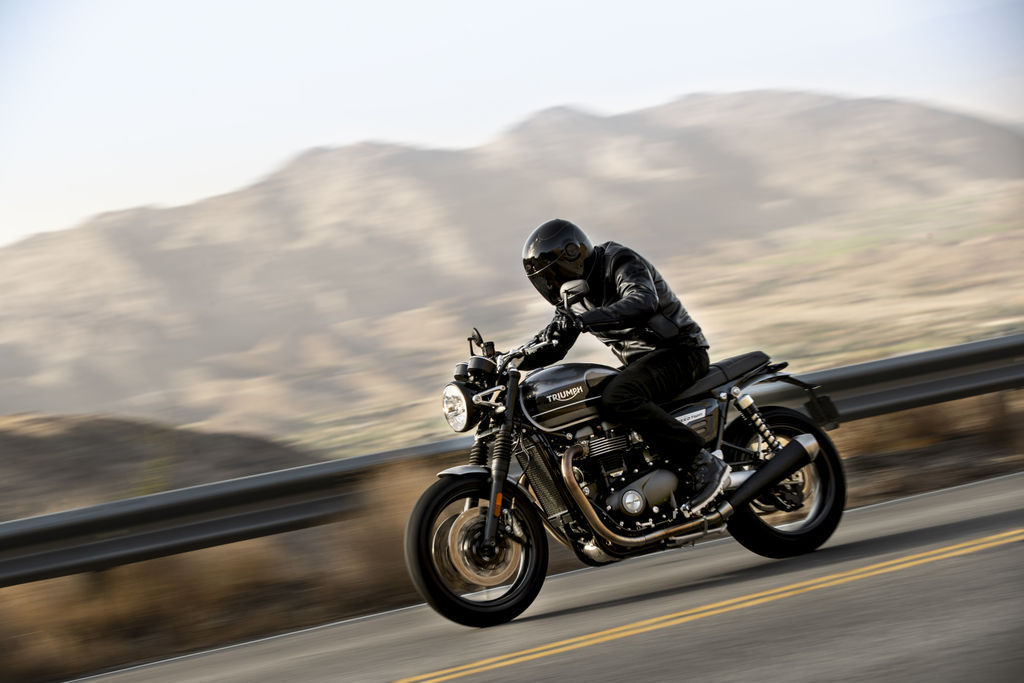 While it may not be as racing-inspired as the Thruxton, it will have more everyday fun, with that thrilling Thruxton soul ever present. It features a parallel-twin 1200cc motor pushing 97hp and 112 Nm of torque, and once homologation is complete it will cost a reasonable R179,000. 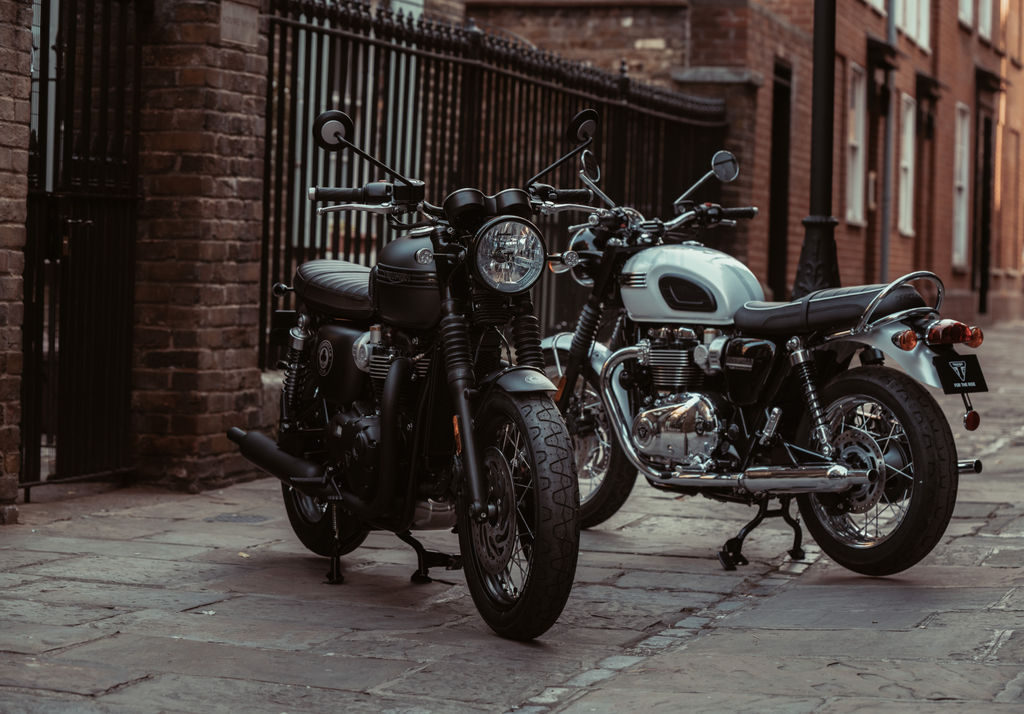 The Ace pays homage to the Ace Cafe in London that was infamous for illegal street races and where the term “cafe racer” has its roots. It features a one-off blacked-out “traffic light racer” theme in a Storm Grey with Ace Cafe striping colour and a “Head down – Hold on” graphic design on the tank.

There will be a run of just 1400 of these beauties all coming with a signed and numbered certificate. 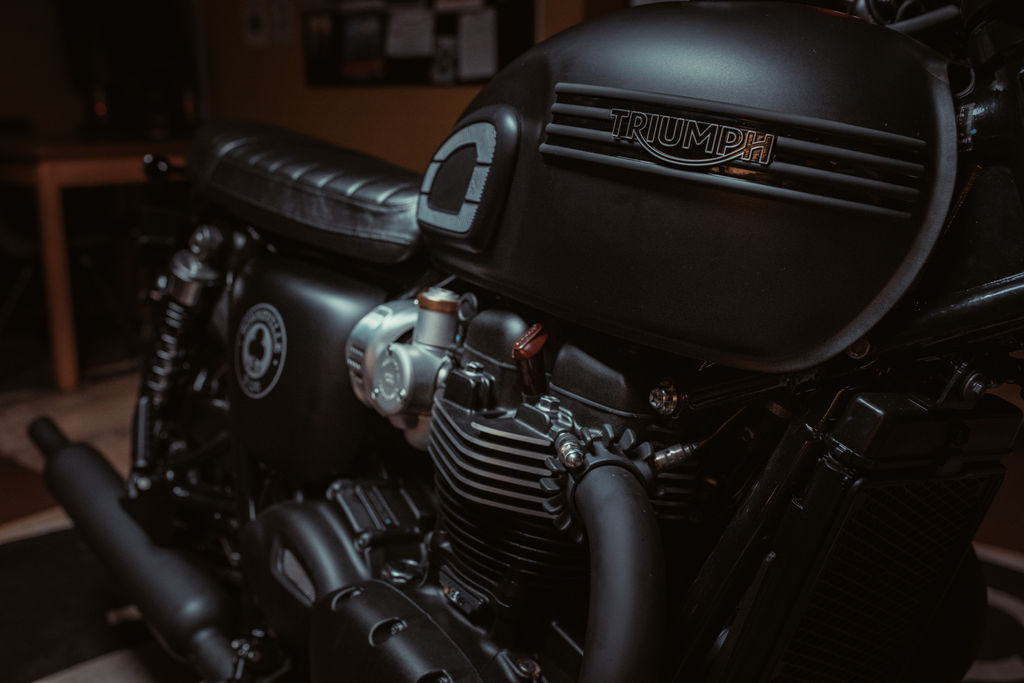 The Diamond Edition celebrates the Diamond Jubilee of the iconic 1959 Bonneville, and features a Snowdonia White and Aluminium Silver Union Flag paint scheme with a unique T120 “Diamond” side panelling.

There will be just 900 of the Diamond Edition built each also including a signed and numbered certificate.