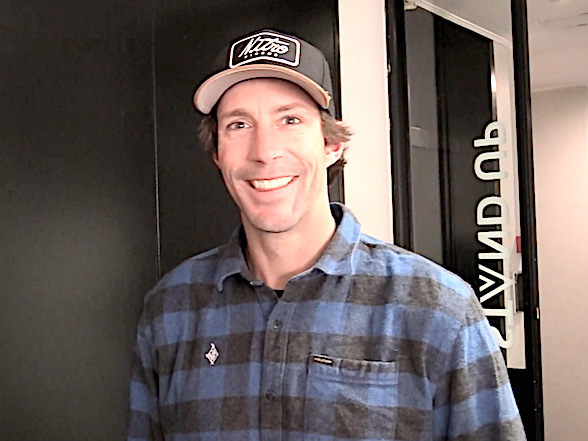 As we reported and showed yesterday, Nitro Circus front man Travis Pastrana was at the Primedia building in Sandton being interviewed on 94.7 Highveld Stereo and made one hell of an entrance, tearing through their offices on a Suzuki RM250 motocross bike; pulling wheelies, doing stoppies and doing a burn-out after being told not to. 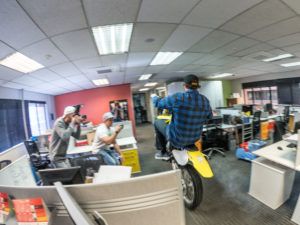 This is all as a build up to the next week’s Nitro Circus Live shows that will be happening this weekend in Cape Town, next week in Durban and next weekend at the FNB Stadium in Johannesburg. The team was last in South Africa in 2014 where the three shows recorded Nitro Circus’s first, second and fourth biggest crowds ever – the FNB Johannesburg show was particularly huge. It’s a solid two hours of extreme sports action with the team flipping motorcycles, BMXes, skateboards, rocking horses and bath tubs – we are not joking about the last two.

Also, this year Travis himself will be there, and that alone is a reason to go.

Between the interview and shenanigans, the ever humble and friendly Travis took time to chat to some of the media, including The Bike show’s Donovan Fourie. He chatted about racing against Grant Langston, hitting big jumps, coming up with crazy ideas and hitting even bigger jumps now that he is a father.

Below is the interview. There will be a bigger feature on Travis Pastrana and the whole Nitro Circus show airing on The Bike Show in the next few weeks. Meanwhile, herewith: