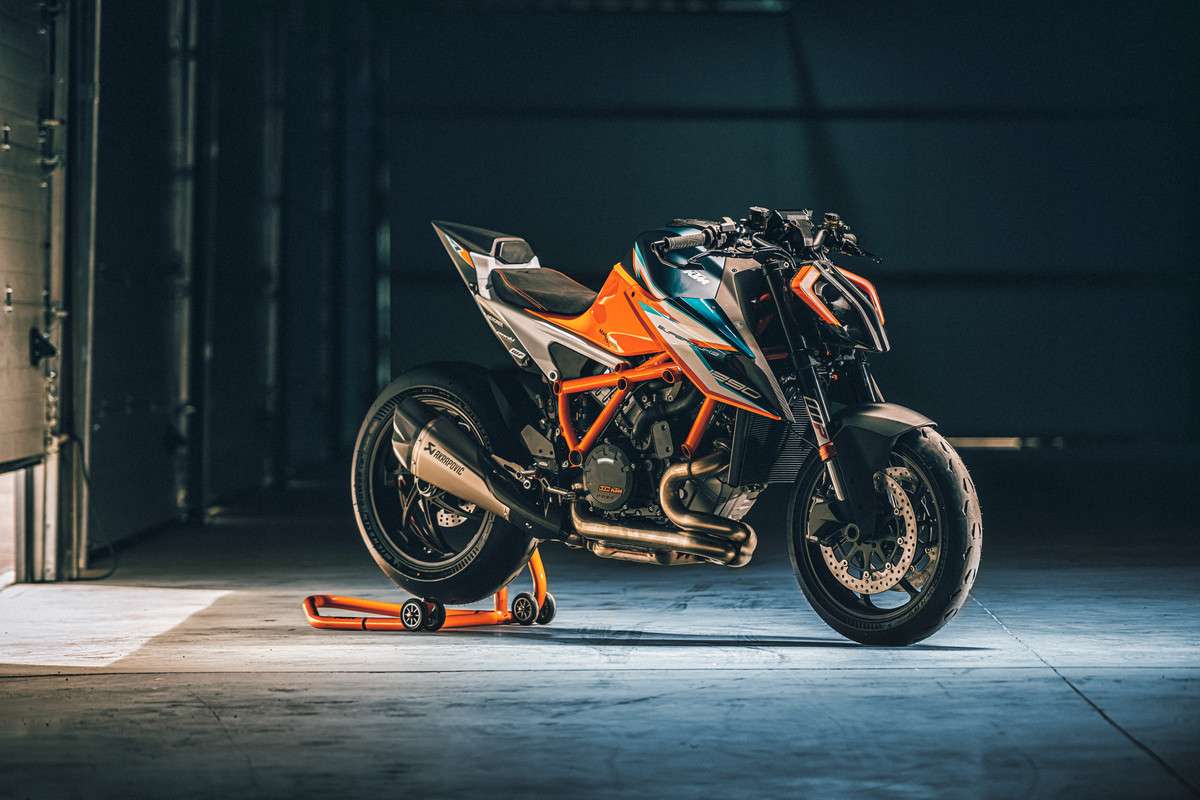 KTM is not normal – the Super Duke is the most mental motorcycle ever created. Pundits of spec sheet libraries will protest, pointing to such delinquents at the Ducati Streetfighter V4 or the supercharged Kawasaki Z H2. They have their giggle-inducing charm, and we would be happy to have any of them in our garages, but when the feeling of pure juvenile recklessness spawns within our delightfully immature souls, we will make a bee-line for the 1290.

It’s one of those things science still needs to explain.

So, KTM already have the most mental motorcycle ever created, and most motorcycle creators would simply rest upon their laurels there, but the only thing more mental than the Super Duke is KTM themselves, thus they will persevere.

Here is the fruits of their labour – it’s the RR, a more mental version of the most mental 1290 Super Duke.

Most relevant is the way it weighs nothing – a mere 180kg combined deliciously with a vile 180hp for a convenient one-to-one power-to-weight ratio. That’s a shedding of nine kilograms courtesy of carbon-fibre panels and subframe, wheels that save 1.5kg each, a lithium-ion battery saving 2.5kg, and a titanium and carbon-fibre Akrapovic slip-on.
For true track gusto, the WP suspension has been upgraded to the Apex Pro range, with the rear shock being custom made especially for the RR.

And it’s not just hardware – under the metaphorical hood is the most complete track-orientated electronics package ever seen on a KTM – and all as standard. Most notable of all in this package are the advanced Track and all-new Performance modes, which allow riders near-unlimited adjustability options for rear-wheel slip, throttle response, launch control and motor slip regulation.

Only 500 units are destined to see the light of day. The European allocation will be booked online directly. South African customers should get hold of their local KTM dealer quickly.