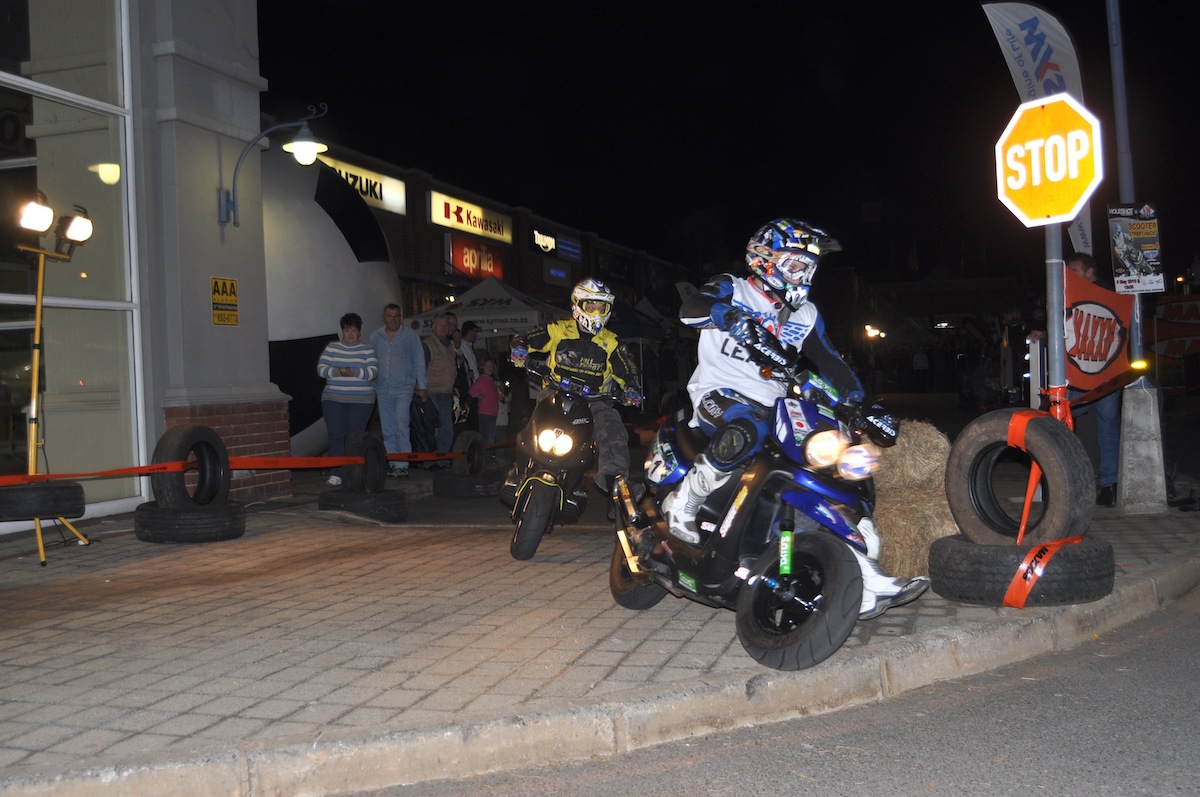 Racing has a simple recipe for success: make it cheap, make it simple and make it fun. Every racing class where people rock up on whatever they have and bang around a circuit for the joy of it will succeed, regardless of lap times or, mostly, how much silverware is won.

This recipe was epitomised during the mid-2000s by a group called Scooter101. These were the days when South African showrooms sported joys like the Yamaha BWS100, the PGO Naked 125, Gilera Roadrunner 150 and a host of scooters designed more to be fun and sporty than dreariness like fuel economy and safety. They were two-stroke rockets that cost less than a month’s salary and were easily fettled with expansion chamber exhausts made in a garage, air-filters from a pit bike and even bored-out cylinders. The entire package cost less than an old, secondhand Golf and it was glorious.

Scooter101 was organised by scooter and sticker kit enthusiast Brannigan Achadinha and started as simple night rides where a bunch of people would meet somewhere on their scooters and ride to various underground parking lots where benevolent havoc pursued until a security van chased everyone away.

It was some of the most fun anyone could have.

A suitable parking lot where centre management looked the other way was found, banting tape marked out the circuit and that night, racing commenced.

It was a casual affair – no classes, no technical rules and wrung whatever scooter you brung. There weren’t even clothing regulations, with individuals lining up in the shorts and t-shirt they worked in that day. The unsaid agreement was that if you fell and hurt yourself, there was no one to blame but yourself.

The turnout was fantastic, both in terms of competitors and spectators. Riders brought whatever scooter they had in their garage, and the parking lot was ten minutes from most people’s homes. It was a jolly good night out.

Heats were raced, riders were whittled down to a final and the winner got a pat on the back.

Support grew, and eventually, motorcycle dealers were enquiring about hosting races in their parking lots. Sound systems were brought in for commentary, generators hummed as lights illuminated tracks and prizes became more and more lavish.

The original recipe didn’t change – race whatever scooter you wanted and have a good time. It was cheap, simple and fun, and it was booming. Until it wasn’t.

Eventually, the powers that be pressured Scooter101 to move to real race tracks and adopt traditional safety protocols. Naturally, it then died a quick death. Suddenly, people could no longer race whatever they wanted and were forced to adopt a plethora of technical rules, they had to buy leathers, trailer their scooters to a track an hour from home and pay a hefty entrance fee to take part.

More so, manufacturers stopped focusing on fun, sporty scooters and put all their efforts into fuel economy and safety, making pricey, emphysemic monstrosities that were, by comparison, as much fun as drowning.

The racing became expensive, complicated and a hassle, the death of any racing class.

We probably couldn’t do something like that again. The world is too wet and snobbish.

Still, the memories of those good days when people in shorts and takkies buzzed around parking lots on the bike they commuted on every day bring warm joy and happiness to those that were there and are no doubt ever grateful for them.