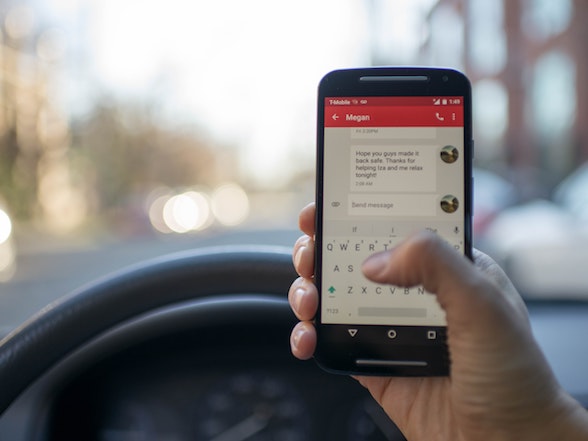 Texting while driving, Harry Fisher gives it a go

Story: Harry Fisher
As is well known, Suzuki make cars as well as bikes; very good cars, actually, but that’s not the point here. What they also take a great interest in is road safety which involves every road user, whether on two wheels or four and, in fact, both means of transport cannot be taken individually but have to take equal responsibility.

This past week, Suzuki Auto organised a test at the Gerotek skid pan to illustrate the dangers of texting on your mobile phone while driving. Of course, we all know the dangers – motorcyclists more than most seeing as they are often on the receiving end of driver inattention with greater consequences – but there was no harm in reinforcing the point. 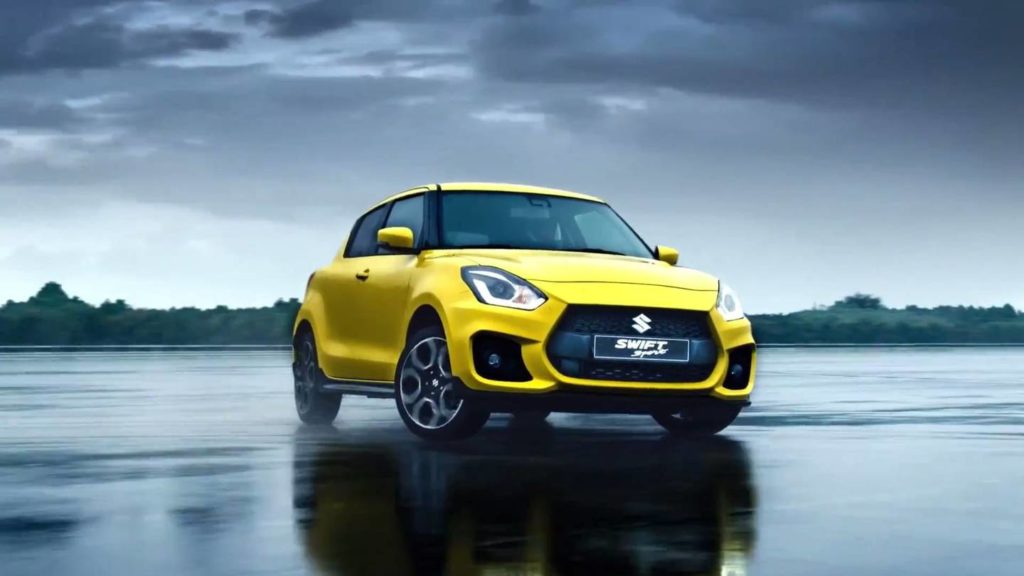 It was a very simple exercise; a course was laid out on the skid pan which we had to negotiate in the quickest time possible both while driving and then driving while texting a message. Now, I don’t know if any of you have ever been on a skid pan but it is like driving on sheet ice. Even with full concentration, it was extremely difficult to negotiate the course cleanly.

Add to that the task of trying to text a legible message and it was no surprise that every participant made a hash of things.

So, nothing new or surprising was demonstrated but the film crew caught it all and will share the results on social media in the hope that it may strike a chord with some drivers and, maybe, save a life or two or prevent an accident. 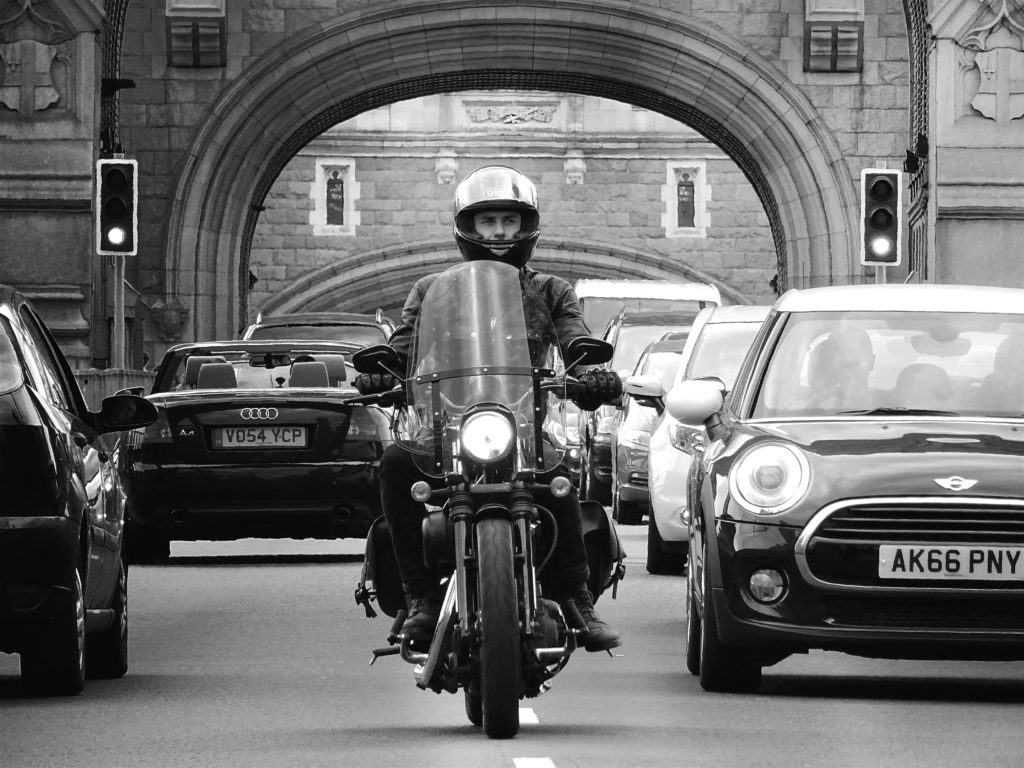 If you are travelling behind a car, either on the highway or on a minor road, you can tell a lot about what the car is about to do before it even does it. The secret is to watch the head of the driver. OK, don’t watch it to the exclusion of everything else around you but include it in your checklist of things to keep an eye on.

You can tell what the driver is about to do by watching what his head does; if you can see him looking into his mirrors, or over his shoulder, then he is obviously about to make a manoeuvre to the left or right, so maybe now is not the right time to go barrelling past him. Rather give him space and let him remove himself from the picture by completing his manoeuvre. He may have used his mirrors but, having looked and seen that the road was clear behind him to make his manoeuvre, he’s going to assume that, as he does make the manoeuvre, that the road is still clear behind him. If you, in the meantime move alongside him, then you are needlessly putting yourself in the way of danger.

Similarly, if you see his head bobbing down to gaze at his lap, then he is obviously texting or doing something on his phone and not paying the slightest bit of attention to what is going on around him – in front, behind or alongside. Then all of a sudden he realises that, oh, shit, this is where I need to turn and makes the turn without checking sufficiently. It’s the same if he’s fiddling with his radio; you can see his arm outstretched and his head turned towards the radio, which means he’s not looking what’s happening ahead of him. 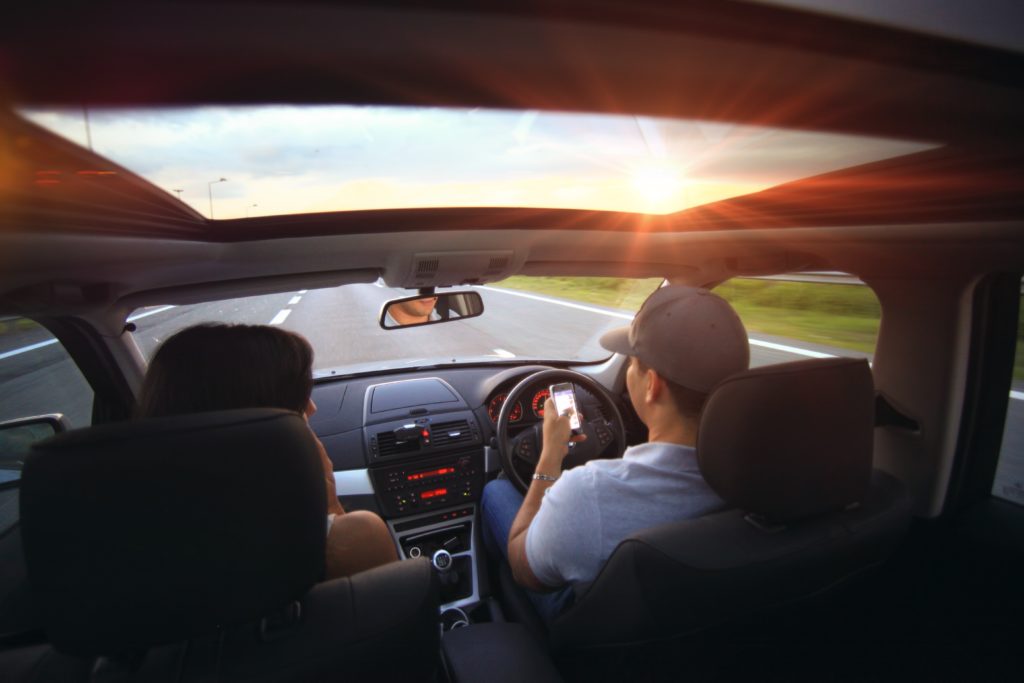 Again, give him space. Yes, he is being a twat behind the wheel of two-tons of steel, but you are not going to make your point when smeared over the tarmac. Rather live to fight another day.

It is so easy for us motorcyclists to put ourselves into a situation where an accident is more likely to happen. By using our eyes and a bit of common sense, as well as patience, we’ll not only enjoy the ride but we’ll still get there before the car driver and live to enjoy it another day.

There are so many tips we can give to help with rider safety and, over the next few weeks, we’ll bring as many of them to you as we can. Some of us have been riding for decades, some of us for months but no matter your skill level, there is always something to learn. If you have any particular tips that you have learned the hard way or simply through years of experience, please share them with us and the community and let’s make motorcycling as safe as possible.