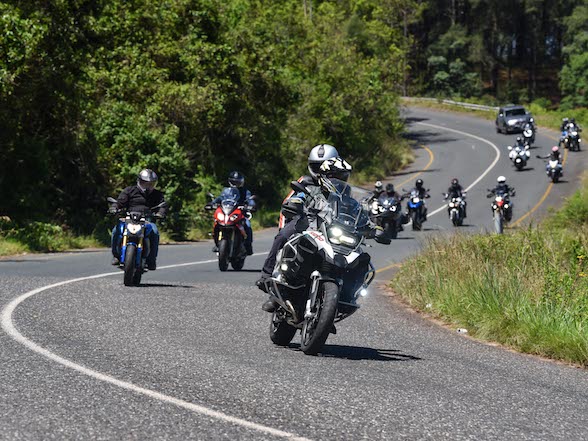 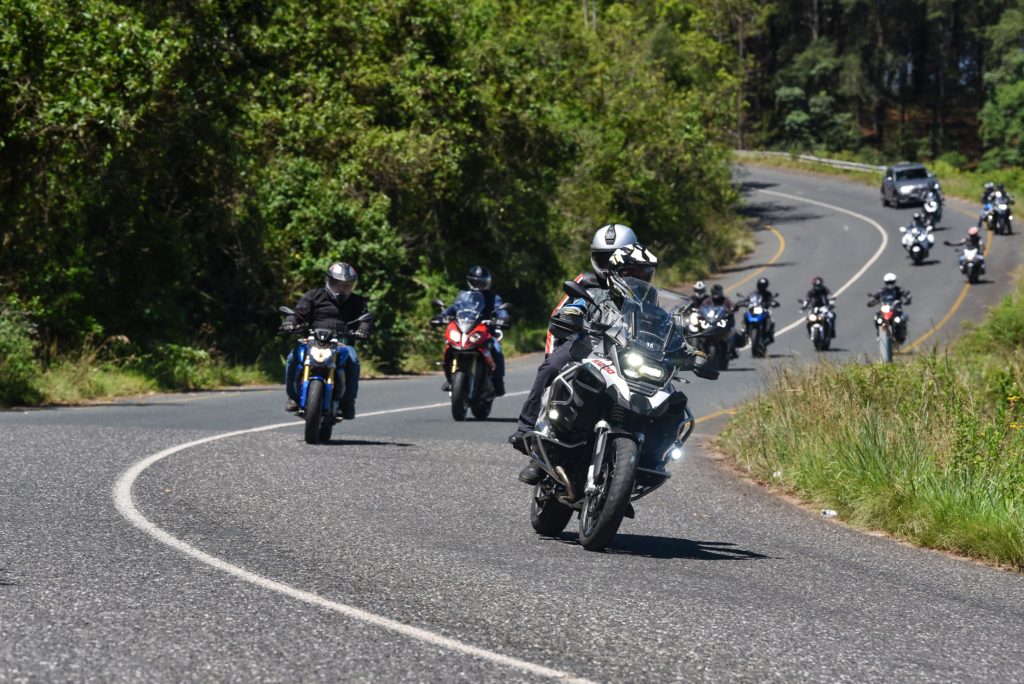 Story: Harry Fisher
So, the email comes through from BMW Motorrad and it’s so unbelievable that a phone call is in order.

‘Hang on,’ I said, ‘you want us to fly to Nelspruit, ride ten bikes and fly back to Johannesburg the same day?’

‘Oh! Right then. See you at the airport.’

And that’s pretty much how it is. Long gone are the days where we had two or three days to ride one bike and form an opinion through a haze of large dinners and endless bar tabs. No, sirree; now they want you to ride ten bikes in one day and report back favourably.

So, that’s that and no argument. 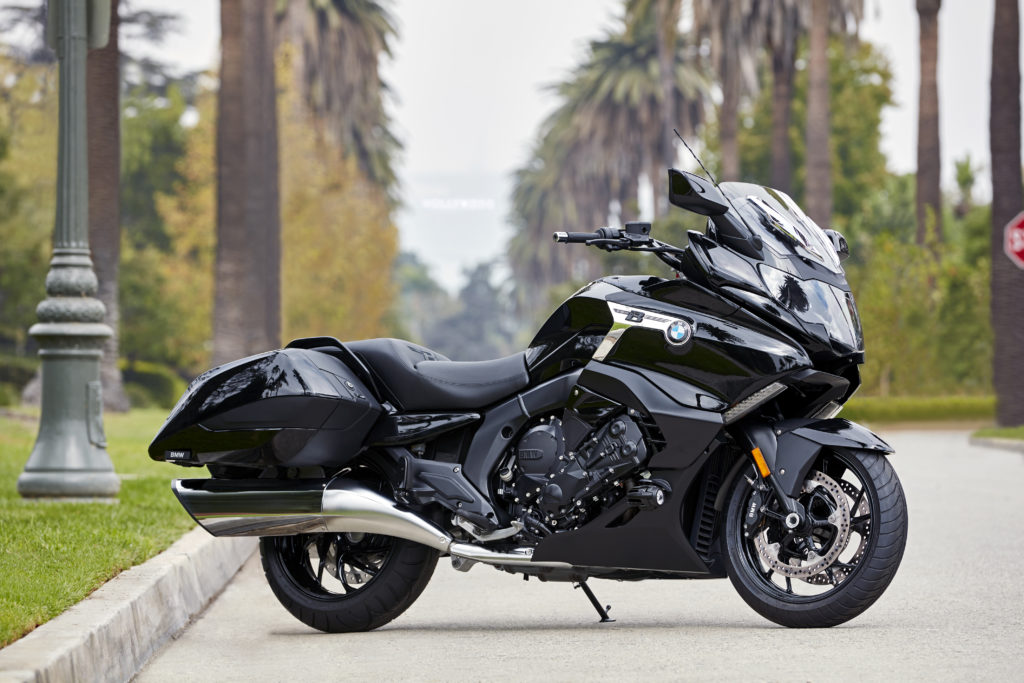 The real reason for us being there was to ride the new BMW K1600B (‘B’ for Bagger). Bagger, of course, is an American term for a cruiser with panniers and, as such, this latest variation of the K1600 has its sights set firmly on the American market. However, it is on sale here in SA and, given that only eleven have come into SA in the first shipment, it was unlikely that ten of them would be put into demo for the launch. Add to this the fact that there were other new or updated models, none of which could, in all reality, justify a launch all to themselves, and it started to make sense that we killed several bugs with one mass ride.

Pictures do not do justice to the K1600B but in the flesh it’s a different matter. It comes in one colour – a metallic not-quite-black – which suits it perfectly. If anything, it’s much better looking than the ‘normal’ K1600GT and GTL, being not as bulky and intimidatingly large. Apart from looks, it is just as you would find with the existing K1600 models, complete with turbine-smooth 6-cylinder engine and an electronics list as long as your arm. Both it and the also-present K1600GTL now come with up-and-down quickshifter and an electric reversing gear. 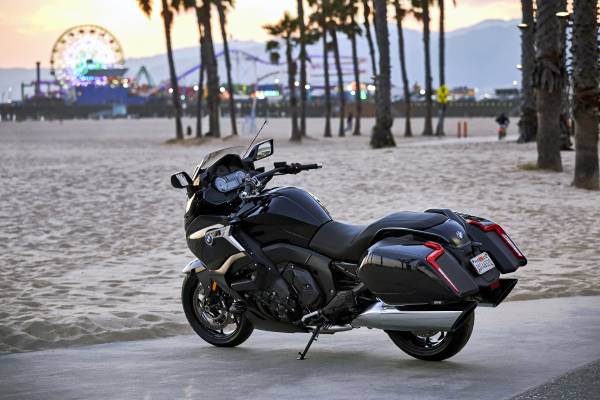 In Europe and America, the K range can be ordered with three different option packages – touring, comfort and safety – covering such items as reverse assist and audio package (touring), quickshifter, keyless ignition and central locking (comfort) and tyre pressure monitoring and hill-start control (safety) but SA-bound models come with all three packages as standard.

At R325,000 for the K1600B, it’s not cheap unless you look at the obvious rivals from Harley Davidson or Indian. Where it beats the Americans hands down is in riding dynamics; the engine is fantastic, the chassis brilliant, comfort second-to-none and technology off-the-scale. It would be hard to find any significant argument against the touring BMWs in either form.

Next up was a brace of RnineT derivatives; the Racer and the Urban G/S. 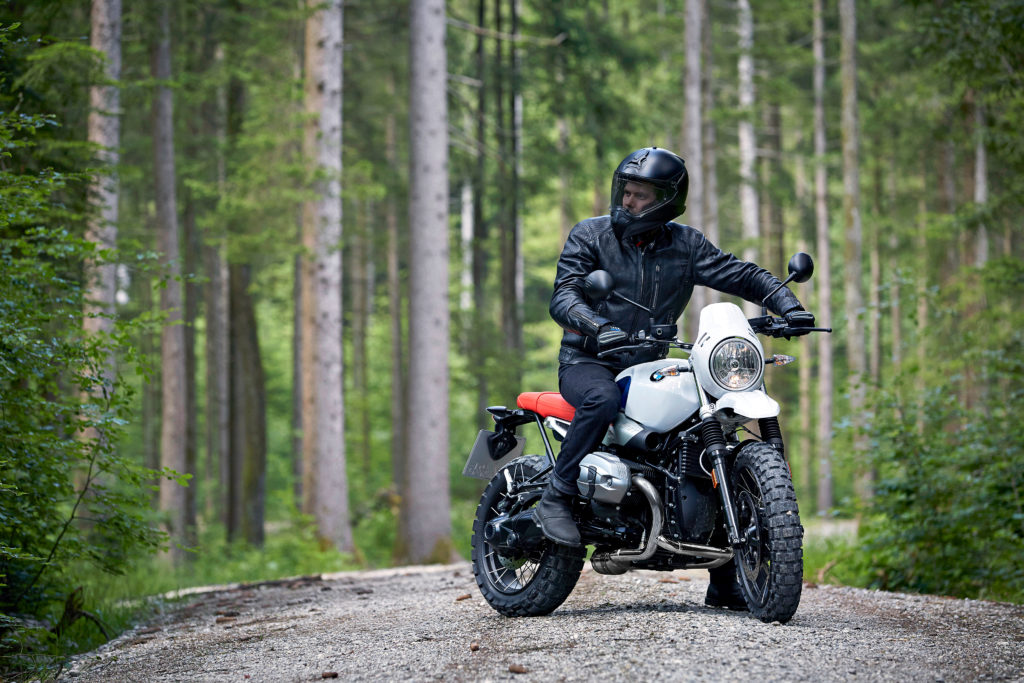 It’s hard to see the point of the Urban G/S. Styled to look like the original R80G/S of the early 1980s, it does nothing that the RnineT Scrambler already does. The Urban G/S is really a styling exercise, albeit a successful one but, in reality, brings nothing new to the table. 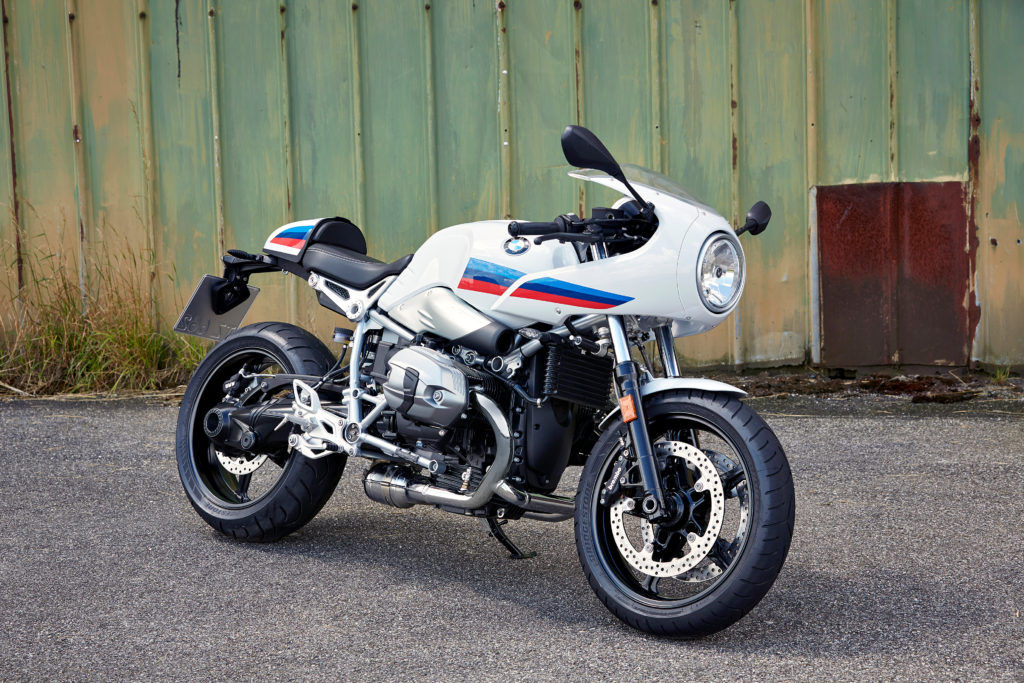 Quite unlike the RnineT Racer. Yes, one could argue that it, too, is nothing more than a styling job on an existing platform but at least it does bring something new to the range. In fact, I might go as far as to say that this is now my favourite RnineT model.  It looks fabulous and, somehow, the air-cooled boxer-twin engine suits the cafe racer application perfectly. The riding position means a fairly long stretch to the clip-on handlebars which is not a problem if, like me, you are tall and it does make for a roomy riding position, with plenty of space to tuck in ‘behind the bubble’ and feel like Mike Hailwood, if not exactly go like him. 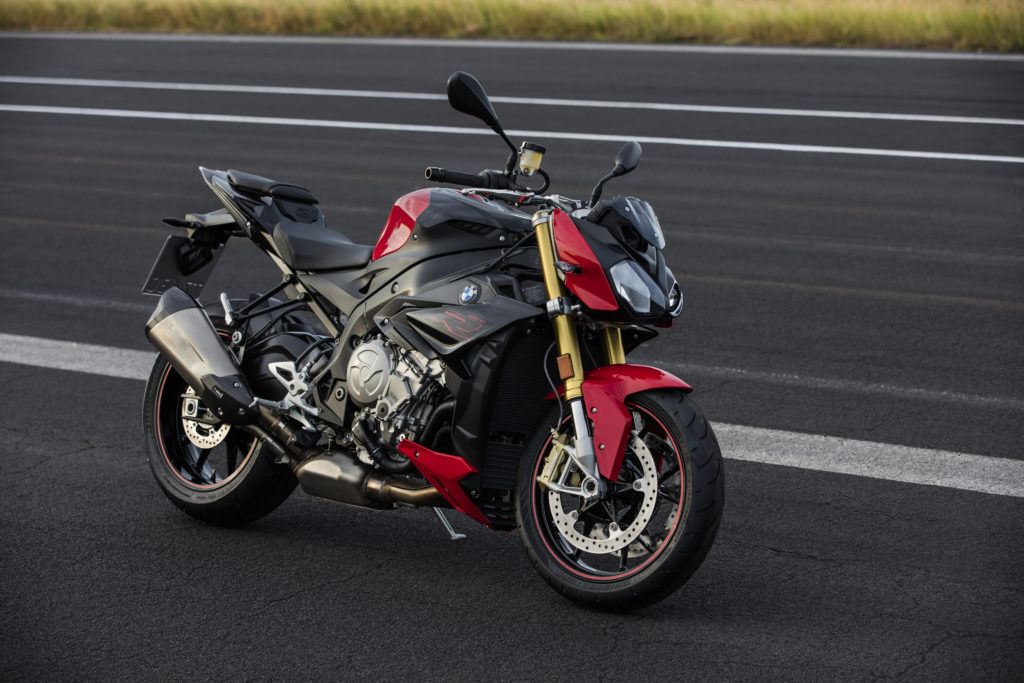 Moving into the modern world, the S1000RR and its naked brother the S1000R have had an update, although we only had the naked bike to sample. It has lost some weight and gained a few more horses, a two-way quickshifter and a titanium silencer and it has been mildly re-styled but it still remains a devastatingly effective machine with 160+bhp and a chassis that will out-perform almost any rider that swings a leg over it. 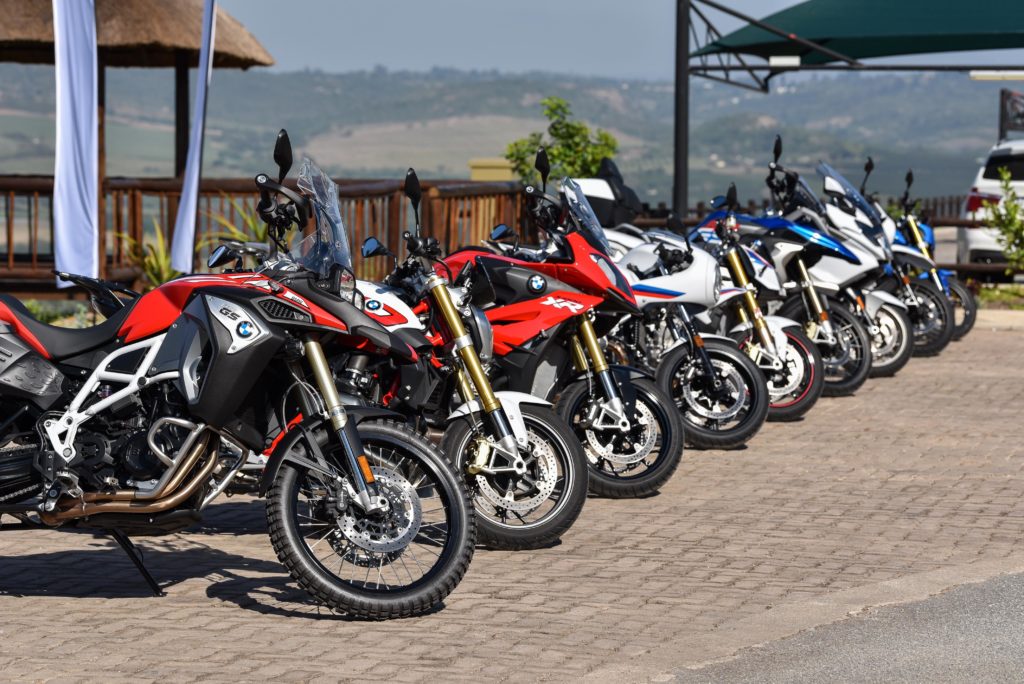 And that was it for the ‘new’ bikes. Also on test were the F800GS, the S1000XR, the R1200R, the recently introduced R1200GS Rallye and the G310R. Single cylinder, parallel twin, boxer twin in air- and liquid-cooled form, in-line four and in-line six cylinder engines. 313cc all the way up to 1600cc; quite a range, made all the more memorable for having the chance to ride them all back-to-back on what are some of the best roads in South Africa, under a wonderfully clear blue sky. Does riding get any better than this?