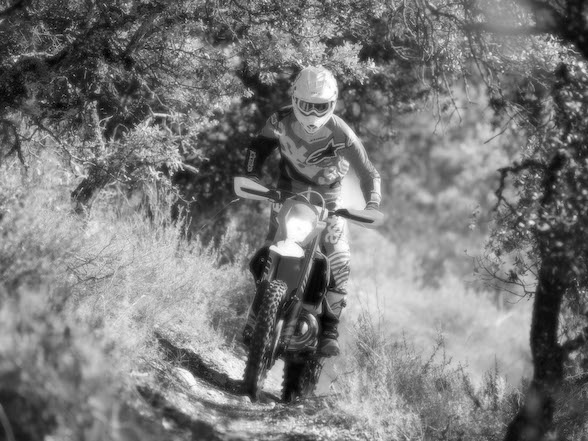 According to the Lowvelder Newspaper, a teenager was shot with a shotgun by a 59 year-old local farm manager near Nelspruit in Mpumalanga while he was riding his off-road bike on one of the surrounding farms. According to the report, the 15 year-old was injured on his upper legs and torso, but remains alive.

The farm manager was charged with attempted murder and has appeared in the Nelspruit Magistrate’s Court.

There are those that have spoken out against the incident, but warned that the teenager should not have been riding on other people’s property, and instead should’ve shown respect. This sounds like common decency, and there have been many incidences all over the world where motorcyclists of all sorts destroy crops, harass people and be a nuisance.

However, the report says that in this case the place where they were riding was a bushy area with no crops nearby, no homes to disturb and a long way away from the farmer’s house.

More so, they have been riding in that area for years with no noise complaints.

This does suggest that the farmer overreacted. Even so, how on earth does someone shoot at a kid because they are riding bikes somewhere? Even if it were the farmer’s back yard, it would still be inconceivable.

We don’t know the full story, or why the farmer went full Rambo, but it seems unlikely that he is going to get off scot-free.