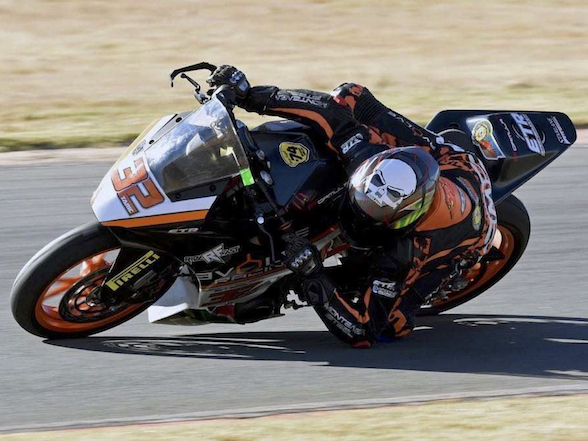 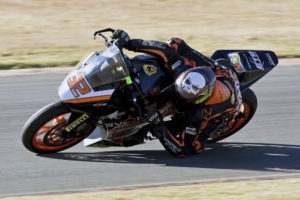 Red Bull Rookies Cup is a famous breeding ground for MotoGP talent and was the starting point for many of the current crop of top racers throughout the MotoGP classes, including SA’s Brad Binder, his brother Darryn Binder and the newly-crowned American Superstock champion, Mathew Scholtz. The Rookies Cup is a one make series whereby youngsters from all over the world attend a try-out event in Europe, and the most promising youngsters are giving a free ride in the series the following year that will follow the European rounds of the MotoGP Championship.

Taric Van Der Merwe has been given that opportunity this year, and will attend the try-outs next week. The 13 year-old from Johannesburg started his racing career last year in the CBR150 class, and took his first win just a few months later. This year, he moved to the prestigious SuperJuniors Class racing a KTM RC390, and narrowly missed out on winning the championship in the his rookie year. 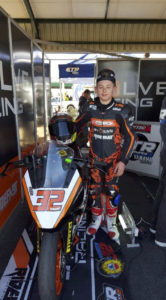 If he impresses the choosing panel at Red Bull Rookies, he will receive a full ride in the class for 2018. However, there is more to the choosing process than simply riding well – the organisers are further swayed based on the following each rider. Supporters are encouraged to go to their Facebook page (see the link below), copy the rider’s name and paste it in the comments sections below that post. The rider with the most comments will receive a golden bib that will make that rider stand out while riding, and will hopefully better catch the attention of the choosing panel.

The team behind Taric have asked readers to copy “Taric van der merwe (South Africa)“, then click on the link below and paste it in the comments section at the bottom of that page. The voting closes the evening of 15 October. Herewith the link: