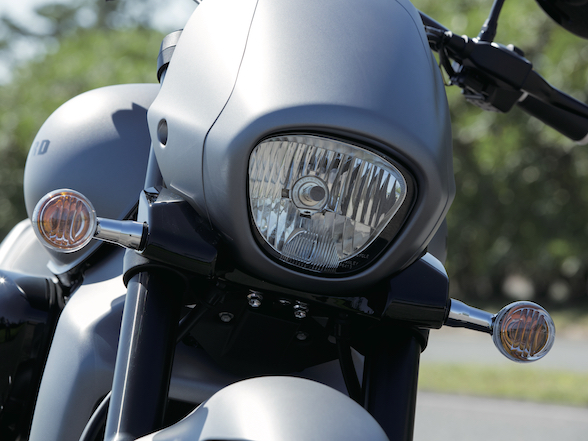 Story: Mat Durrans
Some bikes have great names like Panigale, V-Max, Fireblade, Thundercat, and some bikes don’t. I’ve just spent a week feeling a bit, well, silly; and it’s all the fault of the bike I’ve been riding.

Don’t get me wrong, most of the past seven days have been a series of surprising revelations as I came to know a bike of which I’d had very few expectations.

Big cruisers aren’t, though I might appreciate them in a professional way, my kind of bike. Even when they make claims to being some sort of brutish muscle bike I’ve learned to take the hype with a pinch of salt. 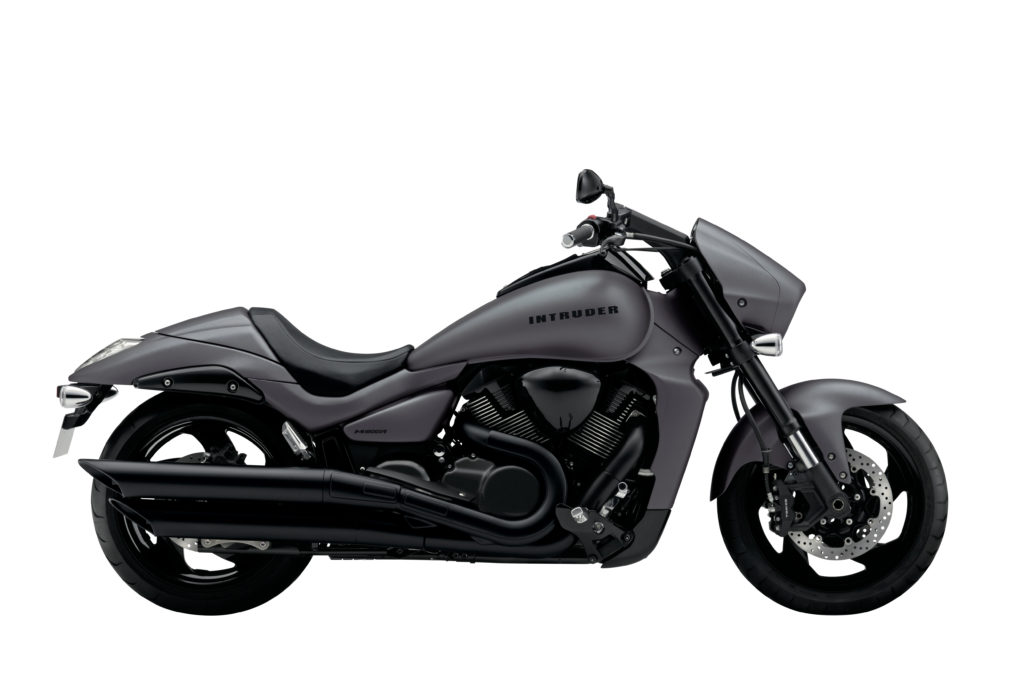 The Suzuki VZR 1800 is a bike with multiple aliases, because you’d probably recognise this as the very popular Suzuki Boulevard. Or perhaps, being a biker, you know that it’s also called the M109R, after it’s 109 cubic-inch V-twin. Or maybe it’s the M1800R to you, because that’s what’s written on the side of the bike.

No wonder then, to keep it all a bit more simple, everyone seemed to settle on Boulevard. So, for some unknown reason Suzuki decided to change the name, and now instead of telling the many, many interested passers-by that you’re riding a Boulevard, you have to look them in the eye and tell them it’s an Intruder.

You often have to say the word Intruder again, but louder, to counter the puzzled expressions. I soon learned to say it’s a VZR and leave it at that.

This is not a bike for the introverted, you will have to get used to the star power of the, erm, VZR. Forget your fancy Italian sport bikes or gargantuan adventure models, nothing attracts attention like this beast.

And it is a bit of a beast being the largest bike engine Suzuki makes, all housed in a long, low chassis with a fat 240 rear tyre. This limited edition BZ version has a matt finish to the paint, and in place of the ubiquitous chrome of the standard version everything has been blacked out. More restrained, more mean, more class, less bling and I like it. 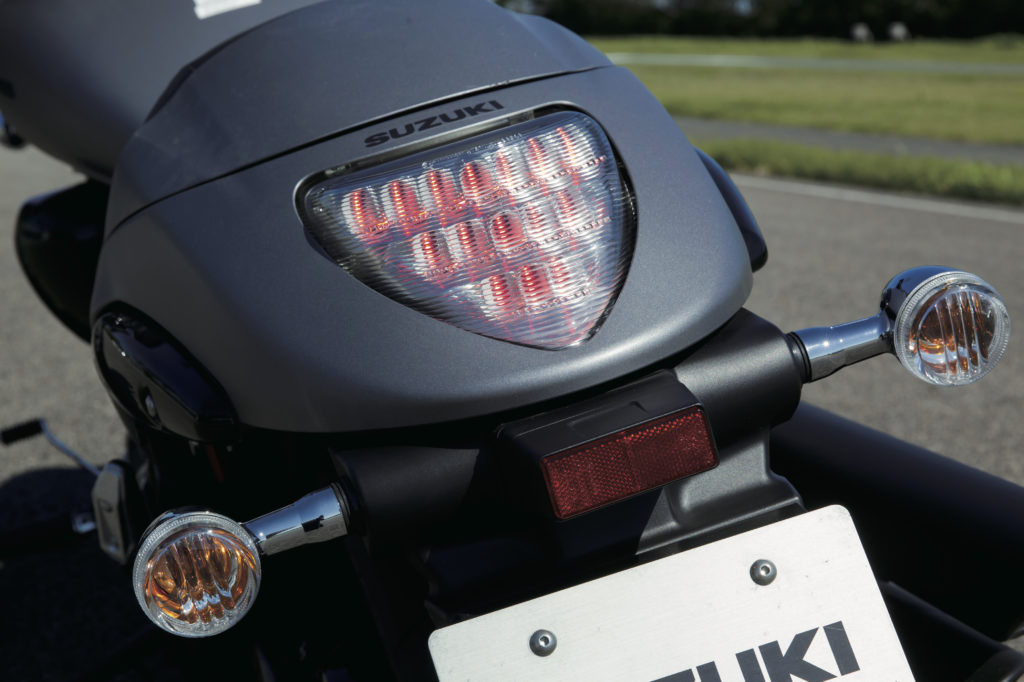 There’s no denying it’s an impressive sight, the amount of colourful language the bike-formerly-known-as-Boulevard provokes takes some getting used to.
And you will get used to it, as more of the star power rubs off and you assume the persona of the kind of exceptional person who rides such a monstrous machine.

No need to let them know that for a large bike it’s actually incredibly easy to ride. Obviously there’s no problem, even for the most modest of inside leg measurements, about putting your feet down. More important than that, the substantial 347kg you need to thread through traffic at slow speeds isn’t in any way intimidating, there’s no flopping into corners and no need for any muscle.

Once you get some speed dialled in the handling remains predictable, though like all cruisers it doesn’t take long for serious understeer to appear if you get carried away.

Unlike most cruisers the VZR BZ has a sport bike front end with a pair of upside-down forks that feature radial brake callipers and twin front discs, all of which adds up to a bike that will stop like a superbike. 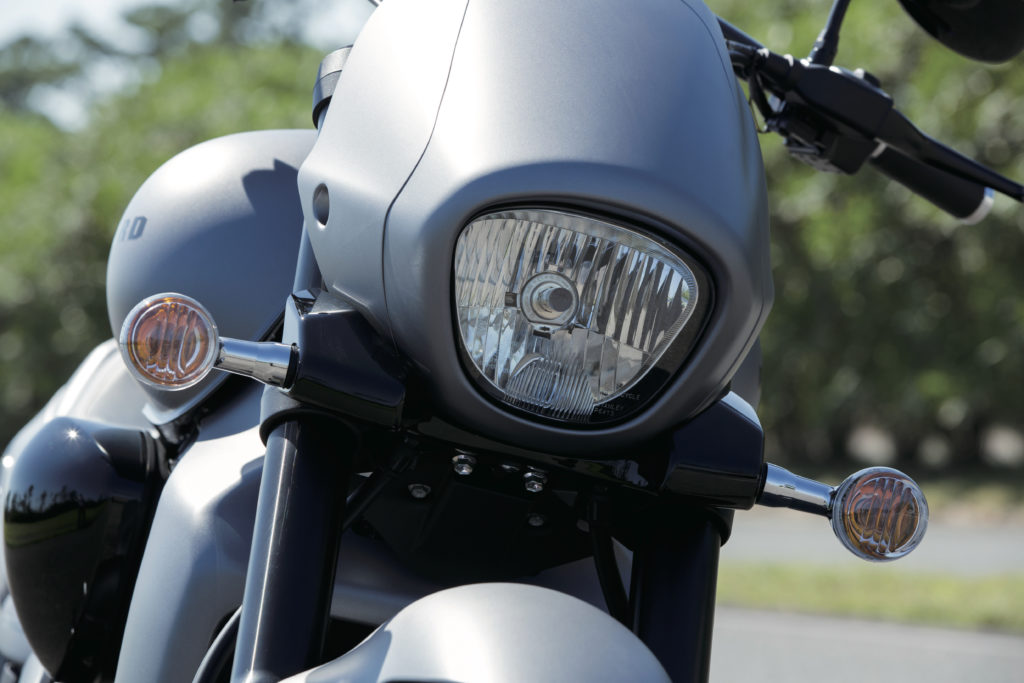 The V-twin is the real star of the show, with not far short of two litres of capacity there’s enough torque here to turn any American cruiser green with envy. Relaxed progress is guaranteed, as is an ever-present surge of acceleration – from tickover – to deal with any slow traffic.

Despite the lack of any obvious wind protection the ex-Boulevard is so big that getting out of the breeze isn’t a problem. The riding position is pure cruiser, with feet stretched out in front of you and arms hanging on to a wide handlebar. The seat is plush and nicely contoured, so this can easily be considered a touring bike as well as a weekend toy.

Although the name may have changed, this is still very much the bike it always was, and that can only be a good thing. Much like Suzuki’s Hayabusa which has evolved very little over the past twenty years yet remained a top seller, the VZR is essentially a more refined version of the model that first appeared in 2006. 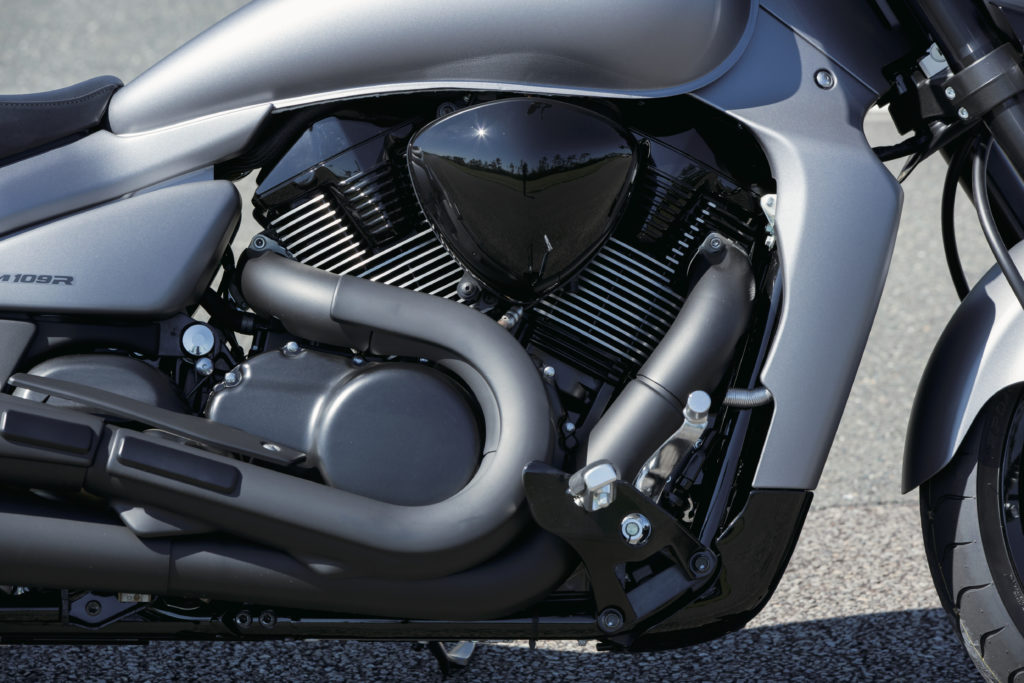 The M1800R has developed a cult following during the last decade, and after a week with the bike it’s easy to see why. A monster V-twin housed in a package that wouldn’t look out of place on a Judge Dredd movie set, this is a simple but very effective recipe and so why would you mess with such success?

It’s a shame then, that the bike’s name is so, well, daft. Intruders are generally house-breakers, thugs or some sort of Totsi. You might as well say you ride a R192 000 Petty Thief, and be done with it.