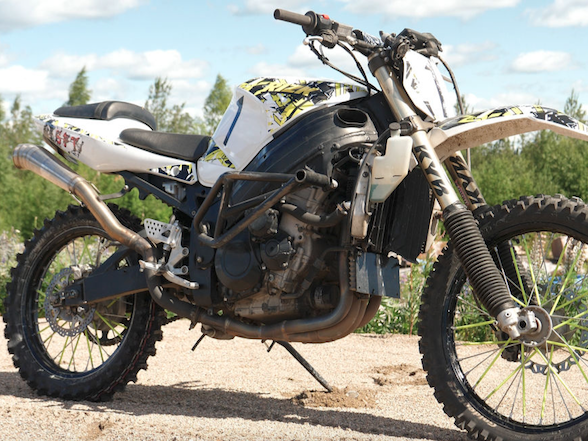 Video: Suzuki GSXR1000 dirt bike – because why not?

Modern 450cc to 500cc motocross bikes, enduro bikes, cross country bikes, trail bikes and everything beautifully rounded up by the category “dirt bikes” make in the region of 60hp. If you have ever ridden one of these beasts you will know first hand that they are in fact terrifying.

A group from a stunt company in Sweden called SFT didn’t think so. They also thought that doubling this figure is still not enough. At a push, 162hp would probably do it for them. So they set about building this monster. 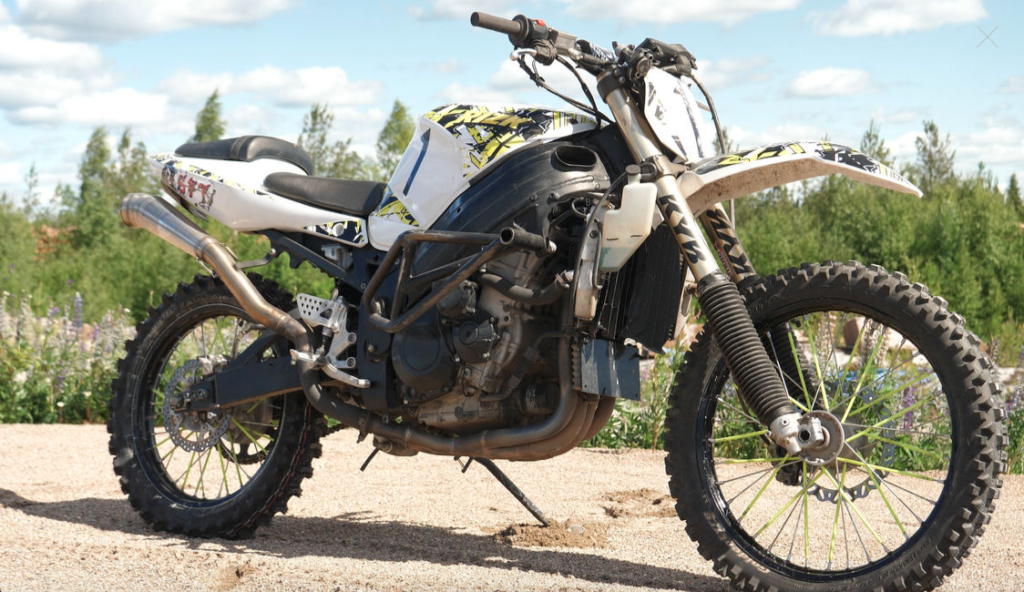 It is fitted with a 2003 GSXR1000 four-cylindered superbike motor, with  the frame from the same model. They the bolted on suspension parts and wheels from a Kawasaki KX450 and this was born.

The video below shows them blasting around on it, roosting massively everywhere they go, and not just on flat, smooth pieces of gravel either, but take it into the hills to do some climbing. There is a drag race with a YZ250 and a KTM E-Ride electric bike. Needless to say, 162hp talks.

The likes of the KTM 1290 Super Adventure R also push 160hp but this mill is shoving a bike that weighs around 240 kg. We can only imagine that the GSXR1000 dirt bike, with the catalytic converter removed, the lights and other road-going bits chopped off, is probably weighing in at 140kg. That must be a good deal of fun.

More so, this bike is for sale for the rather reasonable price of 2,990 Euros (or R46,000) and can be purchased online here.

See the manic video of the Suzuki GSXR1000 dirt bike below: