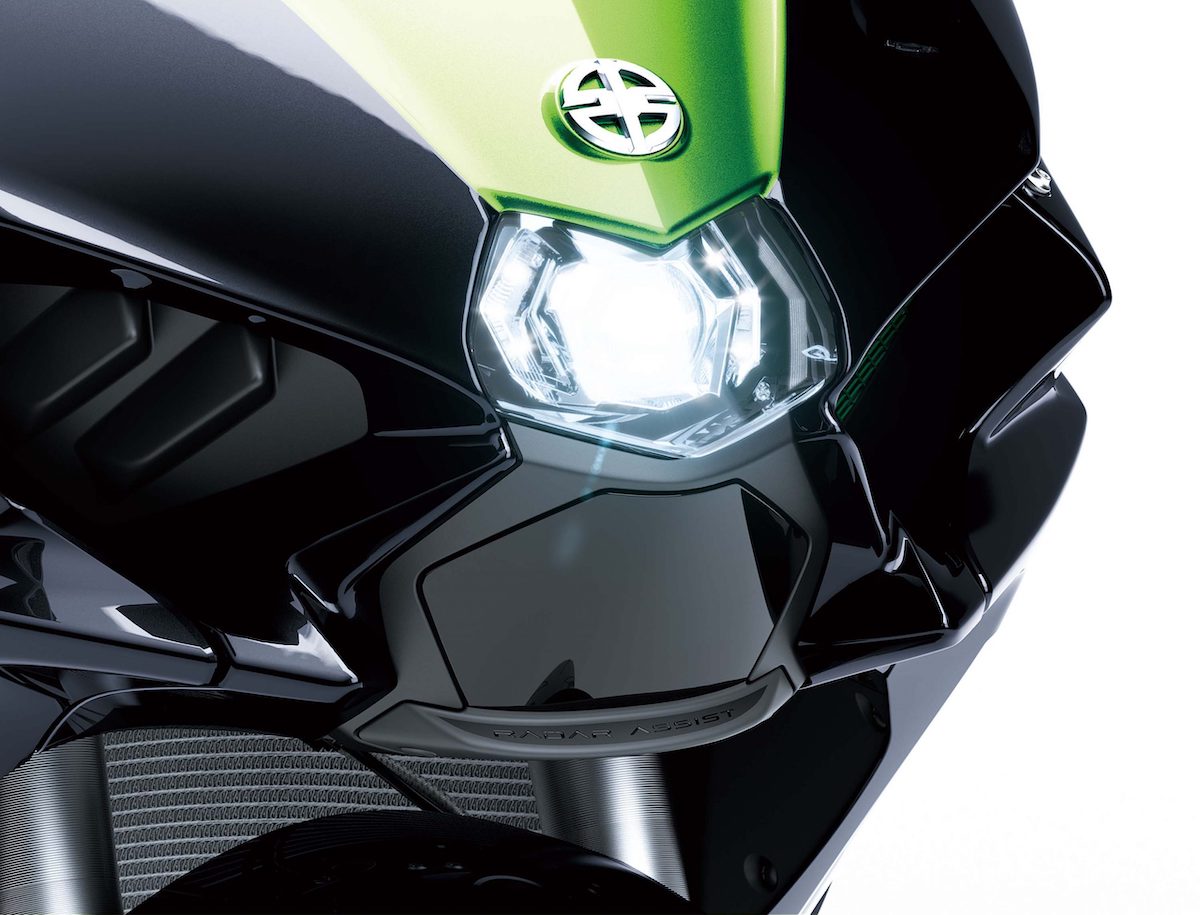 The H2 range from Kawasaki is famously four-cylindered, famously 999cc and famously supercharged. Now, its SX touring variant gets famous for being the first Japanese motorcycle to feature the Bosch radar guidance system, the same as that currently used on BMWs, KTMs and Ducatis. Except, where the others represent it as simply a box on the motorcycle’s front, Kawasaki has given it some style.

The H2 SX remains 999cc with a supercharger pushing a comfortable 200hp and sneezing delightfully every time the throttle is closed at high revs, but now it has the option of adaptive cruise control that will base the speed of the motorcycle on what is in front of it.

It will also be able to have blind spot sensors and emergency obstacle avoidance systems.

Also new on the 2022 H2 SX is the SPIN entertainment system, whereby the TFT screen mirrors what is shown on your cellphone, essentially creating a supercharged Google Maps system.

And it will still look like an alien wanting to devour whole species, just now with more sophistication.

Price and availability are still unknown.