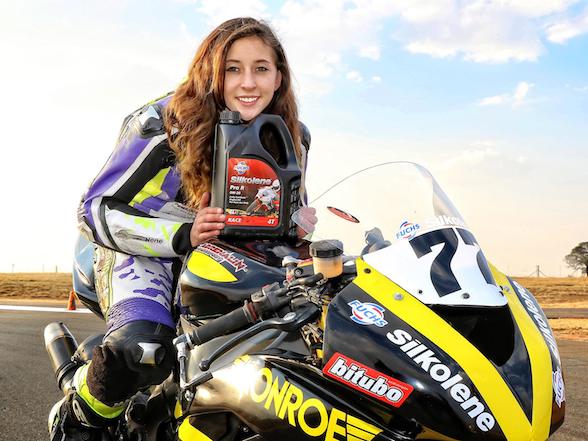 on the international stage

South Africa is teeming with young racing talent, and gone are the days when said talent is necessarily male. One such talent is 17 year-old Joburg resident Savannah Woodward who has been competing in the South African Super600 Championship for Monroe Racing and showing up many of her more testosterone-filled rivals. She has now been invited by Fuchs Lubricants to partake in test at the illustrious Mugello Circuit in Tuscany, Italy. This Monroe Racing press release tells the whole story: 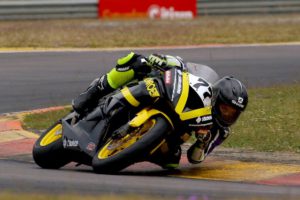 Another opportunity beckons for Monroe Racing South Africa’s star Savannah Woodward to shine on the international stage. During September 2017 the seventeen year old superbike rider from Benoni in South Africa’s Gauteng province will travel to Italy in acceptance of an invitation extended by the Italian branch of the team’s sponsor Fuchs Lubricants.

Social media has become the most interactive platform for motorsport personalities to engage with both their fans and sponsors and this is exactly where this invitation originated from. Woodward’s regular engagement with sponsors on her Savannah#77 brand caught the eye of the Italian company who has been following her progress in South Africa ever since.

Woodward will depart to Italy on Tuesday, September 5 to represent Fuchs Lubricants in a film insert as well as a branding image production. Apart from this she’ll also partake in a private test session at the Mugello Circuit situated in the Tuscany province. The test session is being paid for by lubricant manufacturer.

This will not be Woodward’s first international outing since joining the team either. During 2016 she participated in the Red Bull MotoGP Rookies Cup trials held in Spain and she is also one of top contenders in the Zimbabwean national superbike championship. The Benoni scholar joined the team during 2015 after a successful grassroots career in off-road endurance racing, and the Honda NSF 100 (South Africa) Cup. Her passion for the sport started when she was five years old and she has been gradually climbing the ladder to the top since. The goal that she is constantly working towards, is to represent her country in either the MotoGP or FIM – Fédération Internationale de Motocyclisme WSBK (World Superbike).. 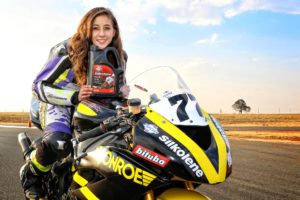 For Woodward this is a dream come true: “After the Red Bull MotoGP Rookies Cup trials, I’ve been working hard towards another opportunity abroad and I truly value this chance that I’ve been granted. Yes there is definitely pressure on me to both perform well and represent the sponsors in the best way possible, but I can honestly say that this is something that the Monroe Racing South Africa team prepares you for. It is a privilege to be part of such a professional team where you learn to fully grasp opportunities that come your way.”

Team Manager Vic Rich will also be joining Woodward on this adventure and is looking forward to seeing his rider excel: “This is a very proud moment for me. It is a pleasure for us to represent our sponsors on the global stage and we’ll show our gratitude by living up to the expectations of Fuchs Silkolene Italy. I’m very happy for Savannah, she’s been working very hard towards this and it’s been nothing but a pleasure for us to facilitate her growth as both a rider and brand ambassador. This is of course also a good testimony for the outcomes achieved from a pro-active social media strategy. We’re certainly always aiming to provide our sponsors with the maximum amount of exposure and our strategy involves a broader reach than merely those who religiously follow motorsport locally.”

While a large portion of Woodward’s trip to Italy is being privately funded, she would like to extend a sincere thank you to her sponsors who came on board to assist: “I would really like to thank Fuchs Lubricants South Africa, Monroe South Africa, Adrenalin Driving Academy and RMCON2 for your assistance; and not to forget all the effort from my Manager Vic Rich either. This opportunity would not be possible had it not been for Fuchs Lubricants Italy: I’m humbly honoured by the confidence that you’ve put into me.”