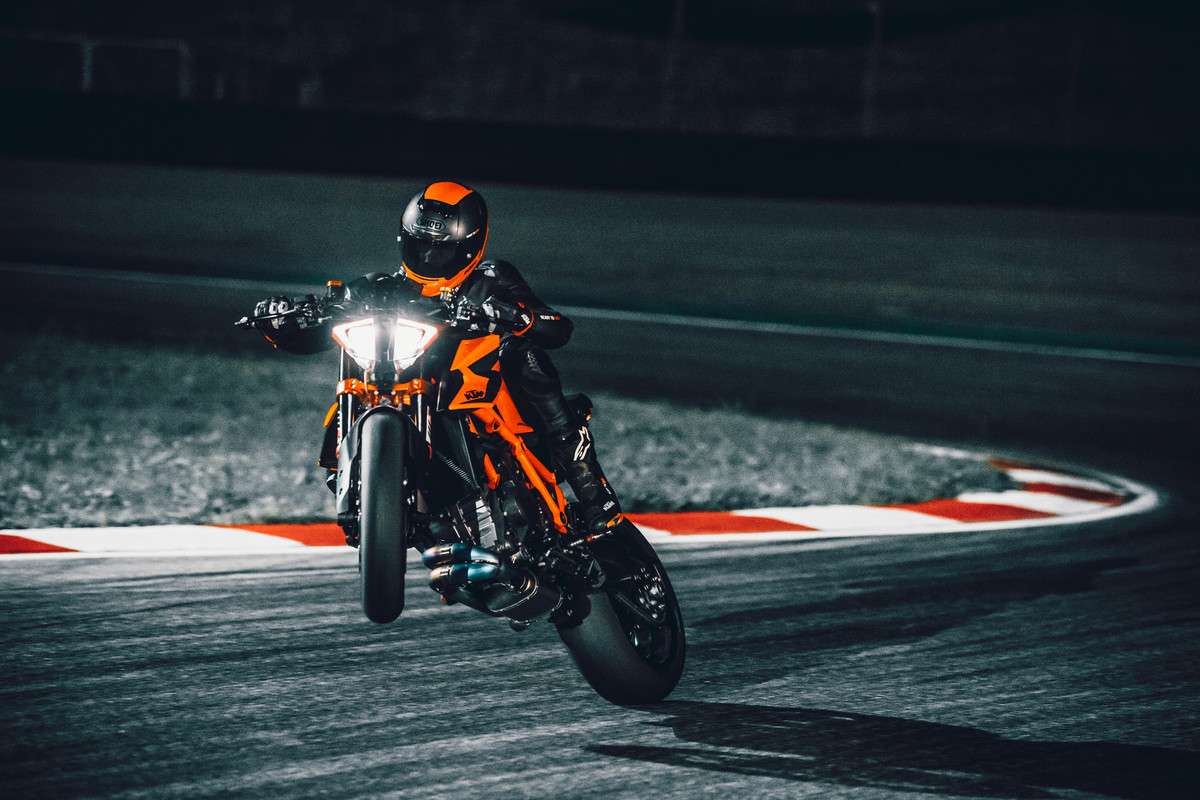 KTM and its riders are stereotypically known for their hooliganism, a trait normal companies would avoid for fear of “not doing the right thing”. However, KTM is not a normal company.

The Ultimate Duke Rider was a digital competition for KTM Duke or Super Duke riders to show their mettle. More than 1500 Duke-riding hopefuls from all over the world uploaded their entries, showing everything from elbow-dragging track antics to stunts to telling epic video stories.

In the end, ten winners were announced and among them is South African Mike Grove (pronounced “Mmmmmwayk on account of him spending too long in Australia). Grove is a long time KTM man, both in his career and his free time.

And he seems to spend a good deal of free time aboard his KTM, more specifically, his Super Duke. And like most Super Duke riders, his riding antics appear to involve very little wear on his front tyre and much staring up at clouds.

Each winner receives a personalised KTM PowerWear two-piece racing suit, a private visit to KTM Motohall with an epic road trip, including an Orange MotoGP VIP experience at the Red Bull Ring in Spielberg, and an exclusive track day experience with Duke legend Jeremy McWilliams at the Pannonia-Ring – not to mention the bragging rights that come with it.

KTM will be showing more coverage of the winners on their social media pages through the coming weeks.