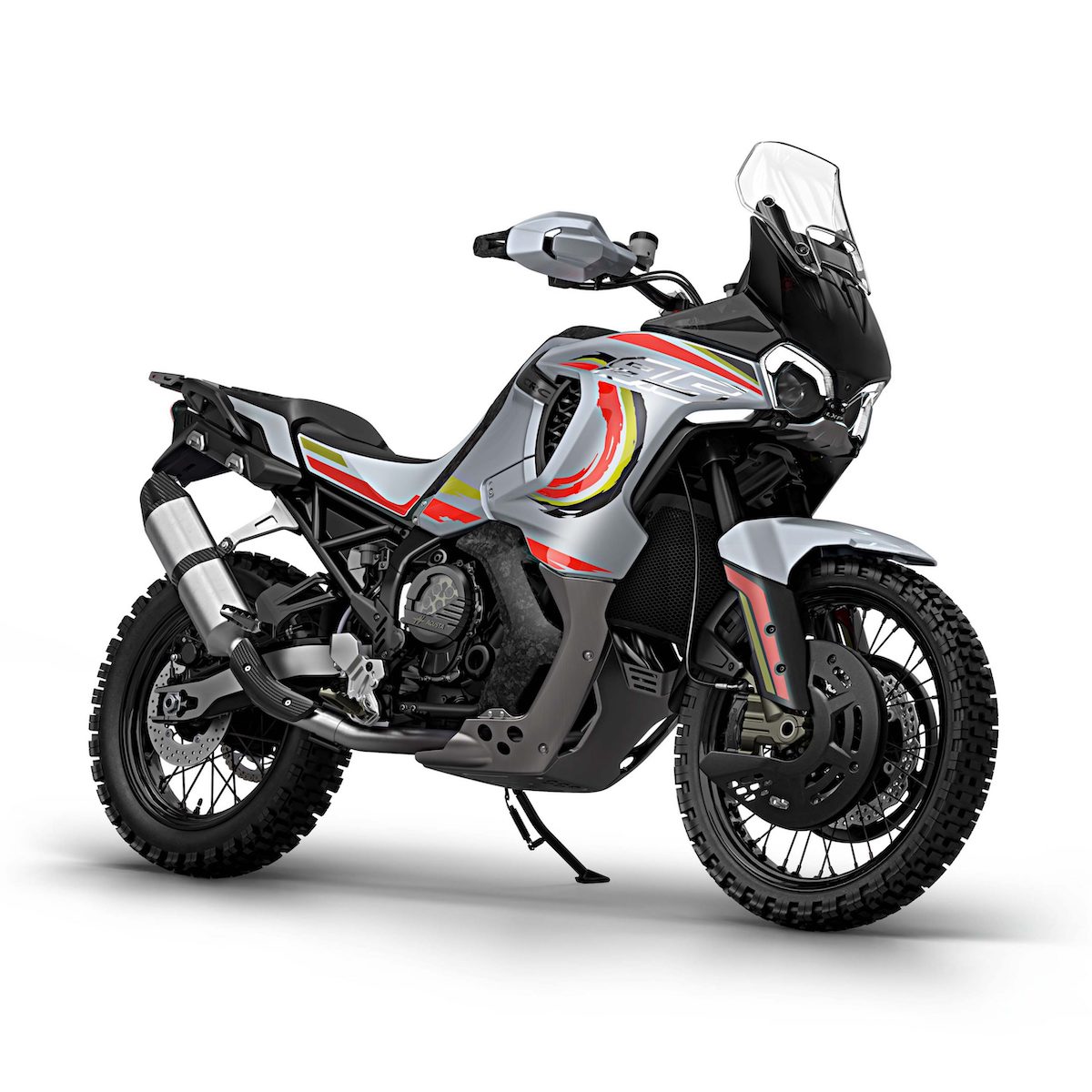 There will be two variants – the 9.5 and the 5.5, with the 9.5 featuring a 930cc triple motor built upon the foundation of MV’s previous 800cc triple, except with a bigger bore and a bigger stroke. Oh, and it will also have a completely redesigned generator, starter, clutch, selector and gearbox. Apart from that, it’s exactly the same. Especially its size that keeps the same dimensions as the 800, and weighs only 57kg.

On the options list is a Rekluse automatic clutch and an up-down shifter.

It would seem that MV Agusta is not marketing the Lucky Explorer as a fancy café ornament, but means adventure business. The frame and sub-frame are classical steel-tubing builds coupled with an aluminium swing-arm. The front wheel is 21-inch and the rear is 18-inch, as you would expect on a serious off-road machine.

Obviously it will feature a TFT dash with all the electronic goodies.

As the 9.5 is still a prototype, more details including the price and release date are still to be revealed.