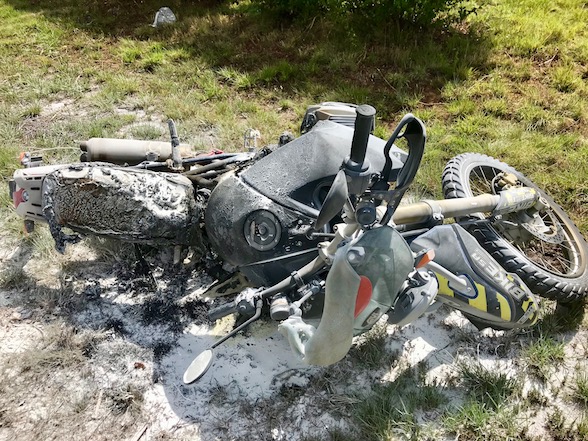 We first found Donkey in 2006 on a showroom in Fourways where he sat, grey and shy in the corner, among the glistening GSs, RTs, LTs and its other chisel-jawed brethren. Next to these fine breeds, Donkey just had no chance. Even his German parents showed him little love, and his kind was discontinued just two years later.

But we took pity on him, and to many an excited Boxer grunt, we took him home. He remained a happy member of our family for 11 years, seeing off a host of Namib Desert Runs and crazy Howie Zowie jaunts through the Karoo, Lesotho and Kalahari over many a torturous terrain.

He lay faithfully next my father along the Molopo Section as the medics readied him for another helicopter ride after he once again flattened one of his vertebrae, and lay next to both us Fouries on many another occasion when our ambitions outweighed our talents. He held his own against the might of the newer GSs and mighty KTM Adventures as they attempted to outdo him along the fast Namib gravel freeways and he did completely outdo them by being the first adventure bike to summit the mighty Dune 2 near Walvis Bay.

While other bikes from 2006 are still winning concours, Donkey was worn and weather-beaten. His heavily scuffed plastics had lost much of their gleam. Part has been replaced, re-replaced and eventually fixed using whatever was on hand, but he never complained. His motor carried on ticking over relentlessly, never once showing a moment’s hesitation even under the strain of the Fourie throttle temperament.

For 11 years (that’s about 462 in Fourie bike years) he did nothing but serve us well, but today he breathed his last intake stroke.

A family friend was riding him to this weekend’s Poison Rally in Kroonstad when his fuel line came lose, spraying fuel all over Donkey’s motor. Something must have sparked, because this fuel soon became flames, and our family friend did his best to extinguish them, but they were too much for him and his waving arms.

A good samaritan stopped with a fire extinguisher, but by then it was too late. Donkey was gone. 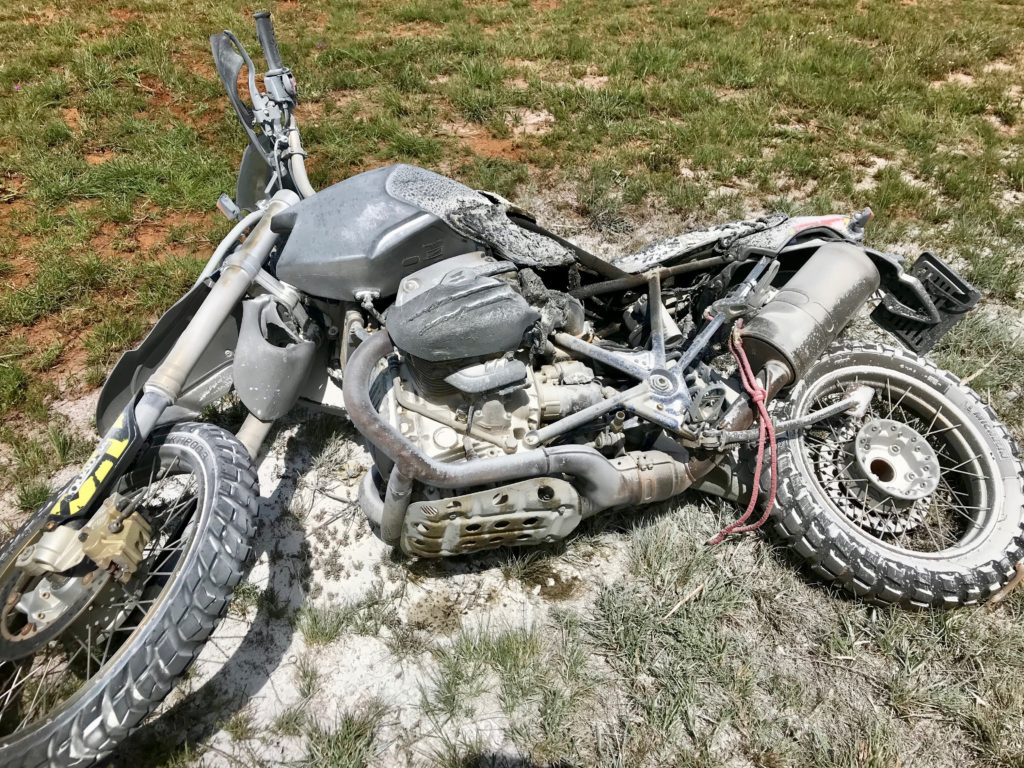 We will never forget him and everything he has done for us, and as he would have wanted, some of his organs will go on to help other motorcycles, so in many ways Donkey will live on.