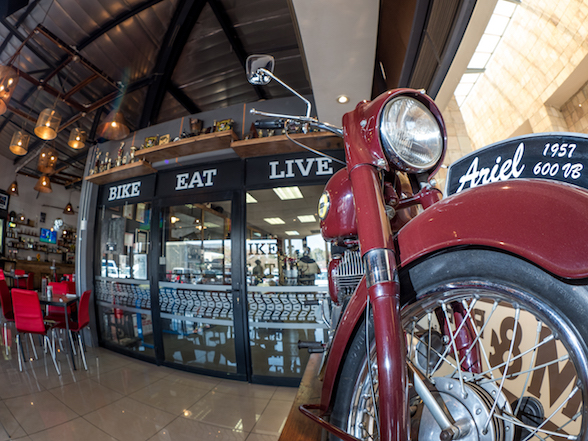 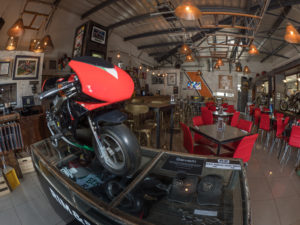 Rim & Rubber, the popular motorcycle restaurant, bar and custom workshop, has gone from strength to strength since their move to the Buzz Shopping Centre in Fourways. There’s more parking, a better atmosphere and a happier crowd dining and drinking. It’s especially good during MotoGP Sundays when various large screens show the racing, large speakers blare the commentary and the place is full of “oooo’s” and “aaaah’s” as the action unfolds. This is all part of the new Rim and Rubber. 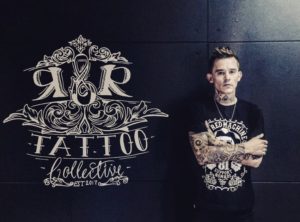 Now they are getting bigger, physically. They have taken over the shop next door and will be expanding into new avenues offering even more services. Already they have recruited the services of international tattoo artist James Maskell who has been in the trade for eight years after a lifetime of art appreciation. He started tattooing in Bath, England, before working in Los Angeles, Asia and then coming to South Africa on holiday seven months ago and never left. He was working at Jaded Ink before moving across to Rim & Rubber where he has set up his own, cordoned-off section of the shop as is studio.

There are more plans afoot at R&R with the addition of a barber immanent, plus there will be an accessories section mostly concentrating on retro gear plus motorcycle aftermarket parts from the likes of Puig, plus plus there will be used bikes for sale. It is going to be much like the famous The Bike Shed stores in Europe that are a sort-of all-in-one biker hangout place. They don’t have tattoo artists, however. 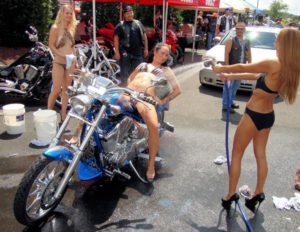 Also also, Rim & Rubber is celebrating their birthday this Saturday 14th October, and have a day of activities including Mustang Sally, the famous biker lorry, a concours, a Dirt Nurse Bikini Bike Wash, specials and shooter girls. It has the makings of a very good day indeed.