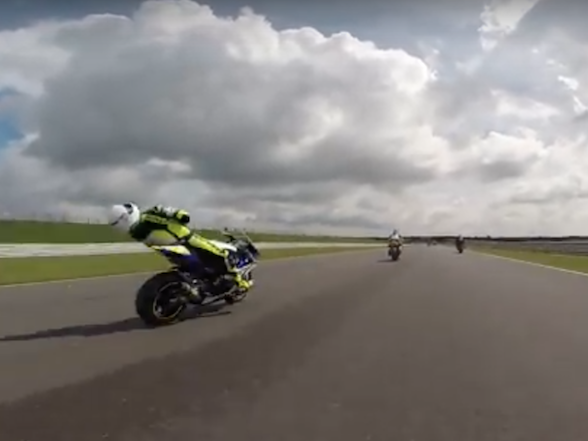 This incident took place at the Snetterton Circuit that is situated near the English town of Norwich east of London. Track day rider Josh Boyd was riding innocently along the circuit when a bellypan from a bike in front of him came off and struck him, knocking him unconscious and leaving his bike to roll freely off the circuit without the guidance of a rider. Thankfully Boyd slipped off the bike and onto the grass before it struck the armco barrier. He awoke in hospital a few hours later.