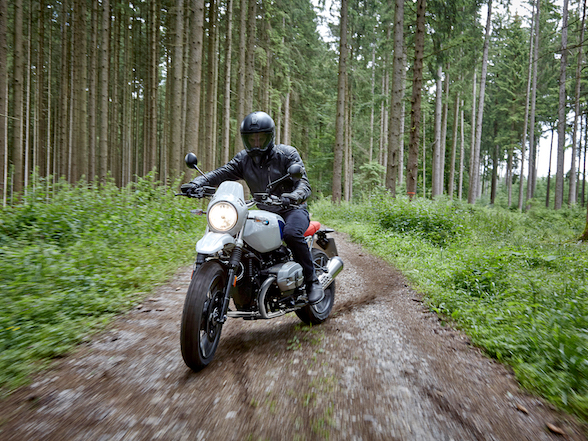 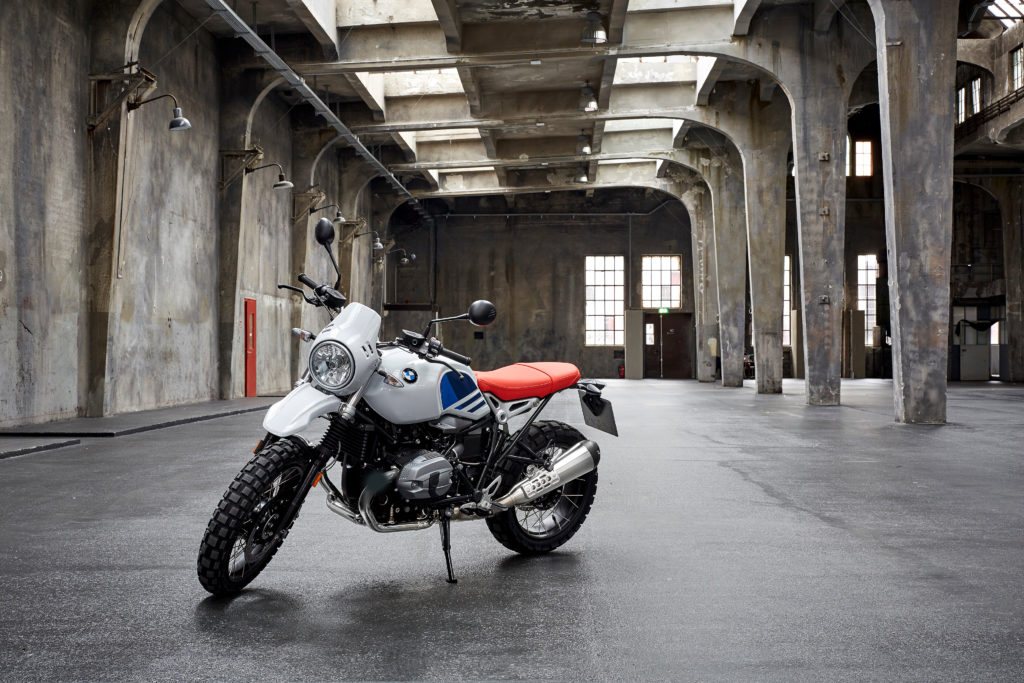 Story: Harry Fisher
It’s an old cliché but one that’s founded in accuracy; BMW is a very serious company!

Everything it does is a model of efficiency; if it doesn’t add anything, it’s not fitted to a motorcycle. The notion that something is done for style’s sake is laughable; it has to have a purpose and only then can the appearance be attended to. Even then, form follows function.

BMW has never felt they have to keep up with anyone; to compete with anyone. They lead, others follow and, if they don’t, well, that’s their lookout. The BMW way is the only way and that is that.

But things have changed in Munich; a rogue element has infiltrated the halls of power and started a revolution or, at least, they’ve jumped on a bandwagon. Style for style’s sake has started to creep in. They have started following trends rather than setting them.

And, as a result, they have started to lie to us! And here is the biggest lie possible; the RnineT Urban GS. 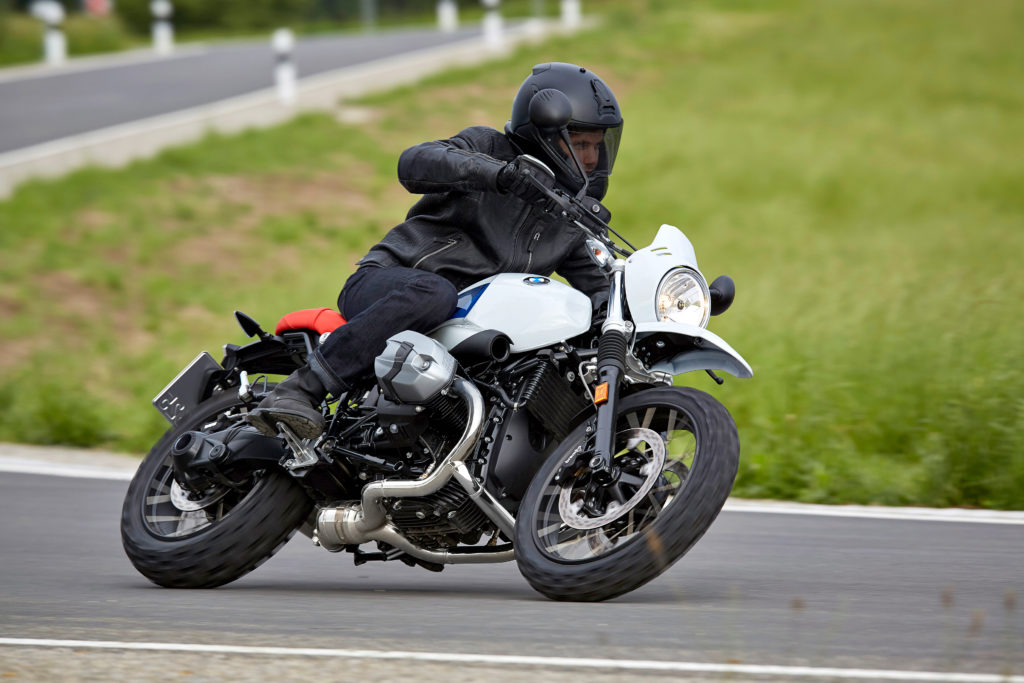 The what? What on earth is an Urban GS? We talk about the urban jungle but what is in it that can’t be tackled by any bike?

No, make no mistake, this is BMW’s attempt at style for style’s sake and, looked at with those eyes, it’s a bike for people who are moved by the styling, not the promise of adventure in far-off dusty climes.

So, what is wrong with that? Haven’t many other manufacturers gone down that route? OK, so Triumph and Ducati have delved into their back-catalogue for inspiration but BMW have created a retro look for the RnineT based on nothing but its imagination. However, the Urban GS could claim to be a bit more authentic than any of the other RnineT models. For this bike harks directly back to the very first R80G/S, at least in terms of style and, if we think carefully, in terms of efficiency or fitness for purpose.

Look at an original R80G/S and there isn’t very much to convince you that here was anything other than a normal street bike given a slight makeover in order to tackle that most difficult of races; the Paris/Dakar. 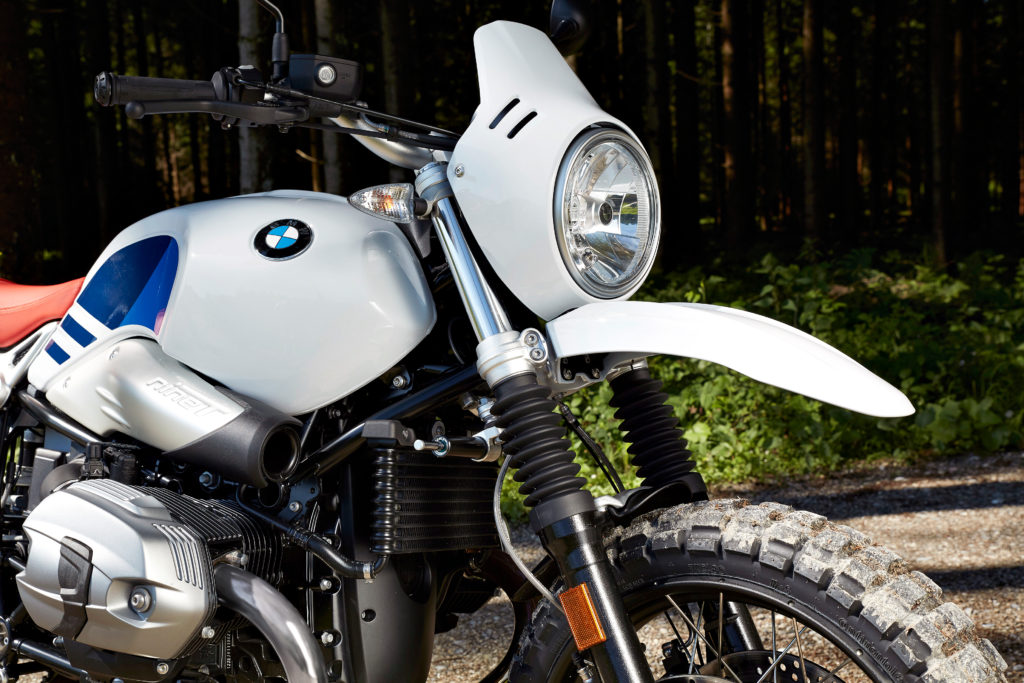 The fact that it did so very successfully is more of a statement about the state of the art back in the early 80’s. Try taking one of those to the start line of the Dakar today and you’d be laughed out of the paddock, never mind making it through day one!

But that’s not to say that they didn’t look cool and so does this bike. This is a throwback to the granddaddy of adventure bikes and, while it may not be the first choice to take off-road, isn’t it just as authentic as the many cafe racer copies floating around out there? Would any of those, with a few honourable exceptions, be any good on track?

No, this is a homage to the original and should be taken as such. Manufacturers are developing platforms that can be transformed into many different variations, whether to be brilliant at what they do or to access some retro aesthetic. Which brings us right back to the beginning and my point that here, possibly for the first time, is a BMW that exists solely for style’s sake.

To be honest, there’s nothing particularly wrong with that. As a town, sorry, urban, bike, it’s very good. What more could you possibly need? Punchy performance, smooth chassis and suspension, good ergonomics, really comfortable seat (despite the appearance), funky good looks; take it for what it is and it’s a very good urban assault machine.

For once, BMW has given us what they think we want, not what they tell us we need.