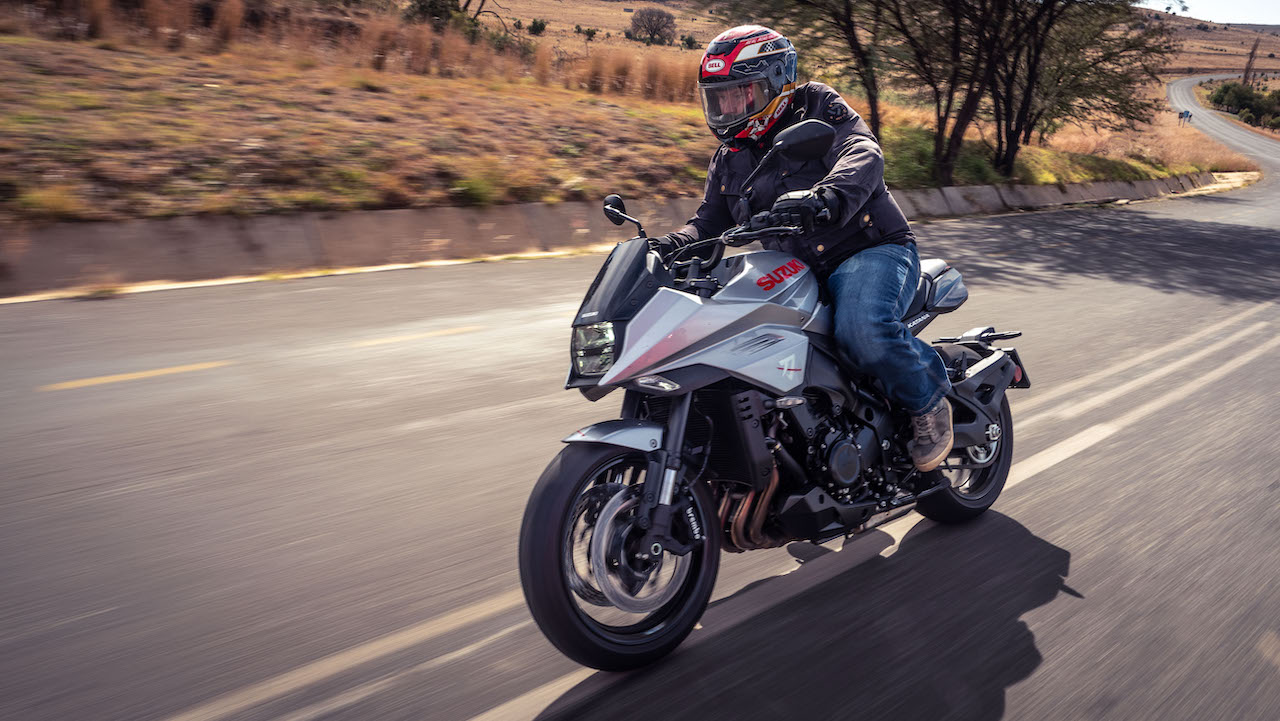 Story: Donovan Fourie
Pics: Meghan McCabe
They say that the universe is designed using the language of mathematics, that everything can be fundamentally broken doing into logical equations, pragmatic policies and numerical values. Everything happens because a series of numbers have dictated thusly.

I’m not so sure about this. There are little incidences where you think to yourself: “this makes no sense at all”, and the newest example of this will soon be adorning Suzuki showrooms.

It’s the new Katana, and it should not be much of a big deal because, frankly, it is essentially a GSXS1000 naked sports bike with a set of shoulders pads and a perm from the ‘80s. The GSXS1000 is a peach of a motorcycle, and we at The Bike Show know this more than others because we raced the GSXS1000F – the fully-faired sport-tourer version – for two seasons of endurance racing.

Our Big Girl Racer had its neck wrung for close to 60 hours per year around some of the most demanding circuits in South Africa, where it was raced, crashed, scraped, flung, chucked, spurred, slid, wobbled, dropped and set on fire once, and it took all this in its stride. It handles better than a bike of its size and intent should, the motor – a 1000cc, in-line four lifted out of the 2005 GSXR1000 – pushes a commendable 150hp. It’s an odd sensation, because in-line four motorcycles have a tendency to be a little soul-less, and yet this particular motor feels beefy, manly and rugged like it hangs out in smokey pool bars and feels nothing to break the neck off their beer glass and stick you with it.

Of course, all this malevolence comes in the genre of a sport-tourer, that suited us and our endurance ambitions perfectly because 48 hours cramped in a superbike position sounded like pure, liquid hell. It was an excellent two years of racing – we didn’t break any lap records, but we achieved times and positions a bike of this type should not, and we did it without breaking our backs, especially Mat who is nearly 300 years old. 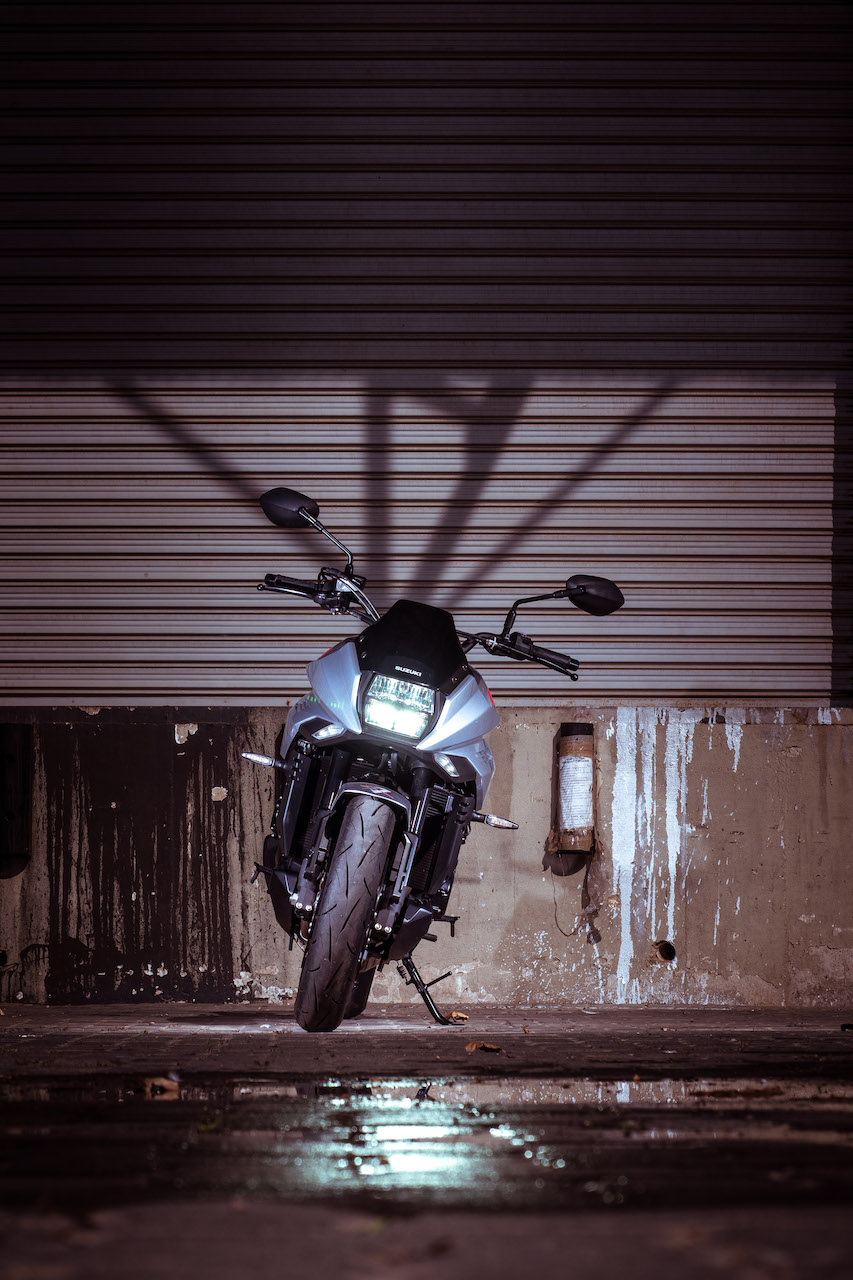 And now we have this same magnificent motorcycle dressed like a Katana, a bike from the ‘80s.  Essentially, that means that to the rider, who cannot see what the bike looks like while riding it, it should be just like riding a GSXS1000.

Except that it isn’t. That’s because you are not riding a GSXS1000. You are riding a Katana.

The year 1981 is globally known as the Year of the Katana because that’s the year the planet changed. The ’70s was the decade when the Japanese completely conquered the motorcycle world, replacing the British and Italian monstrosities with fast, capable and reliable motorcycles. It sounds like it might be unexciting, but it was anything but that.

The factories were all about the numbers, and those numbers were horsepower output, top speed, race wins and, lastly, units sold. Engines grew bigger and more powerful, while frames, suspension, brakes and tyres stayed more or less where they were, meaning everyone rode high-powered machines that were utterly incapable of controlling these speeds.

It must have been such a fun time.

The ‘70s got old and died, and the ‘80s were born. It was here that Suzuki took this mad-capped legacy into the new decade.

The Katana was designed by the Target Design House in Germany, the same people that had designed various BMW motorcycles before, and this is where that uncanny resemblance lies. It was 1980, the proper start of the new era when the first Katana was unveiled to a sea of awe. It was narrow and compact, adorned with a skimpy fairing that resembled a quasi-Darth Vader helmet and bulging out of the middle, like a set of Terminator pecs, was an 1100cc four-cylinder motor, the most powerful production motorcycle engine the world had ever seen. 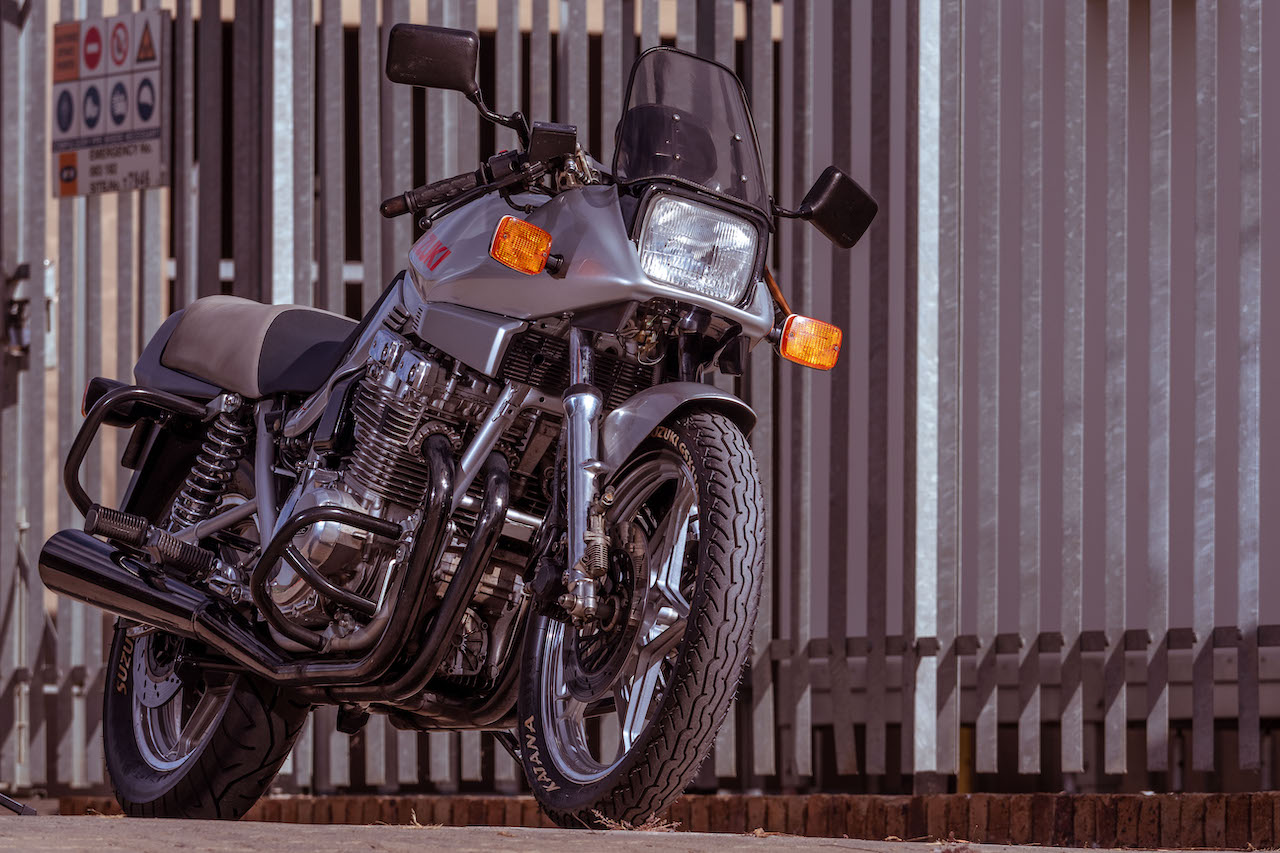 It was so striking, so different and so aggressive that even its most prominent critics couldn’t help but feels a strange attraction to it. When it was released to the public, it soon achieved a cult status followed closely by its own religion. It raced on race tracks, on roads and while parked outside cafes, and it won everything. It became a legend and will forever be loaded in the mythical chronicles of motorcycling.

Even today, nearly 40 years on, the old Katana growls and snarls its way through the revs, and the punch it backs would leave even some modern bikes stumbling.

And now Suzuki has re-released the Katana name. Obviously, it doesn’t set the same bar that it did in 1981, but then the people who praised the Katana at the time are probably no longer interested in strung-out sports machines and would prefer the sport-tourer luxury.

But it looks like a Katana, and that has power. When you walk up to it, you see a Katana. When climbing aboard it, you know you are climbing aboard a Katana. People that see you see you on a Katana. And you can tell who knows the Katana over who doesn’t because the Katana pundits will give you a respectful nod. You are most definitely alright in their books. 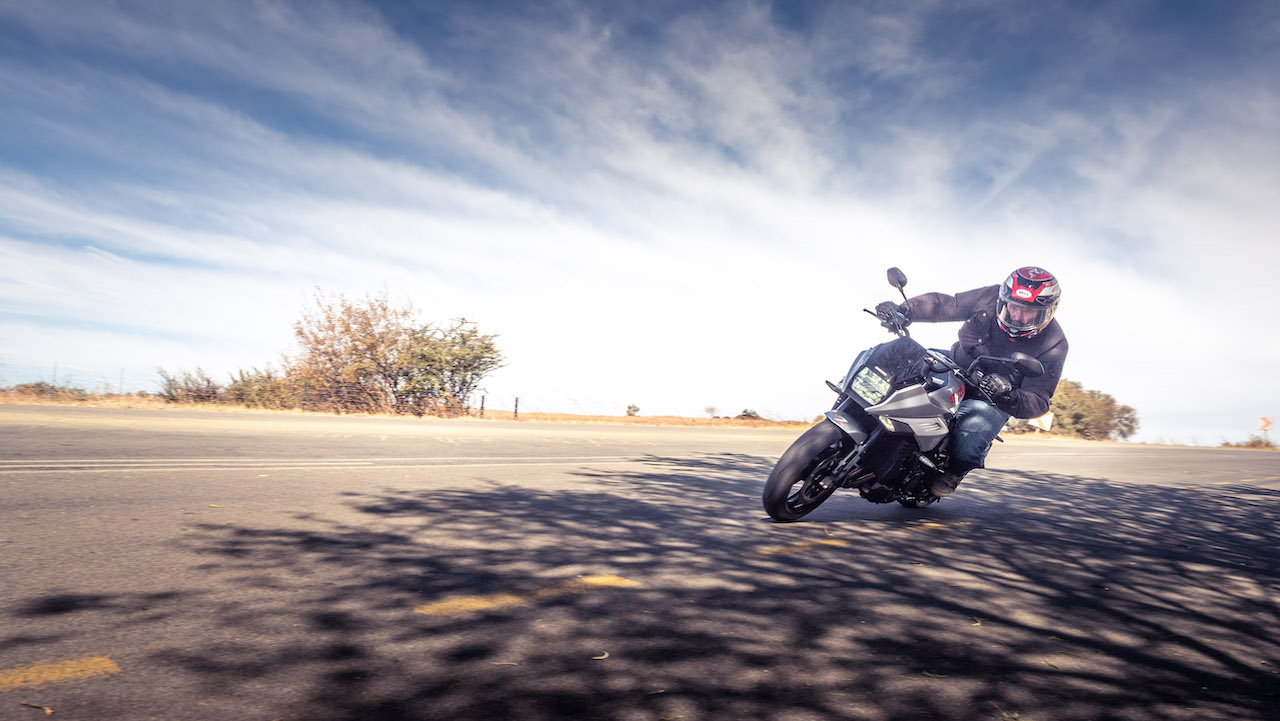 This is where mathematics makes no sense – this bike is, for all intents and purposes, a GSXS1000, and should feel like one in every way. True, it is a little taller than the GSXS, and the seat is a bit different, plus there is a full-colour dash, but this shouldn’t be enough to make a massive difference to your riding experience. Mathematics still dictates that you are riding much the same bike.

But you are not. You are riding a Katana, and that changes everything. And you are so much cooler than everyone else because of it.