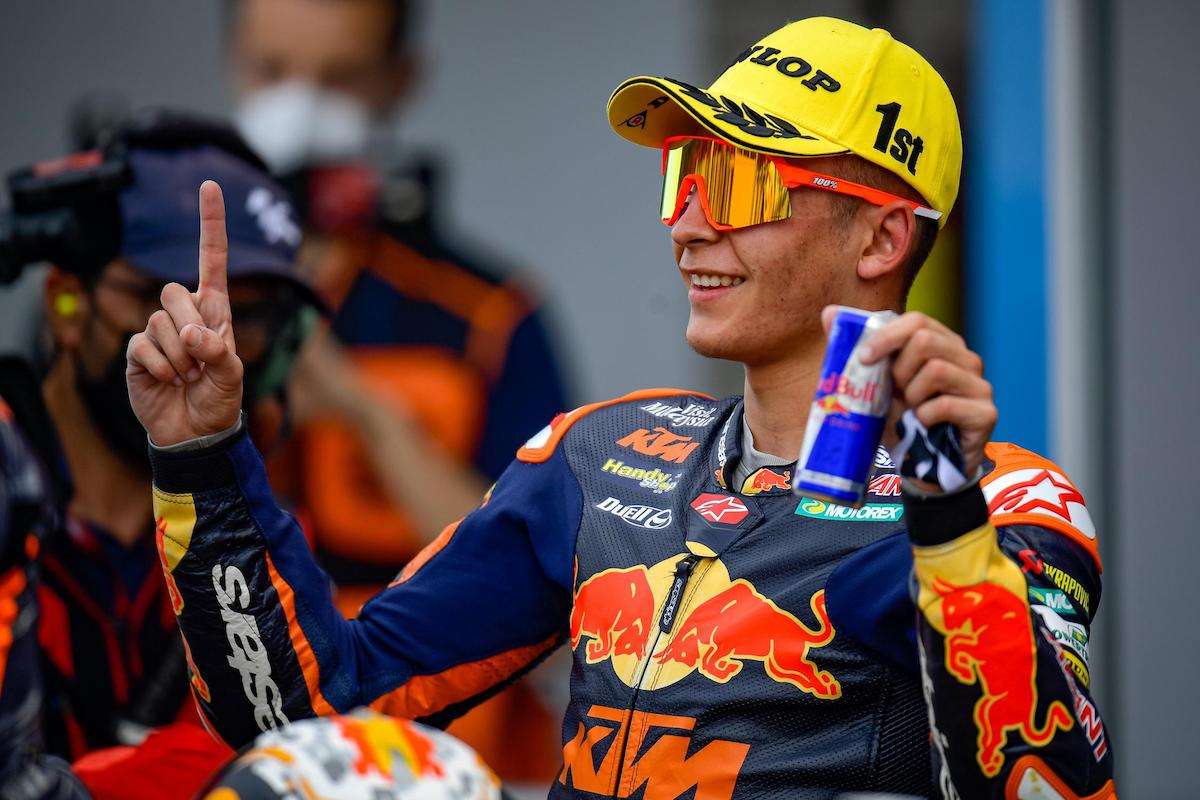 This is unexpected and is perhaps one of the fastest career progressions in Grand Prix history – Raul Fernandez is moving to MotoGP next year.

This news comes after the 20-year-old is less than one year into his rookie Moto2 season, and after having spent just two full seasons in Moto3 before that.

This is all part of KTM’s talent nurturing strategy, the same that saw current KTM MotoGP riders Miguel Oliveira and Brad Binder move through the different classes under the KTM umbrella.

Fernandez joined the Ajo KTM Moto3 squad in 2020 and, despite finishing fourth for the year, was dominant through the second half of the season, dominant enough for team boss Aki Ajo to move the Spaniard directly into his Moto2 team.

Although KTM does not build a Moto2 machine, after withdrawing as a manufacturer in 2019, it does put its name on the Ajo Team Kalex machines, a compromise the Austrian manufacturer is willing to make to continue its talent growing policy.

Despite being a Rookie, Fernandez finds himself second in the Moto2 Championship with three wins, six podiums and four pole positions after just nine races.

The move to MotoGP is a big deal for Fernandez, but a big deal for KTM too after rumours that Yamaha was prepared to sign a big cheque to tempt the youngster into its camp.

Tech3 is a satellite KTM MotoGP team that prides itself in bringing young talent into the premier class. While operating as a satellite team, it runs a set of factory KTM machines, the same as those ridden by Binder and Oliveira in the Red Bull Factory Team.

Fernandez joins his current Moto2 teammate, Remi Gardner, in the Tech3 MotoGP team next year after the Australian was signed earlier in the year. The move is a problem for current Tech 3 riders Danillo Petrucci and Iker Lecuona who are both out of a ride for next year.