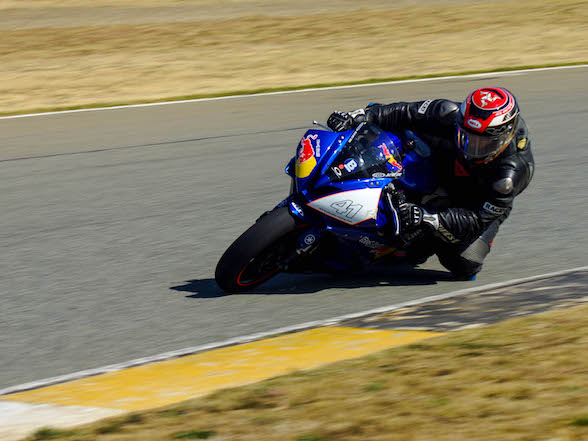 Taking a prototype set of slick tyres to Phakisa to see if we will not die. 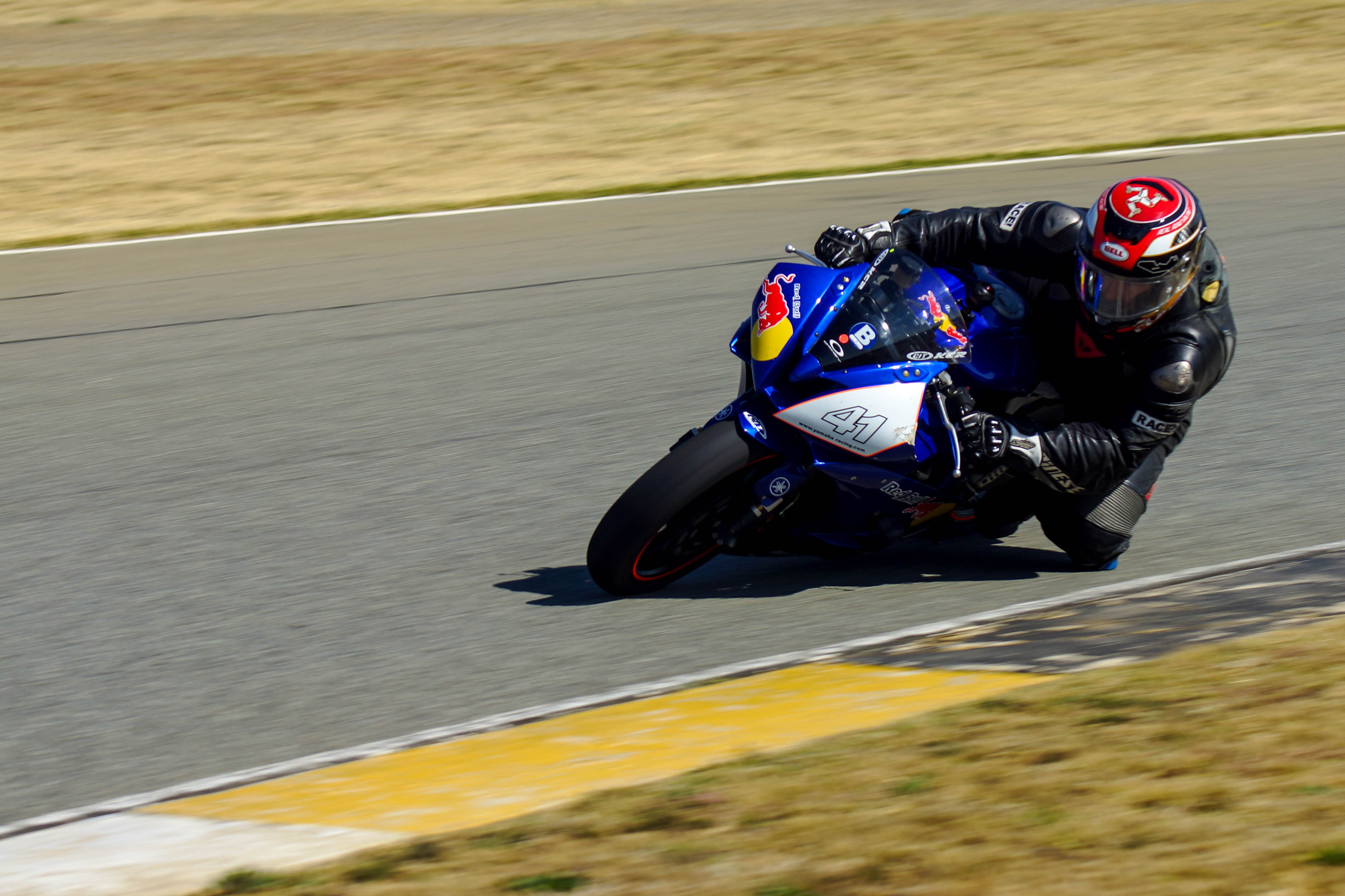 Story: Donovan Fourie
Pics: J-Pix
Testing track tyres is always a bit terrifying – as we’ve pointed out before, basically your job is to see how far the tyres will go before they let go ending in a potential crash/injury/death. It is even more terrifying when said tyres have not completely been tested by the professional tyre testers either. That’s the bad news. The good news is that Batt tyres is releasing another tar tyre.

A quick catch up – Batt is a tyre brand pioneered by South African tyre guru, Bruce de Kock, who also runs the famous Bike Tyre Warehouse outfit, South Africa’s largest motorcycle tyre outlet. Batt has been running for more than a decade specialising in dirt and ATV tyres with much success, but have now strayed into the world of road bikes. You might remember that Harry and I tested their first tar offering – the Batt HP Series 2 road tyres – at Phakisa where we successfully completed the MRA 8 Hour on a KTM 790 Duke without any crashes/injuries/death.

This is their second offering, and we use the word ‘tar’ because the HP tyres are designed for road use, despite our moronic track antics, but now we have the UHP Series 2, a tyre that is designed solely for track use and is therefore devoid of any treading, and can confidently be called a slick. More so, the tyre doesn’t properly exist yet. Tyre development is a long complex process – Bruce had to go overseas, sit in board rooms with engineers, designers and experts, come up with concepts, come up with ideas and come up with plans. The tyres, are then built, tested, rebuilt, tested, rebuilt, tested, until the overseas people are happy with the outcome.

It goes one further, because Bruce is not the sort of fellow to accept half measures, and before he gave the green light, he asked the factory to send him a set to see for himself here in South Africa. And so, I stood at Bike Tyre Warehouse with the amiable Bruce handing me a set of slick tyres to take to the track and see if I will return.

The Batt UHP Series 2 was designed as a track only tyre more for the track day rider than the pro racer. The goal was to provide grip enough for the track day rider to push their personal best and durability enough to last more than one track day. More so, the price needs to be good, and they have succeeded with this set – currently, this 120/180 combo will set the customer back R2,999. For a track tyre, that’s simply amazing – most other slicks will retail for around R5,000 a set.

And so we arrived at Phakisa for an MRA track day. It’s a 120/180, so a generous friend loaned me an R6 to do the mule work, and the bike sat in the pit tyre bay as I arrived with the tyres…

Here’s the thing – this set was not the production set. It was a prototype, and the outcome of this day would further sway the decision of whether these would go into production or not. Because they were prototypes, no markings or branding had been placed, and so I arrived with a set of slick tyres with nothing but a size written on their tyre wall. Of course, people asked about this, and I couldn’t resist:
“Hey, what tyres are these?”
“Don’t worry about it.”
“Seriously, what are these?”
“Don’t worry about it.”
“Are you testing these? What are they?”
“Yeah, I am testing them. They’re a prototype, but don’t worry about it.”
And then I’d walk off with a slight smirk on my face.

A few minutes later, rumour was rife around the pits that Donovan Fourie from The Bike Show was testing a special set of MotoGP tyres.

There was some method to my mischief, because I soon had people coming up to me asking about them. At that stage, I let loose that these were Batt prototypes, designed for enough grip, lots of durability and a price of R2,999. I got encouraging nods from people when I mentioned the grip and durability, but their eyes went wide with disbelief when I mentioned the price?

So the concept has approval, now we just need to see if the tyres work.

The R6 was used because it is a superbike that uses that tyre size – in theory it’s perfect. Practically, there are some problems, and I concede that these are mostly my fault. The first problem is that I don’t fit on the R6, something I confirmed when I sat on it for the first session and found that the footpegs were too high, the bars were too close and the tank left little room for, well, the bit that I have because I like food. The other problem is that this bike was set up for a ride half my weight – seriously, the owner is a small bloke. And it was a cold day… 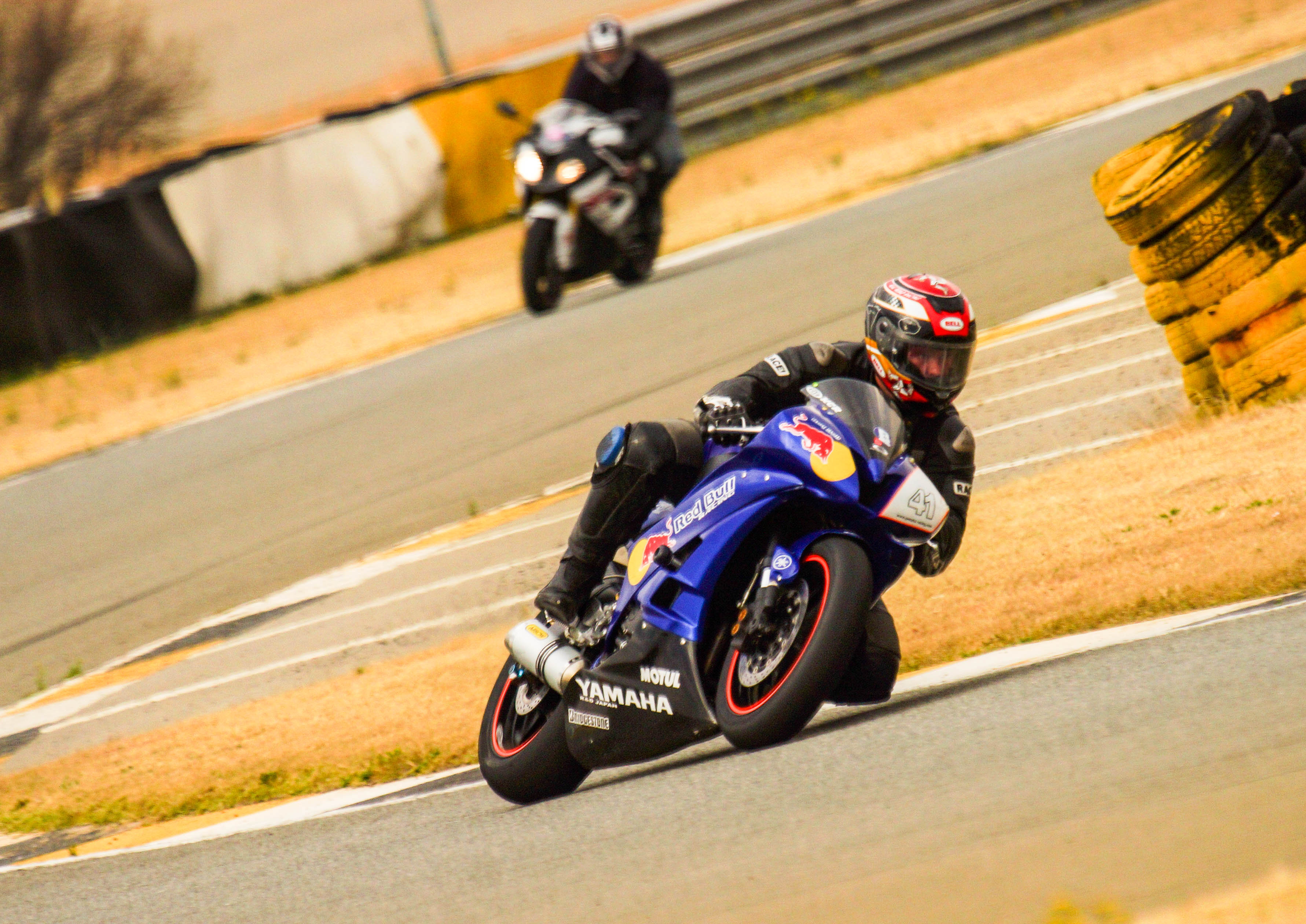 These may sound like racer’s excuses – and they are – but I use them not to save face for myself, but to further convey the accolades of the tyres, because they deserve more than what I produced. After a few sessions of Phakisa, I was happily doing 1:50s all session long. By many a track rider’s standards, that’s a commendable time, but I’ve been racing for 26 years and I think it sucks.

As is evident with my self-deprecation, this is not the fault of the tyres. If I could move more, then an easy 1:49, possibly even 1:48, was on the cards. If I weighed less, then 1:47 would be an easy goal. If I had some more bike setup then a 1:46 would be quite doable. Last thing, if a better rider were on the bike, no doubt a 1:44 wouldn’t be a stretch.

In terms of feel, the tyres are, well, good. They maintain well under hard braking, they turn in well and the grip would probably be overcome by only top racers. If I were to find a fault, it would be that if you really push the trailbraking hard and deep into the corner, the front will eventually start rolling slightly. This would trouble Marc Marquez. Us mere mortals will probably never even know about it. The rear tyre is truly brilliant. I would rate it among some of the most established brands in the business.

What’s more is that we did roughly four sessions on the tyres around Phakisa. This is quite a task in itself, as anyone who has spent time at Phakisa would know. My mate Andre, our brave leader at MRA, once put a soft race tyre on the rear of his ZX-10R, and the tread was completely finished after five laps – no jokes.

At the end of four sessions, mostly riding hard, the Batt UHP tyres were worn, but there were still a good chunk of the wear tells to be seen and therefore a good deal of riding still available. At another track, they would’ve still largely been new. With that in mind, the goal of achieving more than one track day on a set of tyres seems to have been well met.

So here we have it – Batt set out to design a track day tyre that had enough grip for even A-group riders to achieve their PBs, tick. They wanted them to have the longevity to last more than one track day, tick. And they wanted them to retail for R2,999, tick.

There we have it, ladies and gentlemen – a tyre that was developed by a South African that truly works. This set, the 180/120 combo, is going into production as we speak, and Batt is busy with the final development of a 200/120 combo also. That should be really good.