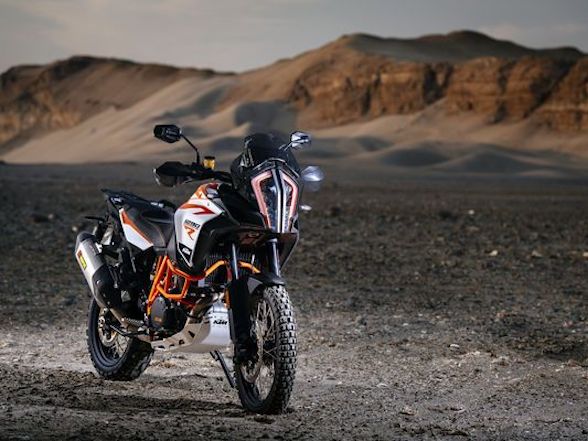 There were 15 finalists in the 2017 SA Pirelli Bike of the Year and only one winner. You might agree with the judges and you might not, so The Bike Show decided to take a look at each one and see why what was where. Click Next or Previous at the bottom of the page to see finalists, or click here to go to the beginning. Let’s start with our winner – the KTM 1290 Super Adventure R: 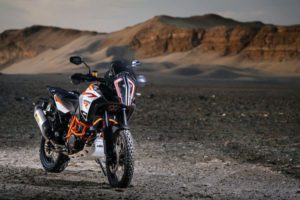 It’s big, and it’s, erm, interesting looking. Well, I think it looks interesting, many others feel it was given a savage beating with the ugly stick. Whatever, it’s big and imposing.

It’s extremely narrow around the knees and it doesn’t dominate the skyline ahead of you like BMW’s R 1200 GS colossus. In fact it feels light and easy to throw around (it’s the lightest in class), and with a set of dual purpose tyres on in place of the standard knobblies it will tear through a set of bends with some seriously sporting credentials.

But it’s off-road that this bike is unashamedly trying to tame, and KTM confidently proclaim this to be the planet’s most extreme adventure bike.

Wherever you look there are top quality components designed to take a beating off-road. And yet with all this rugged capability comes a huge array of electronic rider aids that are sophisticated enough to not only keep you safe, but also make you faster.

What really sets the 1290 R Super Adventure apart from its competitors is, as seems to becoming the norm for KTM these days, the stonking engine. A 75-degree V-twin of very nearly 1,3 litres generates the kind of horsepower and torque that makes many of its closest competitors blush with embarrassment.

If off-road adventure means more to you than the occasional gravel road, and the places you want to visit don’t have much in the way of roads, or tracks, or even footpaths, then this is the bike for you. But, don’t think that you have to sacrifice in any way for the road part of your biking life, this same machine will happily drone along the highway between Cape Town and Jo’burg, two-up and loaded with unnecessary luggage. This is extreme adventure with a gentle side, and it’s all the better for it.

KTM has moved the whole class along with the Super Adventure R, expanding our ideas of what a large capacity adventure bike is capable of, and in the same breath opening up even more of the world for two-wheeled exploration.