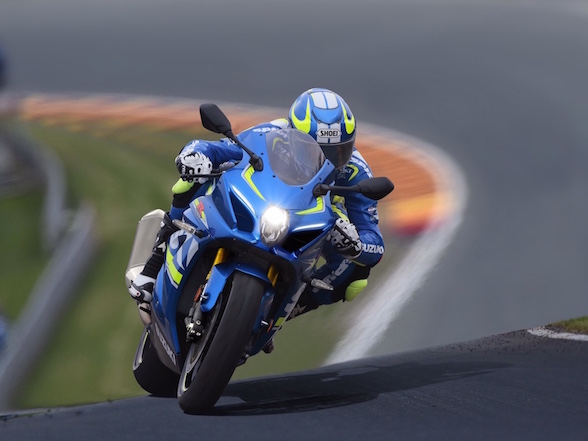 There were 15 finalists in the 2017 SA Pirelli Bike of the Year and only one winner. You might agree with the judges and you might not, so The Bike Show decided to take a look at each one and see why what was where. Click Next or Previous on the icons at the bottom of the page to see more, or click here to go to the beginning. In didn’t make the top six, but it made the finals – the Suzuki GSXR1000: 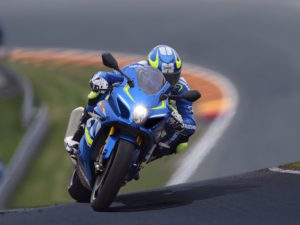 Like the Fireblade, the new GSXR1000 has been long awaited, much anticipated and finally it is here, and they did not disappoint. This is the highest revving of any 1000cc superbike available and much of this has to do with their new variable valve timing that is based on the system used on their MotoGP bike. It allows the bike to still have all the midrange a normal revving bike would have, but then add a little cherry on top.

The uppermost 1000rpm of this bike has a wonderful final kick, almost like it has a little turbo boost, all while singing the banshee song of a 1000cc revving in 600cc territory. The previous GSXR1000s were famous for having brutal power, but that is all that really worked well. The chassis tended to be solid and stable, so stable that not even the rider turning the bars would stray it from its course. And the brakes occasionally worked.

This new one strays from tradition, and possibly the laws of physics, by still keeping the amazing oomph and sure-footedness of the previous models, plus it does new things like go around corners and stop when you pull the right lever.

Where it potentially lost out on the BOTY award is in the fact that the Fireblade, for what we were doing while judging, is probably a little bit more user-friendly, especially around the streets. However you could say that if it were a more racy bunch of journalists testing this bike on more of a racetrack, it’s very possible that it would’ve scored higher.

Against: no colour dash, not as good looking as other superbikes, not as refined.