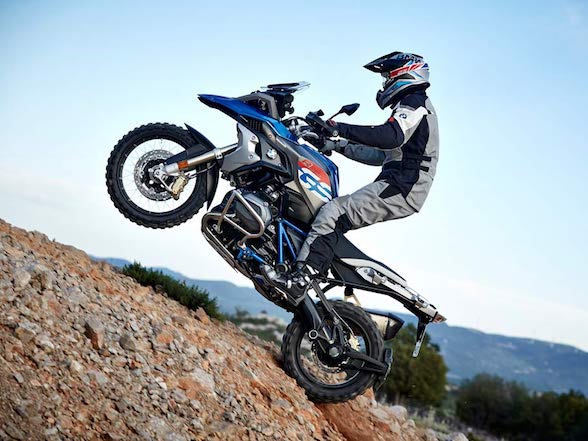 There were 15 finalists in the 2017 SA Pirelli Bike of the Year and only one winner. You might agree with the judges and you might not, so The Bike Show decided to take a look at each one and see why what was where. Click Next or Previous on the icons at the bottom of the page to see more, or click here to go to the beginning. In didn’t make the top six, but it made the finals – the BMW R 1200 GS Rally: 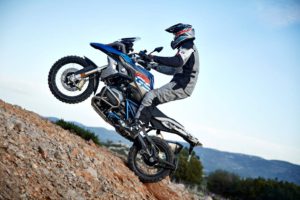 Behind every big bike manufacturer there is always at least one legend of a bike. Many of these legends are still living, in one form or another. BMW’s R 1200 GS is just such a bike.

Nearly four decades have passed since we first encountered the R 80 GS, and its modern incarnation has grown to become the most important model for this major European manufacturer. The GS has, with the help of Mc- Gregor and Boorman and a market ready for adventure, generated the funds necessary to reinvent BMW Motorrad.

The current R 1200 GS is, for the first time, now available in South Africa in two versions. Discounting the Adventure which remains the same, you can opt for the slightly more road focussed Exclusive, or take the model in this year’s BOTY competition, the Rallye.

Compared to the Exclusive the Rallye features a lower screen, slimmer seat, a wider handlebar and wider enduro footrests, all of which add up to a more controllable bike during off-road riding and while standing.

Being a complete numpty off-road, I rely on my esteemed colleagues to give me the necessary dirty feedback, and the consensus is always one of surprise and a certain amount of begrudging admiration. With the Boxer motor providing such a smooth, easily controlled burst of torque and the advantages of a lower than usual centre of gravity, the GS never fails to impress even the most orange of riders.

The big improvements in this new generation of the GS come via the suspension and electronics packages. More riding modes, the ability to fine-tune all settings and on the Rallye, a more in-depth range of off-road applications.

The GS has dominated the ‘‘adventure’’ bike market forever, and this new, more hardcore off-road version of the GS is designed to maintain that lead. The R 1200 GS Rallye is better than ever, so much better, in fact, that I think owners of the current generation would be genuinely surprised how much the bike has changed despite it appearing to remain, on the surface at least, very much the same.