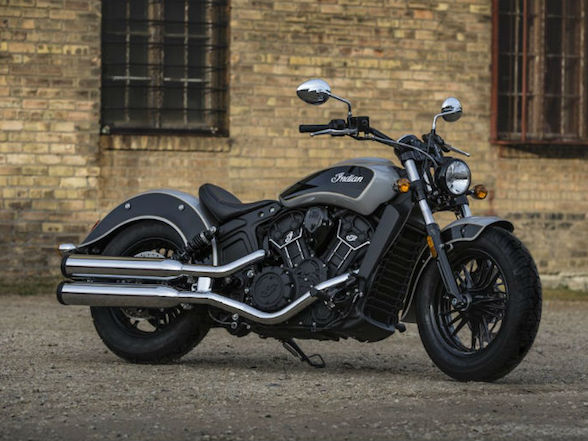 There were 15 finalists in the 2017 SA Pirelli Bike of the Year and only one winner. You might agree with the judges and you might not, so The Bike Show decided to take a look at each one and see why what was where. Click Next or Previous on the icons at the bottom of the page to see more, or click here to go to the beginning. In sixth place is the Indian Scout Sixty: 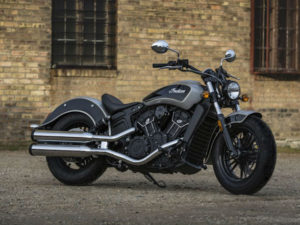 Cruisers are just all show and no go, right? Lots of bling, handle like a sea-sick oil tanker and with about as much urge as a syphilitic snail. And generally you’d be right but that also means that you certainly haven’t ridden the Indian Scout Sixty. It is everything a cruiser shouldn’t be.

OK, so it’s no lightweight – it follows the American tradition of being made from lots and lots of iron – but that is where the comparisons end with other cruisers.

First and foremost, the Scout Sixty is a fantastic ride; despite losing around 200cc’s of engine capacity to the regular Scout, it is a great, punchy engine with no vibration and a great soundtrack through the standard twin pipes. And it handles, it actually is fun to chuck around, the only limiting factor being ground clearance; budget for new foot pegs every month or so if you ride it as it can be ridden.

But even if you want to take your time, it’s still a great bike. It’s small and compact and super low so great for the vertically challenged. But it’s not cramped if you’re tall. The quality is up there with the very best and it’s a restrained piece of design that doesn’t shout at you visually but, having said that, you can’t fail to notice it, for all the right reasons.

If we have to find a fault, it is one that can be levelled at any cruiser; a lack of rear suspension travel. But it never feels hard or out of control.

This bike redefines the cruiser segment.

Indian Scout Sixty – for vs against points: