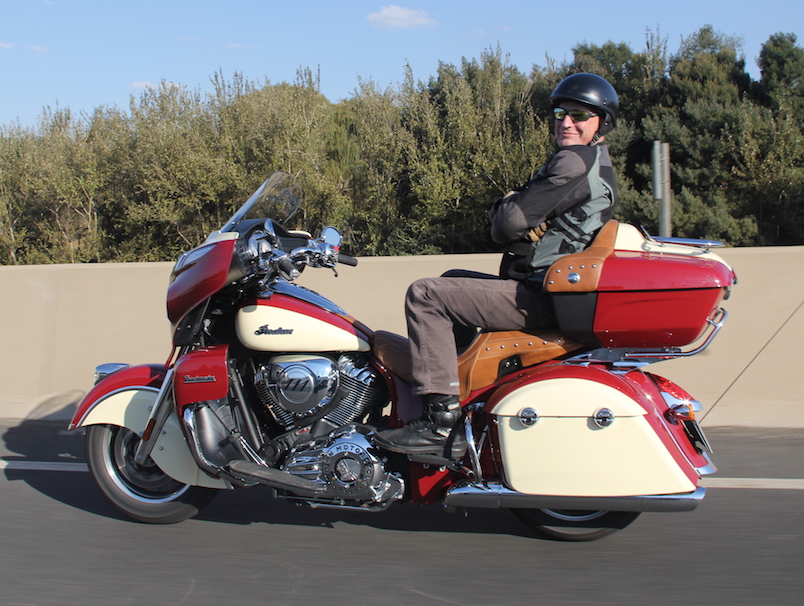 One of the options you tend to consider, when buying a car, is the number of seats. Family man may well be looking for at least five seats, maybe more, while someone after a sports car definitely doesn’t want more than two.

This is obviously not a major puzzle for motorcyclists who are restricted to a maximum of two seats, though in reality us bikers should consider this whole passenger accommodation thing a bit more carefully. Too often we expect our partners to endure a miserable, frightening experience and seem surprised when their enthusiasm doesn’t match our own.

I will never forget the shocking sight of tears streaming down the face of my wife when I turned back to share some banality about the beautiful countryside we were travelling through. We were riding off-road in the KZN midlands, but the pace I considered gentle and safe seemed anything but from the elevated perch my poor wife was occupying.

I know the feeling; I very, very rarely ever get on the back of a bike, even though I make my living from riding anything with two wheels. The reasons are simple and it boils down to trust and fear. I don’t trust riders I don’t know and getting a pillion ride can be a scary experience even when you do trust the rider.

Last week I got another timely reminder about the nature of being a pillion when Bruce, the editor of The Times motoring supplement, suffered a mad rush of blood to the head and agreed to a couple of laps of Red Star Raceway as my pillion. I had a BMW S 1000 RR with me, a barely disguised superbike racer made legal for the road with some indicators and mirrors.

This bike has been designed to cut the quickest lap times possible, it is a finely crafted performance machine where attention to detail includes shaving grammes from every conceivable component. The balance of the bike – its weight distribution front and rear – has been optimised to be 50/50, or in some cases 51% in favour of the front end.

Think about it, something that can easily surpass 60-degrees of lean angle on  tyre/track contact patches no bigger than the palm of your hand, and can accelerate faster than any car all the way up to 300km/h plus, all designed to work with a skilled rider at the controls.

And then you plonk a 100kg leathered-up passenger on the back. Most 130Kw superbikes weigh around 200kg, but for them to work they must be designed to incorporate another 70-100kg of fully kitted rider. Add another 100kg of passenger and suddenly the meat on the bike weighs as much as the bike itself.

That’s like getting a Ferrari and stuffing it with 15 people, which if possible would undoubtedly affect the handling somewhat.

The pillion seat on a superbike is smaller than a sheet of A4 paper, the footpads are so high that anyone out of their teenage years risks dislocating a hip just getting in position. Ahh, the position, which is exactly like you’ve been caught short with dysentery in the middle of the woods and suddenly need to go. Crouched down on your haunches with someone alternately trying to push you over backwards or pull you forwards, this is the pillion experience on a sport bike. Or it would be if the exercise was carried out on the edge of a cliff.

If you’re nervous at this point, there’s every possibility that you will collapse in a terror induced funk once you head out and realise there’s nothing to hold on to apart from the rider. This is more difficult than it sounds because he’s clad in skin tight leather and you’re wearing gloves. At this point it is entirely acceptable to start screaming, though nobody will hear you because you’re wearing a helmet and the rider’s got earplugs.

Under braking you feel like you’re going to slide over the rider and on the gas you can barely stop yourself from slipping off the back. Your adrenaline will undoubtedly flow doing a sport bike ride, but much like Bruce the ultimate verdict will probably be “Never again.”

Things aren’t much better for the rider either. Getting the best from a performance bike means throwing yourself around and using your bodyweight as an integral part of the machine. This is not possible when you’re held in position by a passenger.

A pillion seat on a superbike is a truly pointless thing, the extra weight of the passenger destroys the dynamics of the bike and stops you being able to ride it properly. On top of that, the experience is generally so unpleasant you may actually lose friends and partners as a result. So, fellow superbike riders, the message is clear. Just. Don’t Do. It.

But, and this is an important ‘but’; bikes designed for pillions will make your better-half love you even more and will gain you new friends wherever you travel. Being a passenger on a touring, cruising, adventuring bike is a wonderful affair, gently exhilarating, comfortable and safe.

I’d like to show Bruce how lovely a bike ride can be, but every time I drop into the office he’s nowhere to be seen. And he seems to have changed his phone number.