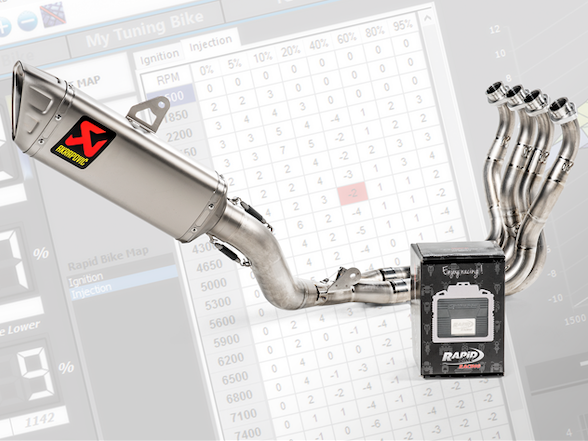 Performance Technic is the new technical facility in Kyalami, run by the same team behind the phenomenally successful Fire It Up and Bike Buyers. Every Tuesday they will be providing some technical know-how that could make your biking life a better and easier one. Today, we look at the Rapid Bike system and how Akrapovic now endorses it. 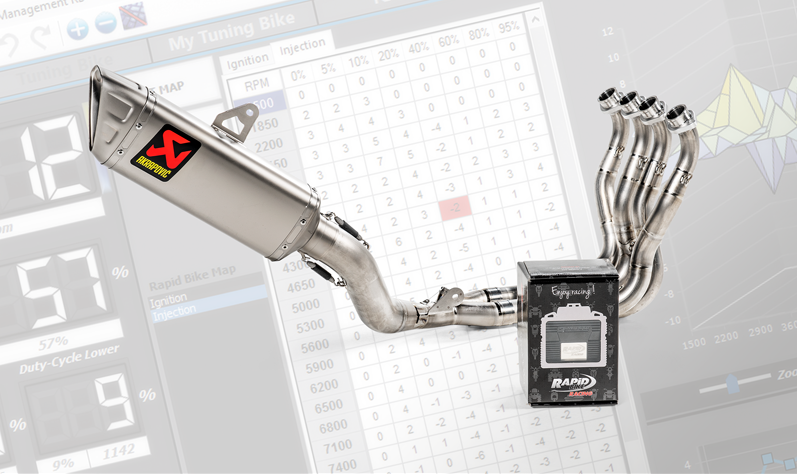 Previous during the Performance Technic Tip, we discussed exhausts, particularly Akrapovic exhausts, and how complex they have become, not just in design but in their manufacturing also. It involves complex metallurgy, sophisticated computer simulations, expert welding and extensive after production testing. They build exhausts for some of the top MotoGP and World Superbike teams, plus have even ousted Termignoni as the exhaust of choice for Ducati.

It might be interesting to note that this technological giant in the world of exhaust pipe performance has partnered with Rapid Bike, the popular plug-in software module. 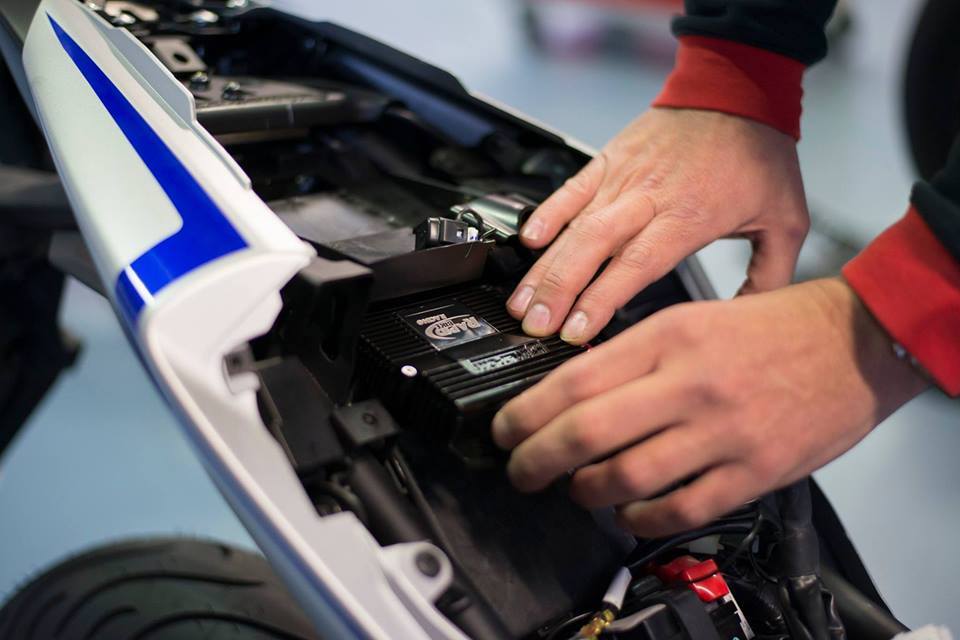 It’s produced by Dim Sport, the famous Italian software tuning and dynamometer company, and manifests as a metal box from which wires plug into various components all over the motorcycle. It measures the air-fuel ratio, the engine speed, the throttle position and the gears, and from this, it works out a new map every 0.001 of a second. If you have ever tried to blink that quickly, you will know how short a period that is.

More so, it doesn’t simply throw in a pre-programmed map – although they are available, with special ones now developed for Akrapovic exhausts – but will learn as it goes. We found this out when Mat plugged one into his trusty 2008 Triumph Street Triple 675, and what was fascinating is that he felt very little difference as he rode it out of the store. On the second day, he felt a marked improvement, and on the third day, he was blown away at how much better the throttle response and rev pickups were.

This is because it was learning his riding style as he buzzed through the streets of Johannesburg, and improving it as he went, especially taking into account the fact that this city in a full mile above sea-level. What’s more amazing is that this 11-year-old model is pre-ride-by-wire. 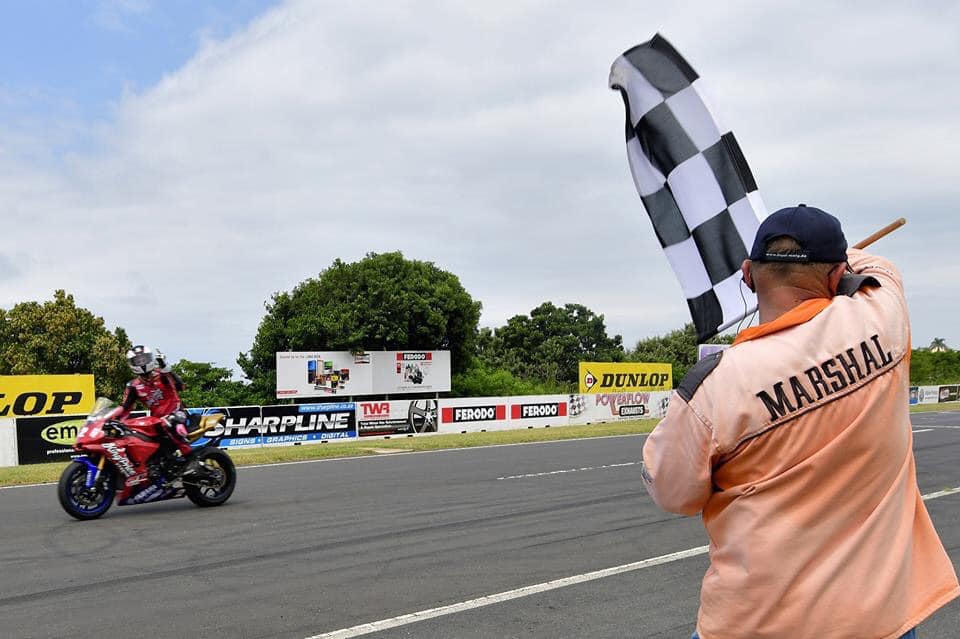 The performance gains are not only felt on the streets but, perhaps, are especially conducive towards track performance. This was evident in the first round of the South African Superbike Championship at Dezzi Raceway in KZN. Clint Seller had had his R1 at Performance Technic previously where it was meticulously tuned on their Dim Sports dyno, and he won both Superbike races.

This is impressive, but not quite as remarkable as the results of the Supersport 600 races. Blaze Baker had his new R6 mostly ready to go but called Performance Technic to ask for some further technical assistance. They flew their technician down to KZN where he installed a Sprint air-filter and the Rapid Bike module at the track before practice. There was no pre-determined map installed, and the system was left to learn on its own.

Baker not only took the overall win during race day the next day but noted remarkable improvement especially in Race Two as the system learnt his riding style. 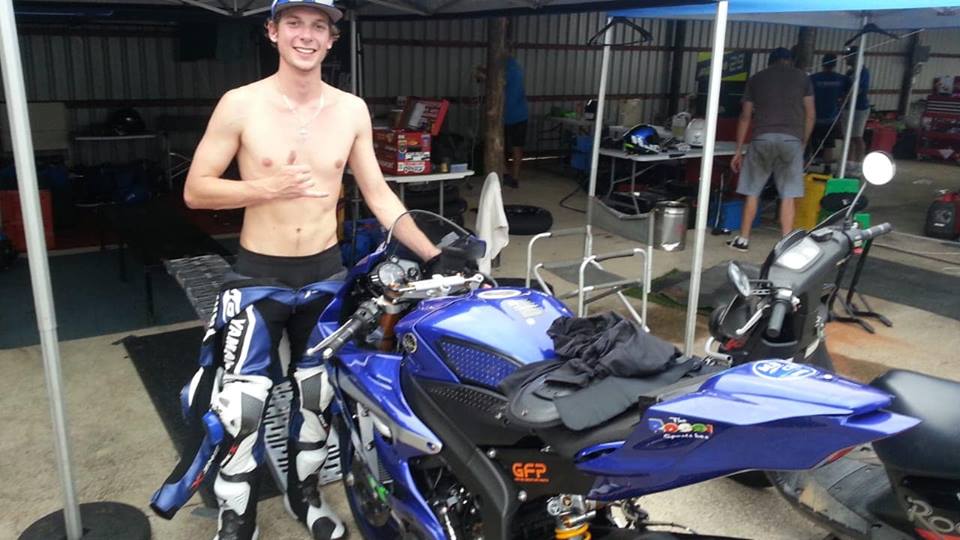 In the old days, technicians would sit next to the bike after each session and painstakingly punch in new maps hoping to get it right. These days the system does it all for you.

We worry that, someday soon, mechanics are going to become redundant.