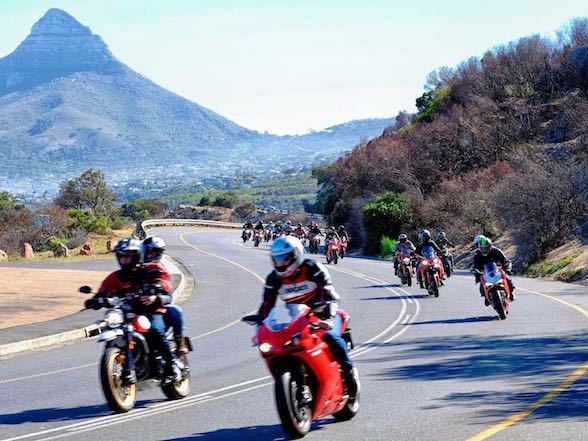 On Sunday 11th of February, The Originale Ducati Enthusiasts hosted the Originale Coastal Ride, their biggest ride to date with an attendance of more than 100 Ducatis. Originale founder Jannie Krynauw tells us about it:

Our club originally started off with low key breakfast runs with a handful of passionate Ducati owners. While our rides back then were small, a high sense of excitement and adventure led me and the rest of the team to recruit more members. As our group grew, so did our ride outs. When we finally got more than 120 members in the group, I saw great potential to get every single one of these bikers on the road, in one ride. 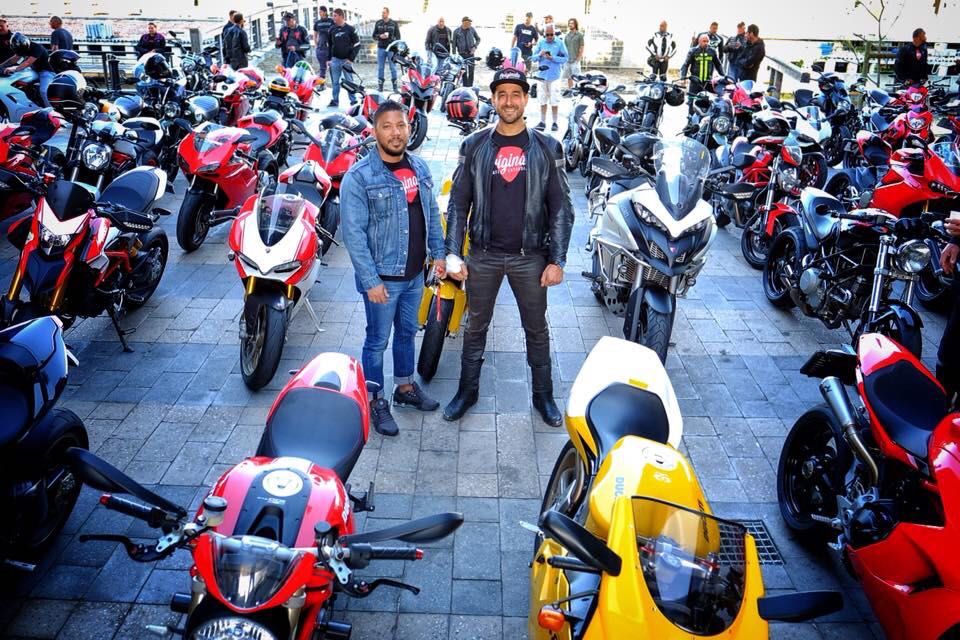 The original coastal ride was planned for the 3rd of December 2017. We anticipated around 50 riders to join, but was proud to have a whopping confirmation of 70! Due to Cape Town’s unpredictable weather, it poured with rain that morning, and we had to make the judgement call to postpone the ride.

Initially, this left us disappointed but we had to prioritise the safety of the group. However, the team stuck together and a group of us decided to do own ride out together, once the rain had stopped that afternoon. After seeing the passion and the camaraderie amongst the group, despite the circumstances, I saw how capable this group was and I made a commitment to myself and to them that I would get as many riders as I could on the coastal ride.

We discussed dates and decided February was our best bet. It was a blessing in disguise because it gave us the time we needed to efficiently plan the next ride out. Our team raised funds to hire a professional film crew, we had team members preparing the route for the ride, wristbands for each rider and organized a bigger breakfast destination with Tigers Milk, Muizenberg.

The planning for this ride out was tireless but each day we got closer to the 11th. The passion and excitement grew stronger now knowing that this effort would have been worth it all! 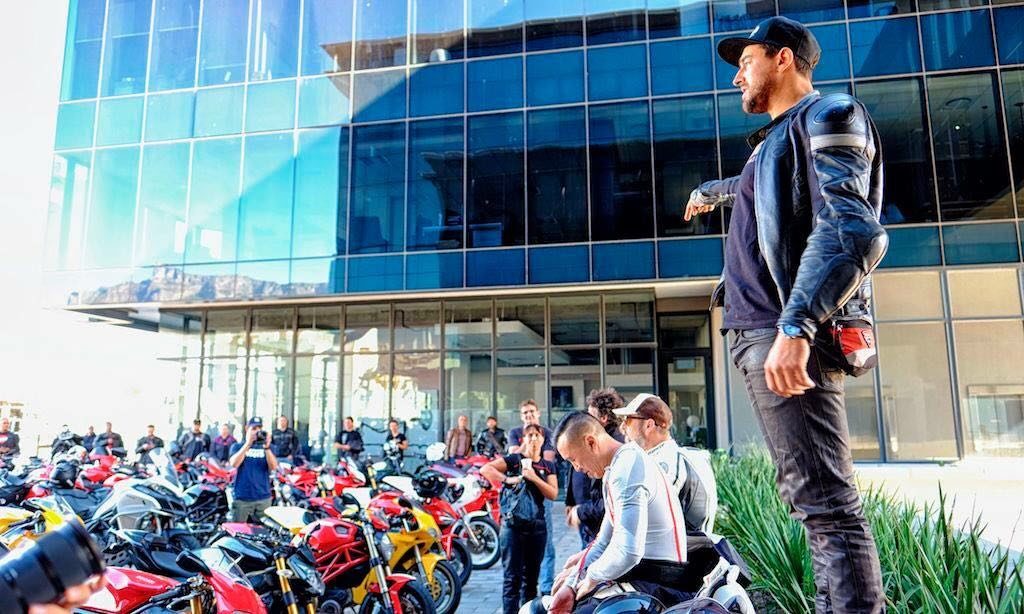 The 11th finally came, with its usual hiccups and potential wind storms, but the morning turned out to be crystal clear with a little more than 100 Ducatistis pulling in to the Cape Town dealership.

Due to high winds that morning it caused landslide at Chapmans Peak Drive, forcing us change the route via Oukaapse Weg which prolonged the ride. We followed through and stuck together accommodating all types of bikes, while keeping safety as a major priority towards a Secret Spot along with way for a group photo down by the shoreline of Misty Cliffs. The thunderous Red Sea of Ducati’s flowed in one by one, creating a photo for the record books. 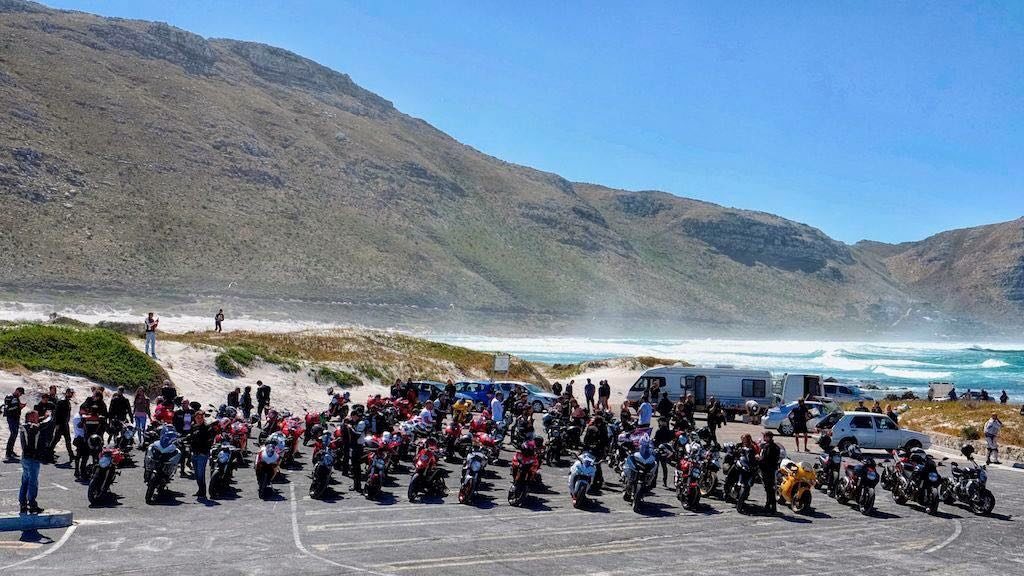 From there we made our away along the coastal line through Scarborough towards Cape Point. We finally arrived at our destination and were warmly welcomed by Tiger’s Milk, Muizenberg.

The entire group and some of their family members enjoyed a festive breakfast turned lunch. The ride was a massive success and I am so proud of every member that joined us on that great adventure. A memorable experience was achieved that will last a life time.

Plans have already commenced for our next installment and we can’t wait to make the announcement.

Stay tuned and see you soon.