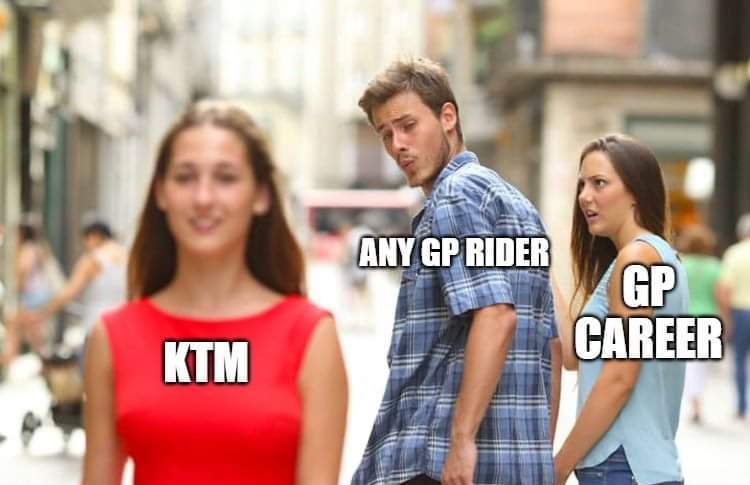 Story: Shaun Wray
A few weeks ago we all heard the announcement that Brad Binder has signed for the Tech 3 KTM MotoGP Team for the 2020 season making him the first South African to ride in the premier class since the start of the four-stroke MotoGP era.

There is no denying that we are all incredibly proud of this achievement and wish him all the best. With this being said, there are many concerned BB41 supporters that feel the move to KTM could be the end of his career as the bike isn’t performing as well as KTM had hoped. For anyone who has ridden a motorcycle on a track, even just in C group at your local track day, you will know the bug bites and once that happens the dream is to join the premier class, so given the opportunity Brad did what all of us would have done – signed the piece of paper.

Hanging in Moto2 is risky 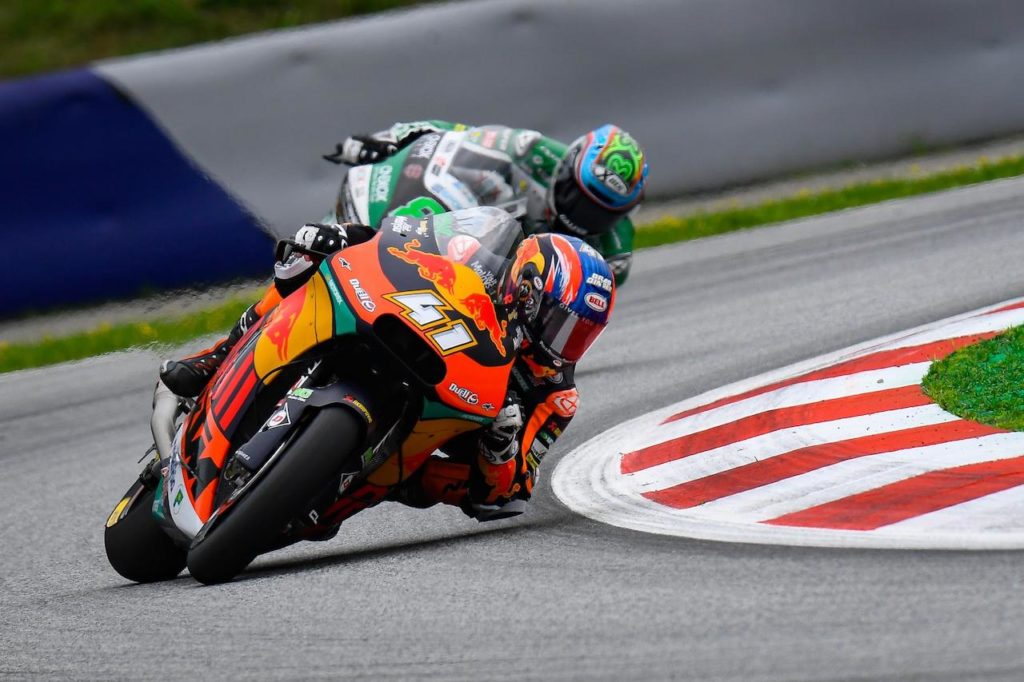 The other option was for Brad to hang around Moto2 for another year and give that championship a shot, hoping a different ride becomes available for the 2021 premier class season. As in life, there are no guarantees and the ever-long list of uncontrollables keeps growing.  At the Austrian round, we heard official news that KTM will no longer be continuing their Moto2 efforts, so it’s Kalex or Suter chassis for the Ajo Moto2 outfit for 2020. That would mean another new bike for Brad to get up speed with if he hung around another year in the super-competitive Moto2 class and spend another year racing the hungry as ever Alex Marquez, Sam Lowes, Thomas Luthi, Lorenzo Baldassarri, Luca Marini and a gaggle of red-mist youths.

It sounds like the 2020 year could have been as difficult and as frustrating as 2019. The news of KTM’s middle-class withdrawal also tells us that KTM is investing more time, money and effort into their MotoGP bike.

Why Binder in Tech3 KTM isn’t so bad

Tech3, the famous French team, is a pretty good, solid team with a solid budget and tons of experience. They have been around since the 500cc days, they know where to find parc-ferme and what podiums are all about and have looked after talent enough for many of them to move into factory riders. Team owner Herve Poncharal, Tech 3 and KTM know that the package needs some work and know that to improve they need world-class riders, i.e. Brad Binder. In actual, fact the KTM 2020 team line up of Pol Espargaro, Miguel Oliveira, Brad Binder with  Dani Pedrosa and Mika Kalio as test riders they have numerous world championships between them, so the pedigree is right. And this is even before we hear who is going to replace Zarco for 2020. 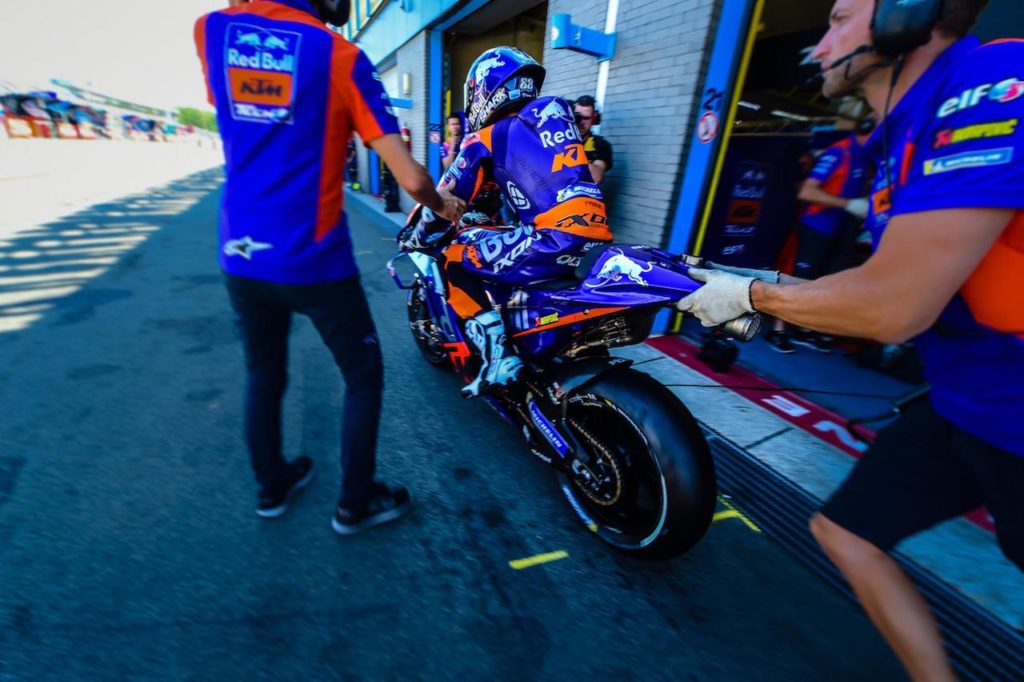 They haven’t had as many fireworks on the KTM, but they are making progress. Miguel Oliveira just got his seasons best 8thposition and was the best finishing KTM at KTMs home race in Austria.  The Portuguese rookie has scored points in 7 of his first 11 races and more importantly has finished all of them, being the only rookie this year without a DNF. His consistency has him ahead his teammate, Hafizh Syahrin (who has looked a little out of his depth ever since joining the premier class even when he was on the Yamaha) and other rookie Francesco Bagnaia, who beat him to last year’s Moto2 World Championship and is on arguably a better package, with only finished a little more than 50% of the races he has started this year.

Yes, we have seen guys like Tom Luthi come up to the MotoGP class and after a dismal year head back to Moto2. Yes, Tom is a great rider, also a world champion, but his team was financially struggling and had far less factory support. Tito Rabat is in a similar position where has joined a team with less money and is forced to ride an older Ducati. So, remember to compare apples with apples when you look at riders taking a seat in MotoGP on bikes that aren’t performing.

If you are anything like me, you will remember how excited you were when you hear Brad Binder had his first full-time ride with the RW Moto3 team in 2012. It was challenging but he started showing us and the world glimpses of his potential. He got his first podium on the Ambrogio Mahindra in 2014 and only recorded his first victory in 2016, going on to win six more races and eventually the world championship. That was a five-year career in the Moto3 class, so Brad of all people knows that you need to work and be consistent to win races.

Last year we saw Scott Redding having possibly his worst year on a motorcycle since he first got his leg over one in the MotoGP paddock in 2008. Riders have good times, and they have bad ones; even Rossi had a horrid time when joining Ducati in 2011. Manufacturers know when the bike isn’t performing, going on social media and saying that you can’t make shit shine when describing a multimillion Dollar Aprilia isn’t going to get manufacturers rushing for you to renew contracts.

Cal Crutchlow said in an interview once that every rider on the grid believes somewhat that they deserve to be on that top step and work towards it. Manufactures do the same. In 2012 we saw a bushy-haired, gorilla-looking Italian named Danilo Petrucci join the MotoGP paddock (the dream) after finishing 2ndin the Superstock Championship in 2011 behind compatriot Davide Guiliano. Danilo was shoved onto an Ioda CRT machine, given a pat on the back and wished good luck in his first year. He finished 7 of the 19 races in the points, a few in the wet where he excelled and a few more when everyone else crashed. The Italian retired or tumbled out of six races that year and finished the year in 19thplace with 27 points (323 points behind championship winner Jorge Lorenzo). Yes, it was a hard time for Danilo, but he arrived at every race with a smile and rode as hard as he could. Danilo fought all odds to get his factory Ducati ride and has fought to keep it in 2020, and he currently sits in 3rd place in the MotoGP World Championship behind his teammate. 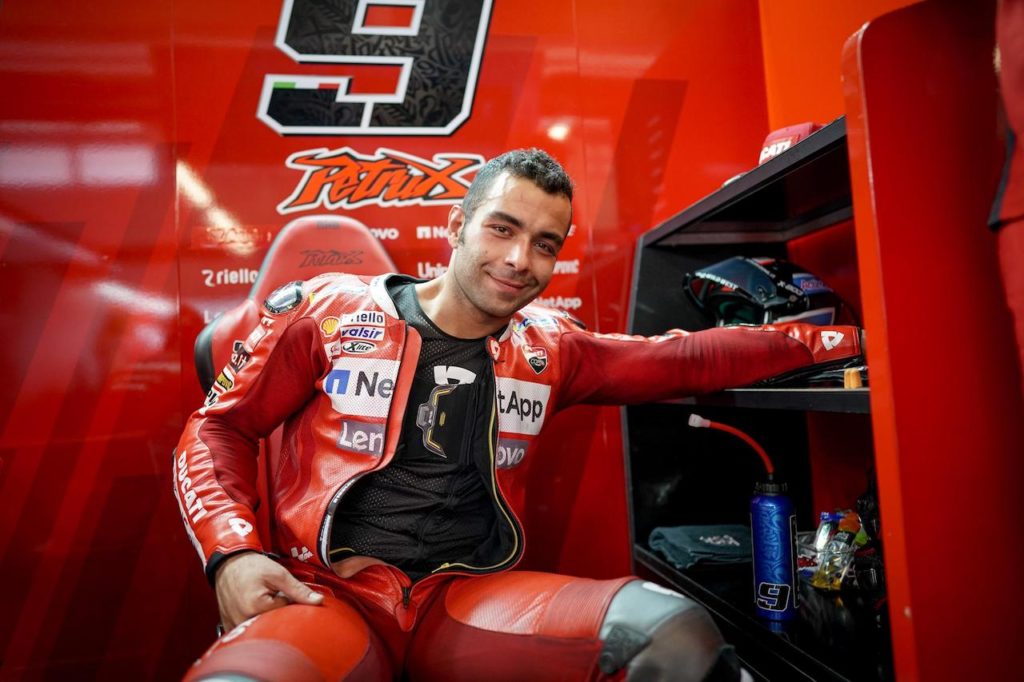 With the recent news of Zarco and KTM ending their partnership at the end of the 2019 season, all eyes will again turn to Pol Espargaro as KTM flag bearer. Pol, who beat Scott to the 2013 Moto2 championship, is another rider with an excellent pedigree who everyone probably expected more from, even himself. He admits that in his first years on the Tech3 Yamaha, he should have done better, but the only factory seat available to him after that was the one at KTM. In his third season at KTM, he has only achieved one podium. After a devastating Austrian DNF, the top KTM man finds himself sitting in 11thplace in the championship behind LCR Honda duo Crutchlow and Nakagami with a top 10 championship result still looking promising.

Pol can give good feedback to the team, and they help give him a better bike every time he rides it. Once Pol, Miguel and Brad are in a position where, if they can perform consistently, there is no reason why KTM and Tech3 can’t be competing for podiums more often. 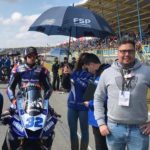 Shaun Wray is one of those people who knows stuff, everything from who changed helmets because they were allergic to the colour purple, who is most likely to quit MotoGP to become karaoke bar manager and why owning an Italian motorcycle is good for the soul but might not endear you to members of the opposite sex the way you hoped. And he’s good at conveying said fountain of knowledge in a method that is short, sharp and often deeply satirical. He is also very good fun around a dinner table and is the importer and seller of some of the finest motorcycle apparel in the universe.