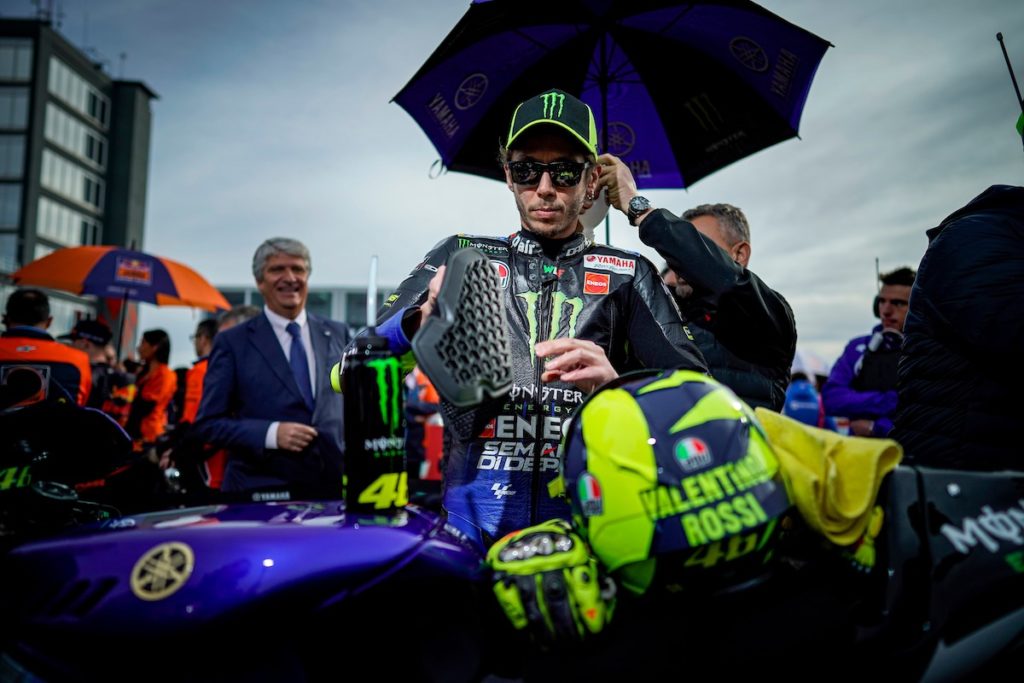 Story: Donovan Fourie
A quick note – as I was busy typing this, Mat Oxley published a story covering the same topic (curse him!) with nearly the same headline (curse him more!). His story is also rather good (seriously, curse him to hell!) and I suggest you read it. I also implore you to read this story. It may be the same topic as Mat’s, but looks at it from a different angle. Please, read on:

There’s been some valid points made surrounding Valentino Rossi and his imminent retirement; at the age of nearly 41, you can be sure that it’s probably at least three years away – at a push, five. The points made are that Rossi should announce his retirement for the end of next early, possibly even now. That has advantages – it means that the job market in MotoGP opens up hugely. Teams can plan better, riders can plan better and much tension can be relieved. For the fans it’s a big deal too. It would mean the last year of seeing The Doctor race, the last chance to see him race live and take in his glory. He is still the god of MotoGP – this is evident by the fact that, on average, the grandstands are still more yellow than any other colour and he is still swamped by fans more than any other rider.

Him announcing his retirement now for the end of next year has many huge benefits but there is still one problem – I don’t think Rossi wants to retire. His results this year are comparable to his torrid time in the Ducati years, and on a motorcycle that has shown, in great contrast to previous years, to be one of the best in the paddock. For everyone except Rossi.

Towards the end of the season, he has regularly been the slowest of the Yamaha riders, and there are a few reasons why this might be. The first, and the obvious conclusion by many, is that he is old and a little over the hill. He doesn’t have the pace he used to have and this is evident by his lack of results compared to his fellow Yamaha riders. It might be the case, but there are some problems with that theory.

When a rider gets too old he gets too sensible; that is exactly the right word, sensible. Sensible people don’t put their life on the line for anything – you can’t enjoy your millions if you’re dead, disabled or in permanent pain. A sensible person wouldn’t do that, and it takes a special kind of willpower to disable that little voice in your head telling you not to do it. However, as you get older, or more injured, that little voice gets louder. Eventually, you struggle to push that extra one percent that sends you into the red zone, the danger area, that extra one second a lap between back of the grid and racing superstar. 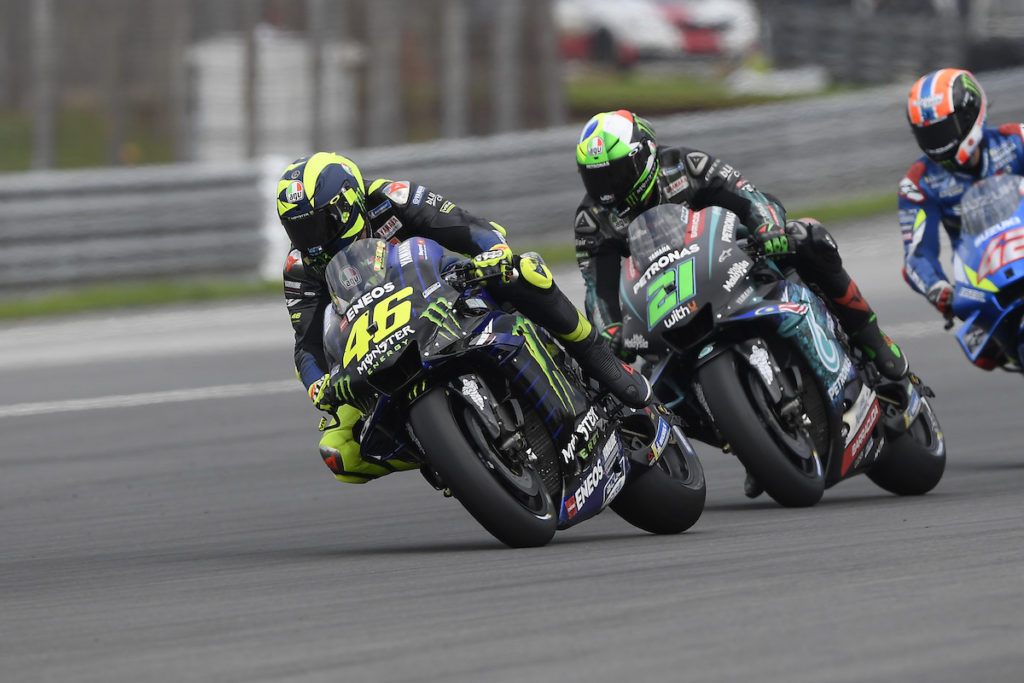 Jorge Lorenzo’s voice grew too loud; a back injury will do that to even the most robust constitutions. The thing is, a rider knows when that voice is too loud. The ride can hear it. The rider can feel it. Its at that point you realise that it’s over. It’s also the reason Lorenzo was smiling after Valencia – that voice is now quiet. There were some key tells that indicated that the voice had overcome him – he was slow, he looked defeated and he stopped falling off. The last one is hugely indicative of him not pushing to his limits. He was riding well within the constraints of the motorcycle and his ability, therefore he didn’t crash.

At Valencia, Rossi had two big falls – one at turn four and one at turn ten. The crash at four was as we was tipping in to the first right-hander. The front tyre locked at speed and he went down hard. The next crash was at the end of Friday. Turn ten is a 200km/h corner that has caught out more riders than any – Rossi’s front let go suddenly and he went tumbling with the bike rolling itself into a stream of wrecked pieces that no doubt left his mechanics crestfallen – they were seen late that night still at work. If Rossi’s voice was loud before, it would be screaming now, especially as he lay in bed that night with no chance that day remount and get over it.

The next morning, he went out in FP3 and pushed his Yamaha to 1.3 seconds faster than it had gone the day before. It appears that his voice still has some way to go.

The next reason for Rossi’s lack of pace is his bike. Many would point out that the other Yamahas are on pace, and therefore there is nothing wrong with it. However, as we’ve seen with Marquez going faster on the 2019 Honda where everyone else went slower, bikes are not always universal. Rossi has mostly struggled with rear grip, something that is likely to do with his build and riding style. Vinales and Quatararo have found a way that works, and as the season has progressed, so has Morbidelli.

Rossi struggled, except at Sepang, where Rossi was the second fastest Yamaha and, were it not for the rocket ship Dovizioso that he was unable to get past, he most likely would have finished on the podium, possibly even ahead of Marquez in second. He did set the fastest lap of the race, after all. This incongruous pace was attributed to Rossi not having the same rear-end issues as the other tracks, and an indicator that Rossi can still mix it when things are working well. A rider knows when it’s over. He might not admit it outwardly, but he knows. Rossi rocking at Sepang and still able to up his pace after two big falls at Valencia would suggest there’s still some life left in the old goat. His decision to switch to a new crew chief for 2020 would also suggest that he is searching for answers not within himself.

This leads us to the suggestion by many that he should announce his retirement for the end of next year now in order to be kind to everyone else. The simple answer is that he is not ready to retire right now. He still wants to be competitive, he still believes he can be competitive and, this is a big one, he still loves what he is doing nd has been doing for the past 22 years – racing Grand Prix motorcycles.

On a more official note, Rossi has said that if he feels that he is not competitive after the first three or four races next year, he will make the big announcement. If he can still scrap and love it, he will stay.

On a less official note, I’m kinda hoping Rossi finds something next year. People have said that he should make way for a younger rider, give someone else a turn, but who? And how would that improve anything? Is there anyone in Moto2 right now who will improve MotoGP more than Rossi? I don’t see anyone beating Marquez any time soon, so we would end up with, at most, another top five finisher and occasional podium contender. But they would not be Rossi. They would not have crowds of people outside their pits, whole grandstands adorning their merchandise and masses tuning in only because they are there. People don’t follow Rossi because he is winning, they follow him because he is Rossi. Him leaving won’t end MotoGP, but MotoGP will lose a huge chunk of its soul.

Unless the rider replacing him at Yamaha is Brad Binder, in which case, Rossi has had a good innings…