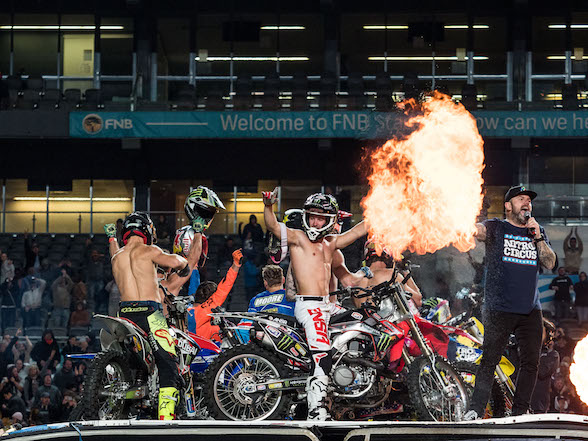 Both Donovan and Harry were at the Jo’burg show, as was professional photographer Meghan McCabe who took a stack of photos on the evening. See the gallery below.

Before the Nitro Circus shows, Travis Pastrana did some publicity at the 94.7 Highveld studio where he rode his bike through their offices. While he was there, Donovan got all starry-eyed and interviewed him.

Herewith the gallery from the Jo’burg show – click to enlarge: