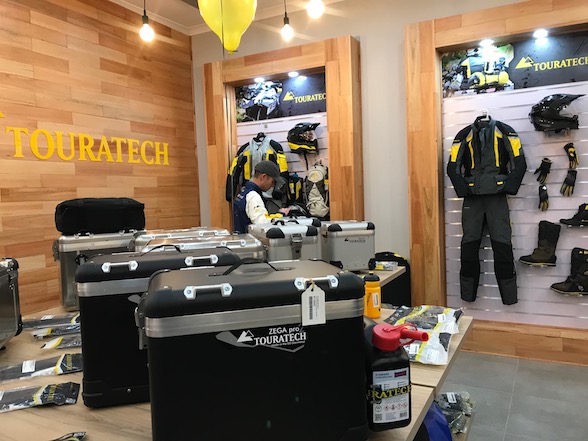 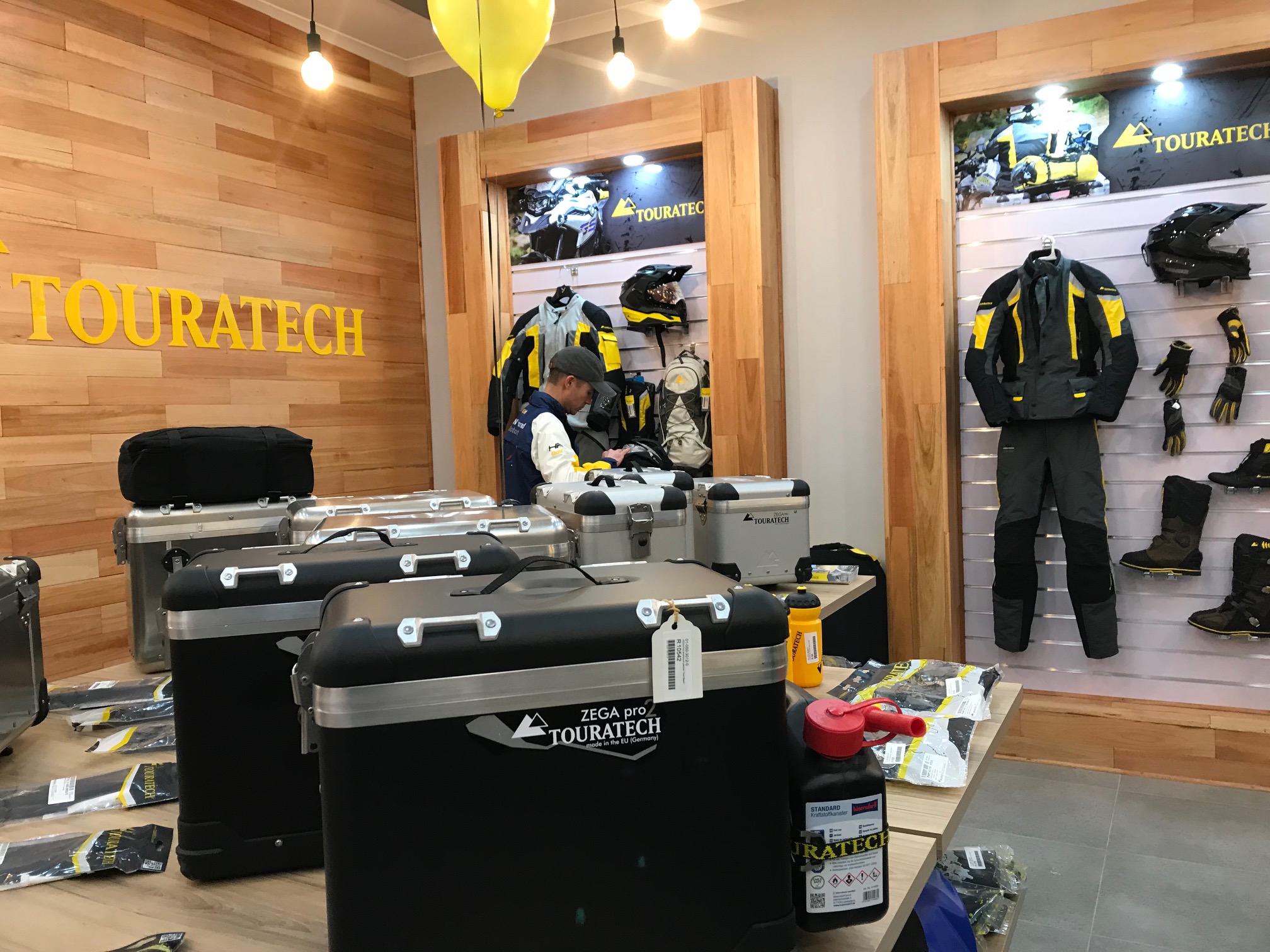 Last night, Massyn and his crew hosted a welcome evening for journalists and members of the industry. During speeches, he told the story of how he first attempted to make contact with Touratech five years ago after retailing Touratech on a re-sale basis for more than 11 years and having first hand experience with their products. After five years of queries, negotiations and effort, the Touratech concept store is open, and is everything you would expect from the Massyn crew. 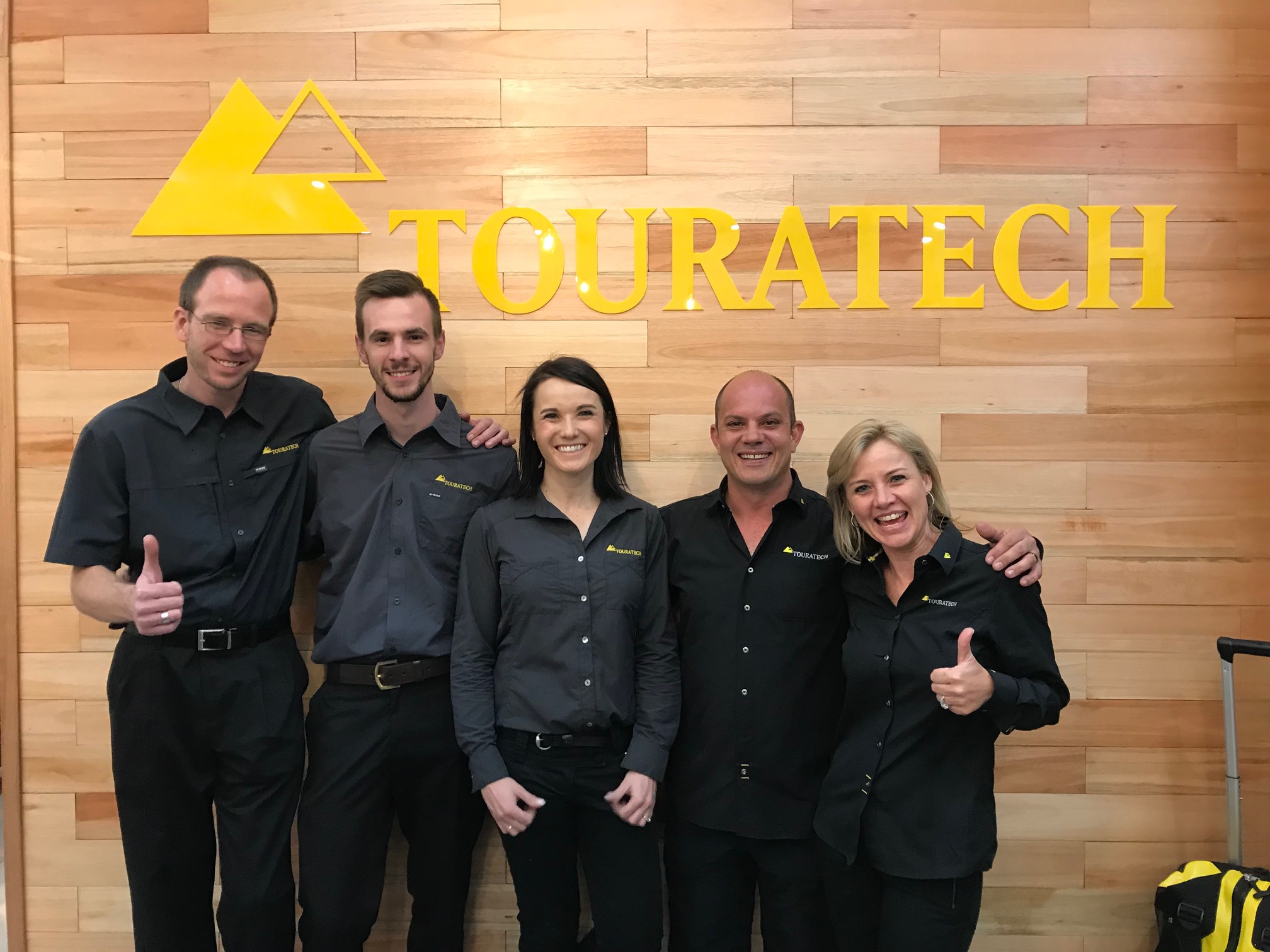 Not only does it have a look and feel that would normally be associated with a name like “iStore” but he and his team have been dealing with adventure motorcycles for so long that they have intimate knowledge of what product works, what products are popular and how best to use them. 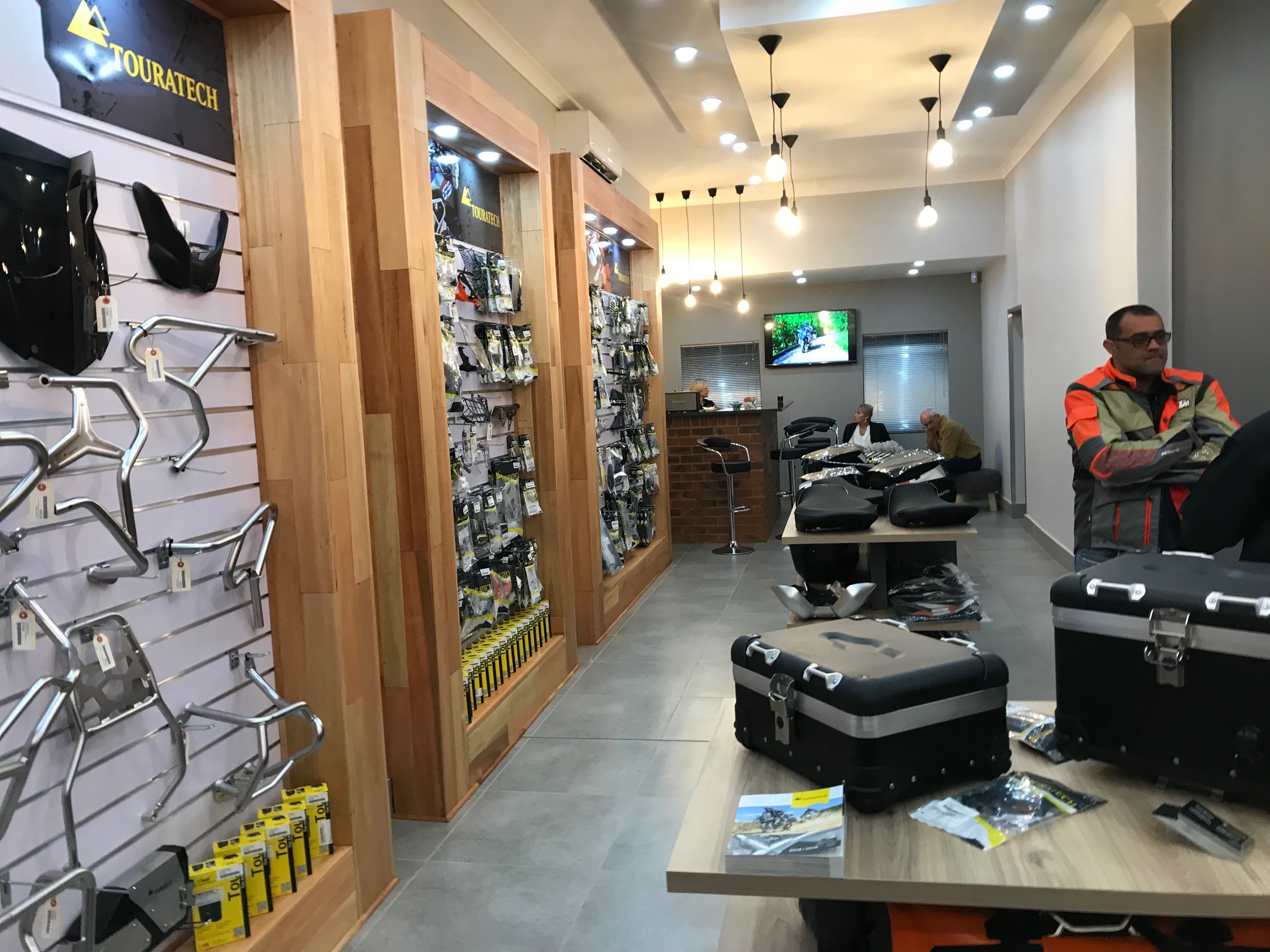 Also present on the evening was the Look Around the Globe couple of Lucas and Marta from Poland who have been touring the globe two-up on a BMW F800GS, fully kitted with Touratech products, for the last two years. Thus far they have done 137000km in all sorts of conditions and terrain, and the only problem they have had so far was a fuel pump that needed replacing. The Touratech kit has not yet let them down. 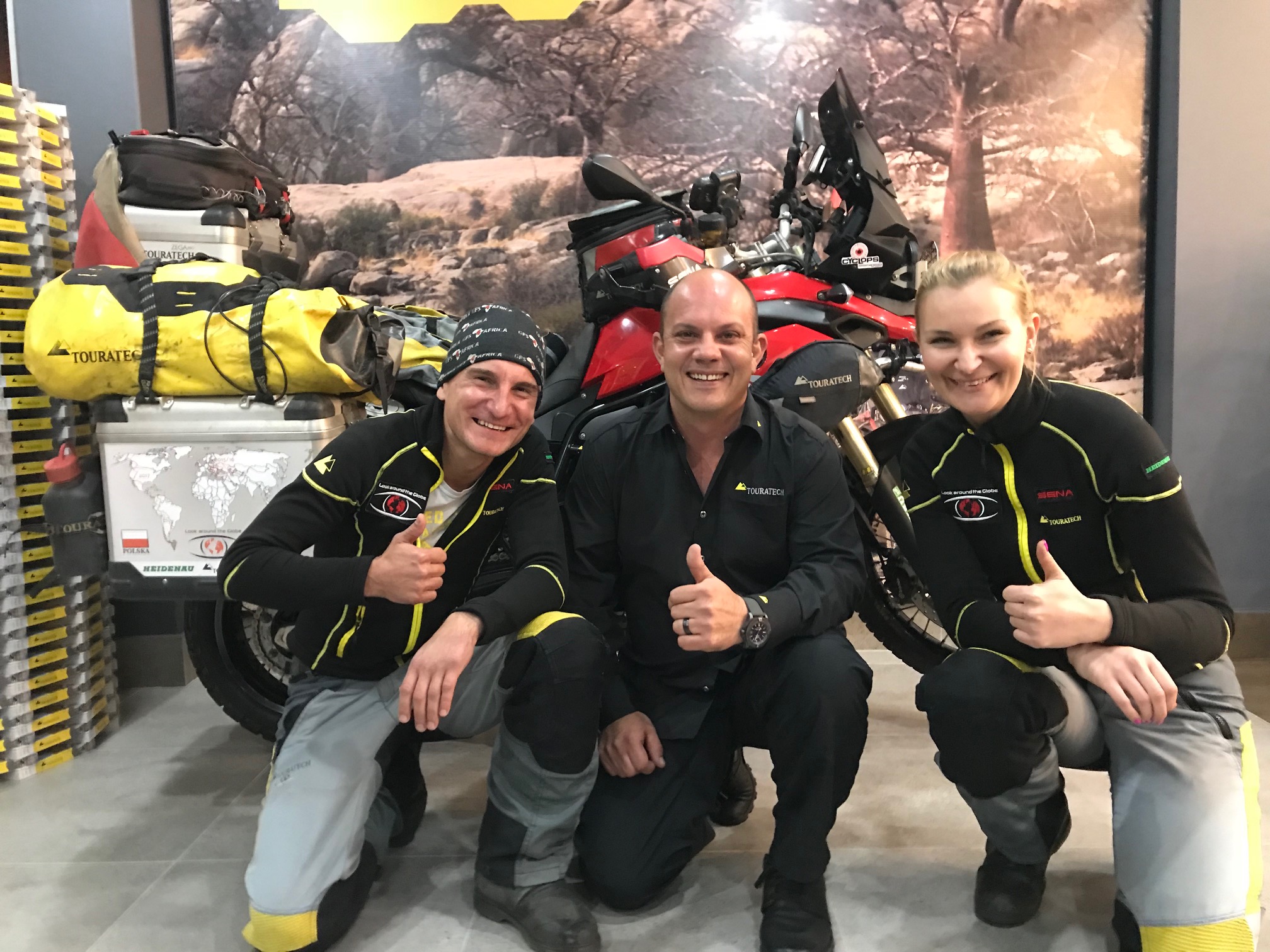 The Touratech store is having its official opening today with music, food and drinks, and finishes at 1pm, so if you are reading this before 1pm and are in riding distance of Touratech, a looksee would be suggested. If not, do go have a look during the week. 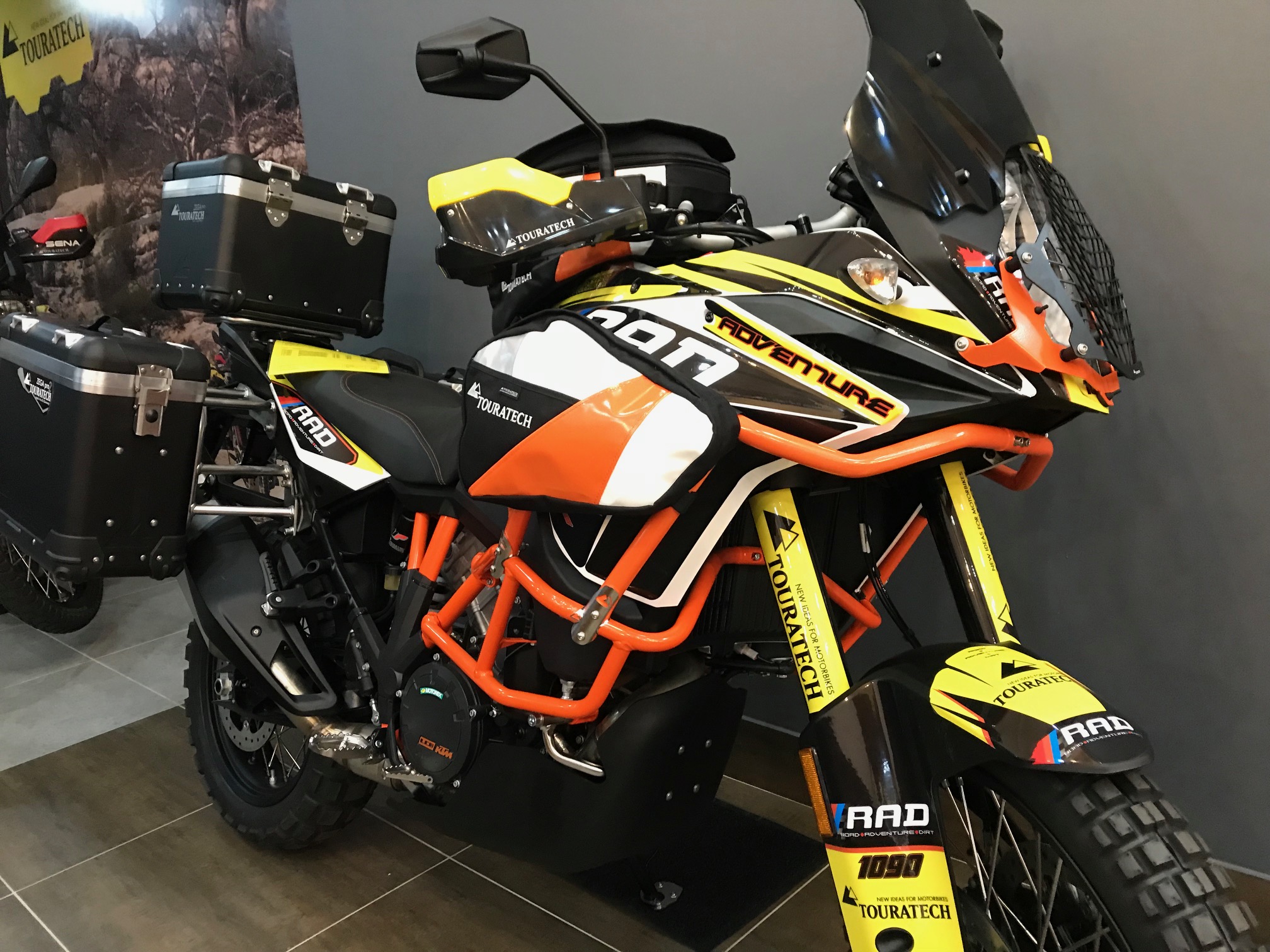 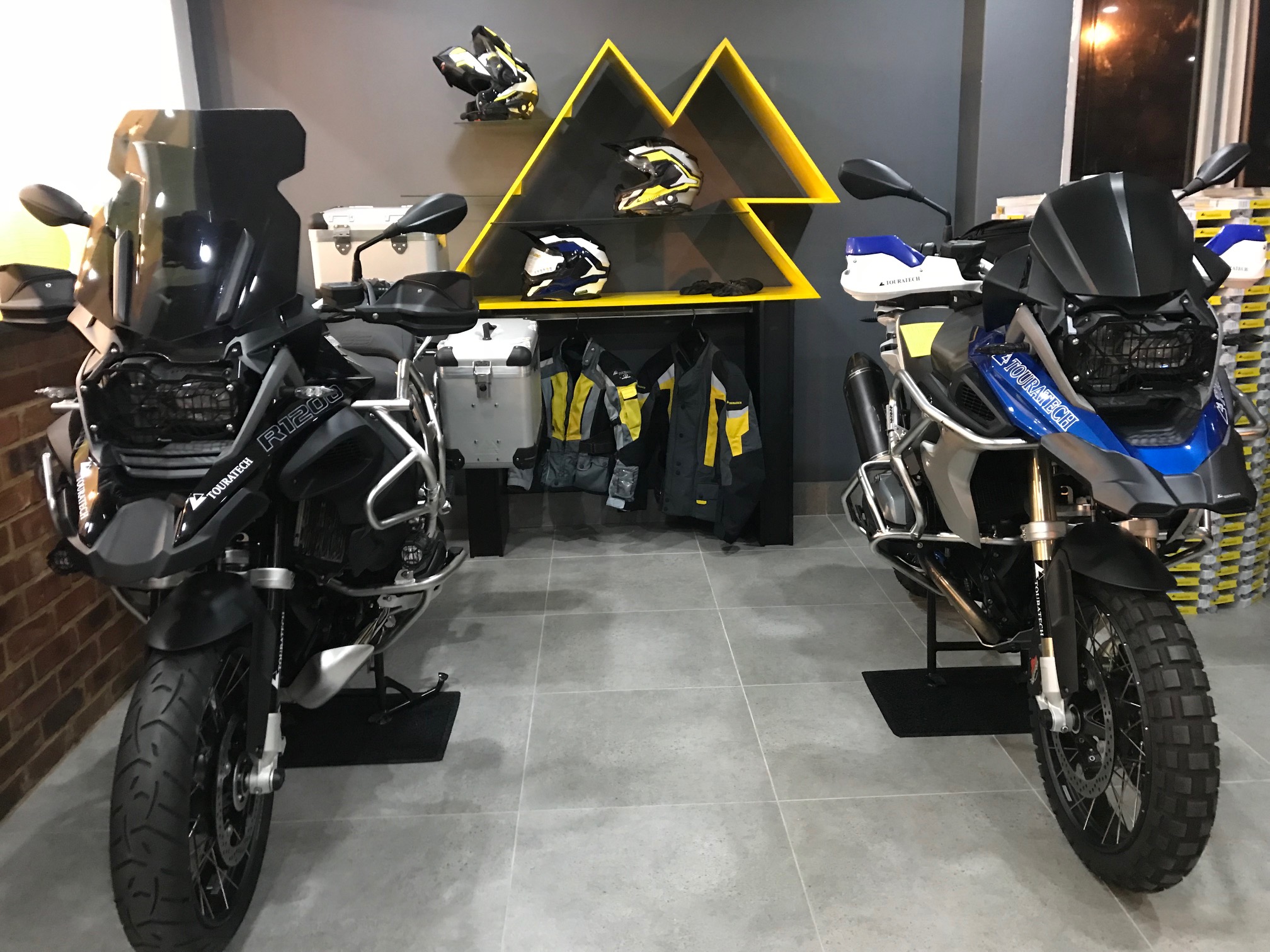