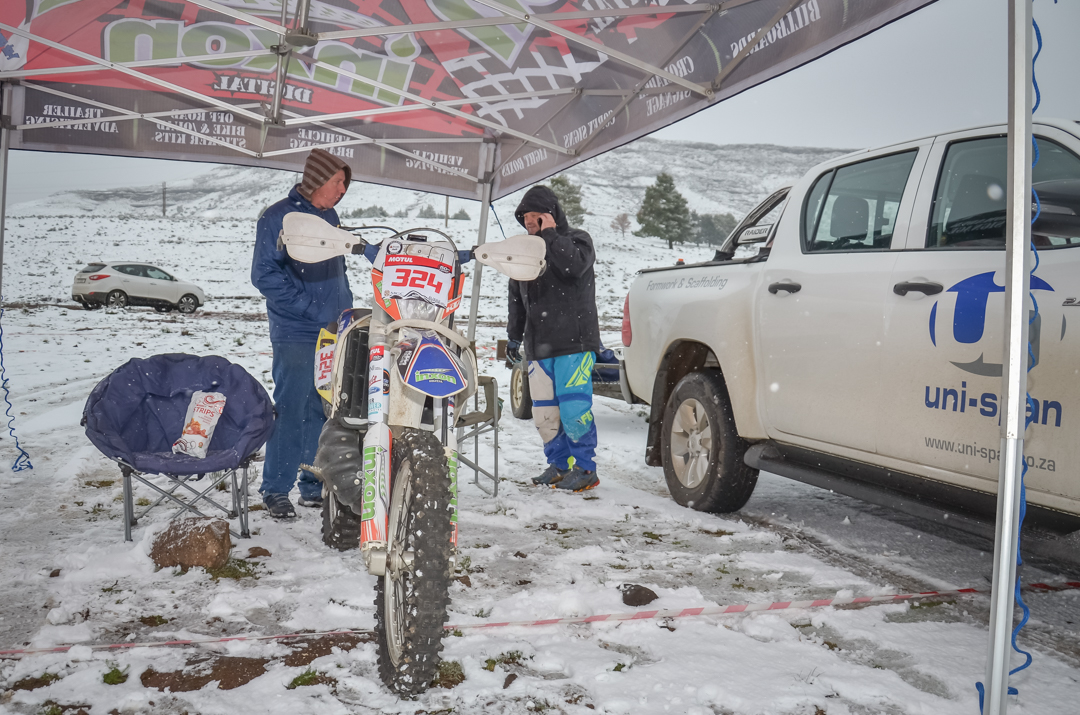 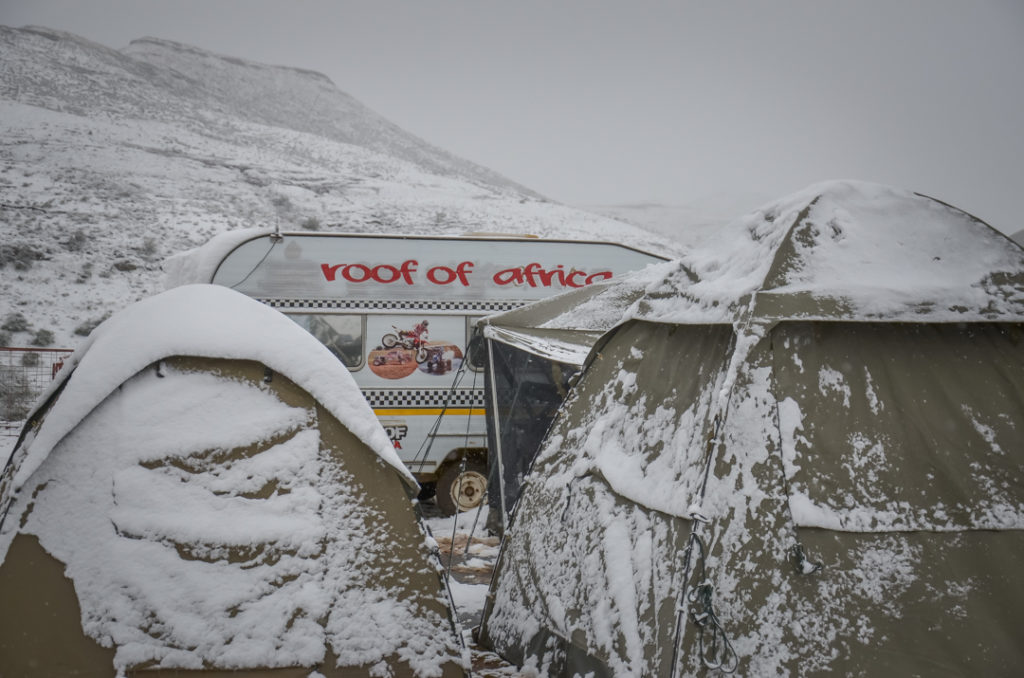 Travis Teasdale leads the 2017 Motul Roof of Africa in Lesotho, after setting the fastest combined time on Thursday’s Round the Houses lap race through the capital Maseru and the mountain time trial. The South African finished the day on a combined time of 01:29:01, mere seconds ahead of country compatriots Blake Gutzeit and Wade Young, who had the fastest time on the time trial: “I had a solid day out there today. I felt comfortable on the bike and kept it call together and am ready for the main days ahead.”

Staged in what is affectionately known as ‘the mountain kingdom’ the big story of the day was the weather, as heavy, un-seasonal overnight snowfalls at Bushmen’s Pass (where the start/finish area is) lead to temperatures well below freezing and slippery conditions out on the time trial course as the snow started melting. 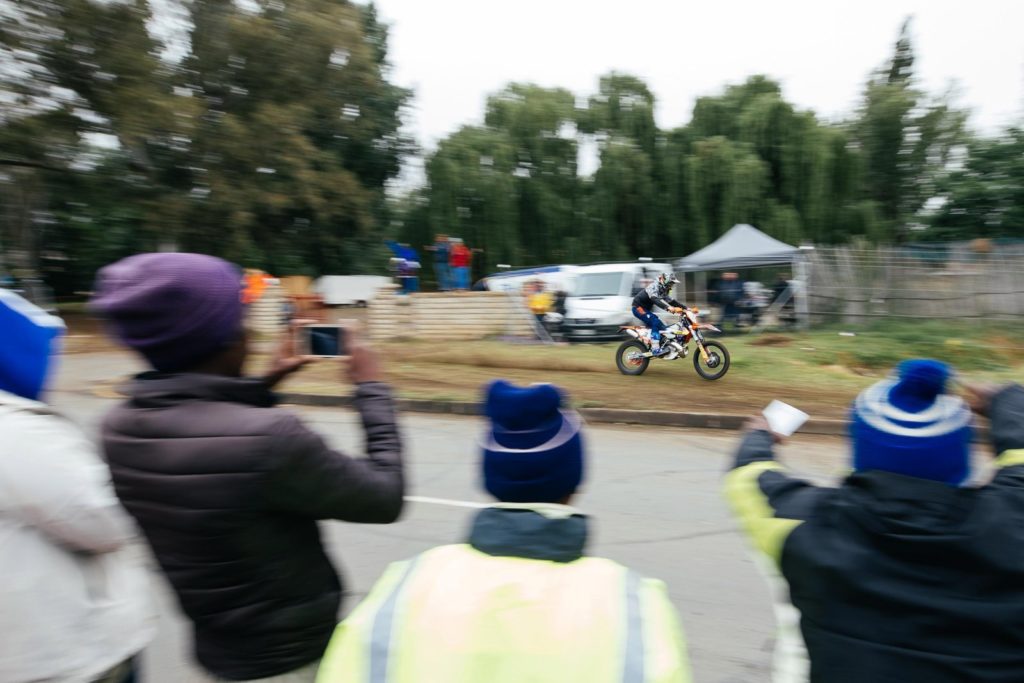 The day started with the traditional three lap Round the Houses race through the streets of Maseru and, while the The Roof of Africa is not won in the capital, it can certainly be lost. Two-time defending champion Graham Jarvis, along with other pre-race favourites Wade Young, 2016 runner-up Alfredo Gómez, and Lesotho debutant played it comparatively safe in the tricky street conditions.

Often then, riders tend to do just enough, as the likes of Jarvis, Sherco rider Mario Roman and co did today, making sure they save enough for days two and three.

“I just took it easy,” commented Roman after the Round the Houses, explaining how his bike had been setup for technical mountain conditions and not speed on the flats. “It’s also my first time here, so I wasn’t really sure what to expect,” he said.

Teasdale however, did not hold back and blazed the three-lap course to get the fastest time. There was no holding back in the 40km time trial however and despite the conditions the main protagonists completed the course a lot faster than predicted.

“I didn’t expect it to be this fast,” said Roof rookie Manuel Lettenbichler. “You had to pin it all the way to the finish, but it was all good.” Lettenbichler added that tyre choice was crucial and if the weather continues to play role it will be a factor throughout the weekend. “The ground is so rocky and not anything we’re used to in Europe. I’m looking forward to the next few days.”

He is currently in seventh place behind his father Andreas, Gomez and Jarvis.

Jarvis and Gomez sit comfortably in the top five and the race is poised to be a thrilling contest. More snow is forecast in the high-lying areas which will no doubt make for some interesting racing as the riders tackle two high altitude loops tomorrow.