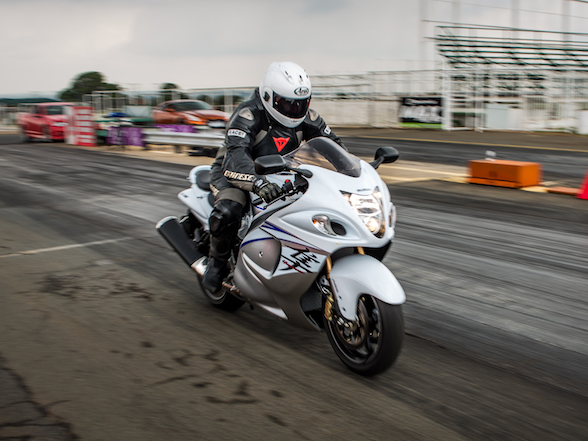 Mother’s Day gift: Taking your mom for a ride on a Hayabusa

You might be expecting a very different kind of video here, where a bloke with a name like “Jeff” puts his mom on the back of Suzuki’s notorious hyperbike and blasts down a strip at speed, pulling wheelies and perhaps taking the odd corner. Maybe his mom will be terrified or, more likely, the mom will put on an indignant face and, to paraphrase, tell him to stop being such a feline.

This video is not that at all, but in many ways it is more terrifying, especially for people living in the west whose daily commute is fraught with the occasional car making a slightly worrying move, perhaps the odd pedestrian walking in the wrong place and maybe even places where you need to apply brakes to avoid hitting something.

This video takes place in the city of Bengaluru (formerly Bangalore) in the southern part of India where a cheerful fellow takes his ever smiling mom for a ride aboard a Suzuki GXS1300R Hayabusa. While he never quite breaks the sound barrier, there are plenty moments in this video where you think “crikey!”. Of course, this is only if you live in the relatively uncrowded west. In places like Bengaluru, this is the norm, as you can hear from the rider’s calm, unperturbed commentary.

Happy Mother’s Day to all the mothers who let their children ride motorcycles, and we congratulate you on raising the best kind of people. Kindly spread those superior parenting skills around so that others can learn the way.