The 250 Ladies Cup is a new racing initiative by the long time productive SAMRA – South African Motorcycle Racing Academy as part of the Superbike Magazine Short Circuit Series, the same series that hosts pocket bikes, scooters and, of course, supermoto. Equally matched Honda CBR250 machines are being prepared independently and a draw system has been put in place to swap out bikes for different races.

The Monroe Racing team’s 2018 campaign got off to a victorious start with Savannah Woodward claiming the top step of the podium. The race day, that took place at the Zwartkops Raceway karting circuit in Pretoria on Saturday, February 10, also saw Zoé Bosch making her much anticipated local debut for the team, which she celebrated with two well-ridden races in the same competition.

Woodward secured pole position with Bosch slotting into fourth place on the grid. The first heat saw a titanic scrap for the lead between Woodward and Nicole van Aswegen. The battle at the front certainly delivered on the promise of the close racing with the pair changing positions at regular intervals. In the closing stages Woodward held the lead to take the victory; a mere 0.2 of a second ahead of Van Aswegen. Bosch made a good start to retain her fourth position. Despite her best efforts she could not get past third place finisher Sandra Shelley. Bosch was the fourth lady to be greeted by the chequered flag; 0.9 of a second behind Shelly and 4.2 seconds behind Woodward.

The second heat saw Shelley making a sublime start to briefly take the lead from Woodward. During the second lap Woodward retook the lead following a closely contested battle which only saw mere millimetres between the handle bars of their machines. A good tussle developed between Van Aswegen and Shelley which allowed Woodward to open up a gap and claim her second victory from two starts. Bosch did not have a good start during this heat, (and seemingly suffered bike trouble – ed) but treated the fans to her never-say-die attitude to finish the race in sixth position.

The third heat was cancelled due to heavy rain which left the bottom part of the crossover section waterlogged and not safe for racing.

Woodward also competed in the Super Motard category where she made her competitive debut. This category saw her taking another trophy home after finishing second overall for the day.

Savannah Woodward:
“The SAMRA 250 Ladies Cup is indeed a very good competition. I’m quite honest when I say that I’ve had one of my best days at the track; and this is regardless of the results. Competition-wise this was really an amazing experience and I am looking forward to the remainder of the season. I’d like to thank Neil Harran, Vic Rich and everyone else involved in this class and I’m really expecting it to grow from strength-to-strength. I also thoroughly enjoyed my Super Motard debut. I’ve been doing quite a bit of practice for this format and it was certainly very competitive out there. I would also like to thank the team and our sponsors Monroe South Africa, Fuchs Lubricants South Africa, Onex south Africa and Dewcast for all the support.” 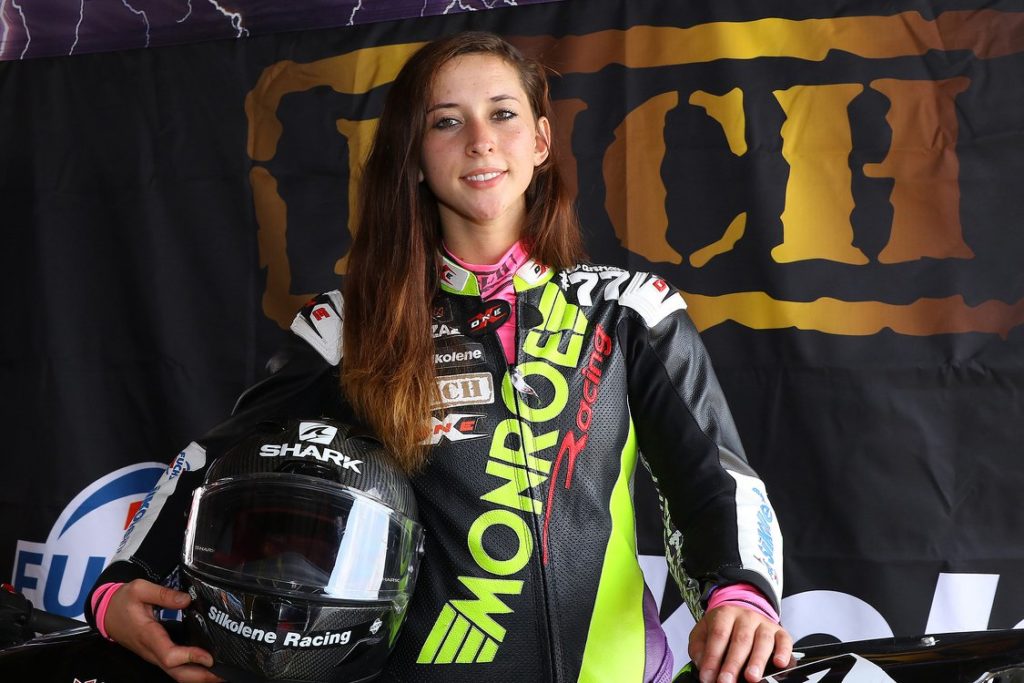 Zoé Bosch:
“What an awesome day. I’m really looking forward to more exciting racing in this class as the season continues and I’d like to echo Savannah in congratulating the entire team who brought us this series. I’d also like to welcome all other ladies racing in South Africa to participate in the championship. At the end of the year there is a very big prize up for grabs which is being sponsored by Montega Steel. I’d also like to thank the Monroe Racing team and our sponsors for their continued support and hard work behind the scenes.”