Donovan Fourie has had a lot of time on his hands in lockdown these past four weeks, especially with no MotoGP happening, giving him a lot of time to think. Whether that’s a good thing or a bad thing we will leave for you to decide, but in the meantime here are his thoughts on how to host a MotoGP season this year. 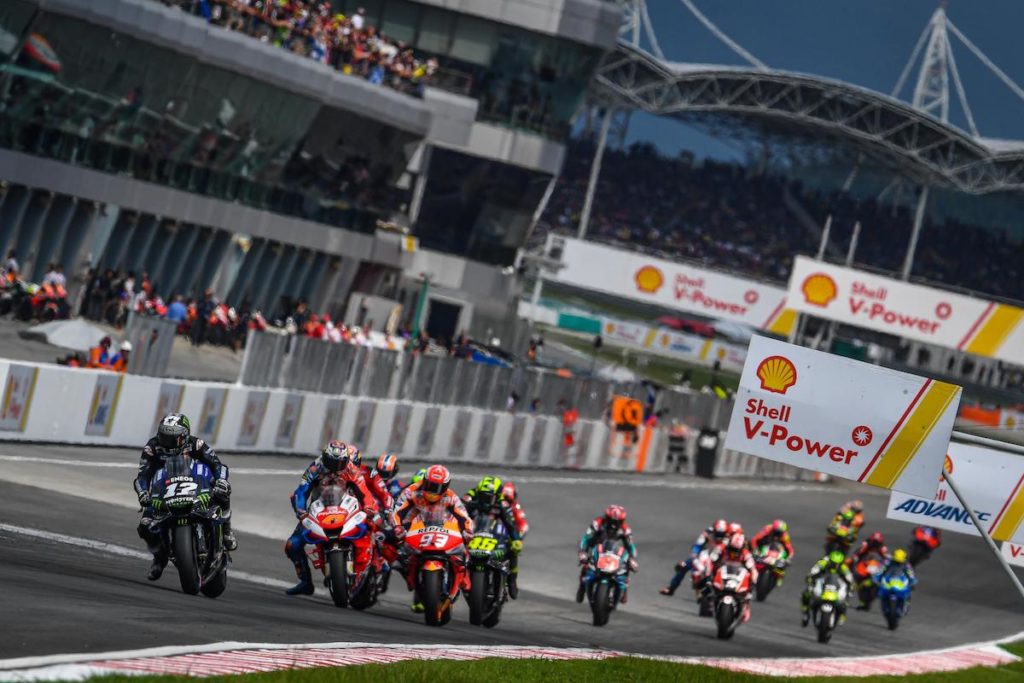 The world is a little chaotic at the moment – actually, that’s rubbish; for most people, the world is sitting at home watching the whole of Netflix for the third time and wondering whether there’s a name for the meal between elevenses and lunch they are currently scoffing down. What would kill the monotony is to watch the bravest sportsmen in the world doing 350km/h while bumping bars on the greatest machinery ever to leave a factory – MotoGP.

There are two problems Dorna, the company behind MotoGP, have right now – travel restrictions and the banning of large events, sporting events particularly. The likes of Rossi and Dovizioso are hiding in their households, not risking the Northern Italy pandemic and certainly not able to board any planes. But what happens when the travel bans end?

The next problem is large sports gatherings, such as MotoGP, that can attract a crowd of more than 200,000 people over a weekend – even the most stalwart of lockdown critics will agree that that’s not such great idea. Even the plan of a closed GP, with only essential staff on hand, will require a group of hundreds of people.

So what to do.

Well, the real problem with group gatherings is the potential spreading of the COVID-19 virus, but what if we eradicate that possibility? Here is what I’m thinking – teams need to nominate a skeleton staff of riders, technicians, managers, drivers and only essential staff, all tightly controlled by Dorna, who also choose only a skeleton staff list for their organisational needs.

Once all have been confirmed, the entire paddock is then tested and holed up at a location for a quarantine period of two weeks. Once it’s clear that everyone in the “paddock” is cleared, then the season starts.

I’m estimating that they can do 11 rounds, all on mainland Europe. Start in, say, Jerez at the southernmost point of Spain with the entire paddock transported by busses and their team trucks. The paddock stays at the closed-off track, sleeping in the trucks, pits and perhaps motorhomes with food being controlled and extra equipment also requiring a quarantine period before being allowed into the paddock. Naturally, the races will be televised but with no crowds.

After Jerez, the paddock then moves again in a bus and truck convoy to the next round – Valencia. Of course, stops en route are carefully planned with no interaction with the outside world.

The same closed round happens at Valencia, then Aragon, then Catalunya. From there, the paddock can follow the logical route of Le Mans, Assen, Sachsenring, Brno, Red Bull Ring, Misano and then ending at Mugello, an 11-round championship. Perhaps, depending on Dorna’s budget, some away rounds could be undertaken with a similar strategy, except they will need to charter whole planes.

What this effectively does is create a mobile isolation group, eliminating the risk of spreading the virus and still hosting a championship. It might be hard work for the group within the paddock because it will involve at least 13 weeks away from home, away from loved ones and within each other’s armpits, but then again, their job is racing motorcycles and this way they get to do it.

Whether this idea or a variation of it is at all possible, both from a logistical point of view and a legal one, is up for debate, but perhaps it’s a way forward. Most importantly, people twiddling their thumbs at home get to see the greatest sportsmen in the world doing the greatest feats of mankind. And that’s what really counts.