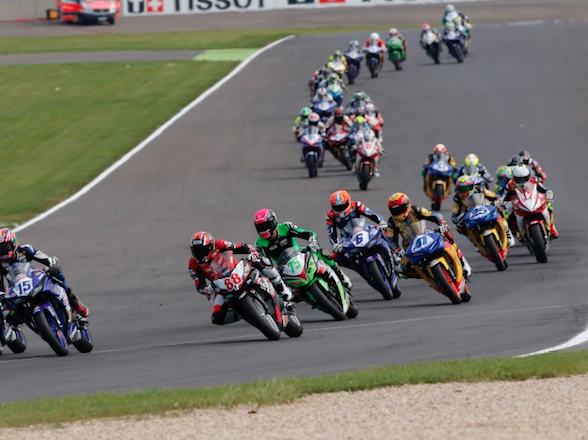 It’s the racing, stupid, not the bikes

I have heard, many, many times over the years, the same old arguments between fans of MotoGP and World Superbikes – which one is best.

We’re always hearing that MotoGP and its prototype racing are the pinnacle of two-wheeled competition (which is true) while the Superbike fans will argue that the top WSBK riders are on the same level (perhaps occasionally, but usually not) and the racing has more relevance to the actual punter because the bikes that you see on Sunday can then be bought on Monday.

This is a nice thought, but is in fact complete and utter bollocks because in many ways the current factory WSBK bikes (Ducati and Kawasaki) are more advanced than the MotoGP machines (electronics, notably). The bike you buy on Monday will be the same as the one you saw on Sunday in silhouette only, your production version will have a lesser frame, swing-arm, forks, wheels, brakes, electronics and engine. Apart from that it’s identical.

In the past I have often been vocal about the superiority of WSBK as a racing series, but these days I’m saying the exact opposite. My argument has always been about the spectacle itself – as a consumer I want to watch the most exciting racing possible.

A decade or more ago WSBK offered closer racing, with a whole host of potential manufacturers and riders battling it out. Rossi meanwhile was making MotoGP just a bit boring.

After a couple of hours on my sofa this past Sunday watching World Supers in the German round it is patently obvious that MotoGP easily has the edge these days. I am as ardent a racing fan as it’s possible to find, and yet I fell asleep on the sofa, and when I awoke with the race finished, I wasn’t in the least bit bothered.

MotoGP on the other hand is now a hotbed of racing brilliance. Moto2 is generally the weak point, but Moto3 (the highlight of the weekend for me) is simply stupendous and MotoGP has become unmissable.

I don’t really care what bikes they’re riding and I couldn’t care less which tyre they’re using, all I care about is the racing itself. I want to see riders battling each other at every corner, I want to witness acts of insane bravery and unbelievable bike control. I want action, and lots of it.

MotoGP currently has all this, and more. WSBK is about as exciting as watching Harry ruffle his hair for the 20th time that day, and so it is losing fans. Somebody in power needs to grow a pair and return WSBK to what it was – production racing. At the moment I could quite happily miss the Superbike races and just take in the youngsters on the Supersport 300’s. That’s not a situation the organizers or the fans should be happy about.

To be honest, if you stuck the best riders in the world on a collection of tatty old delivery bikes and let them have at it, I’d become an ardent fan.

It’s not about the bikes, it’s about the racing, stupid.