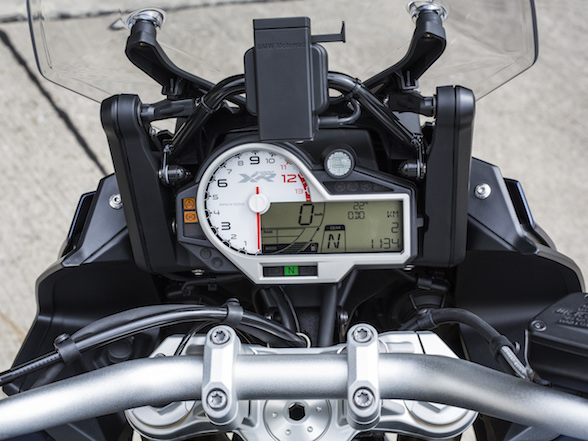 Mat Durrans on electronics: teaching the dinosaur to tech up

When I bought my first big bike in 1988 I remember being amazed by its advanced technical features. My second-hand Suzuki GSX 550 ES had AntiDive forks and a 16-inch front wheel, and it even had a display to indicate which of its gears you were in.

The gear position indicator worked fleetingly before it perished, permanently, and the AntiDive forks were rubbish though the 16-inch front wheel had some logic behind it. I did miss that gear indicator, and I’m grateful that such a useful feature has survived to live on in most of today’s bikes.

New motorcycles are now festooned with an array of electronics that takes time and application to get to grips with, and time often isn’t on our side in this job. Back in the good old days, when I picked up a bike from an importer it involved a quick John Hancock and the key was yours. Twist and go; every bike had the same basic controls so once you’d found the starter button and kill switch the familiarization period was over.

These days I’m often overwhelmed by the electronics available, and that’s before I’ve even started the bike. I might be more Luddite than Facebook, but the number of buttons that one can prod and poke before turning a wheel has been getting out of control recently.

We had a big, expensive high performance bike on test at The Bike Show recently, and it needed just shy of 20 individual button inputs to access the desired riding mode and turn the heated grips on. At a world launch of a superbike this year I was struggling to get my head around the combination of engine and suspension modes, and I was on the plane home.

Pick a bike up for testing these days and you need to put aside a good half-hour, take copious notes, and then go home for a bit of a lie down.

Generally we get just a few days with a new bike, and that simply isn’t enough to get a good feel for the tricks and treats that so many bikes now bring to the riding experience. To my barely concealed disbelief BMW listened to my moaning and let me have an S 1000 XR for six months.

The XR is a perfect test mule if you want to understand how the recent flood of electronics might affect your daily riding. It is a genuine performance bike, with the same 118Kw four-cylinder engine as found in the more sporting and more naked S 1000 R, itself a retuned version of the unit that powers the S 1000 RR superbike.

There is a bewildering array of riding modes and settings on the XR, but without doubt the best bit of new tech is the auto-blipper gearbox. This is a system that makes the clutch almost entirely redundant, you only need it to pull off, and then to engage neutral when you come to a stop.

A gentle upwards prod on the lever cuts the ignition fleetingly and allows the next higher gear to slot in more smoothly than you’ve ever managed with your own clutches changes. More impressively the system works on the way down the ‘box too, adding a small and perfectly measured blip of the throttle to ensure that engine and wheel speeds are perfectly matched.

Being from the Dark Ages, I initially railed against such invasive electronics, robbing us as I thought it did of one of the great pleasures of motorcycling. Six months with the XR has permanently changed that attitude, and now I’m disappointed when a new bike comes my way without this new tech.

It’s not until you’ve lived with the gearbox that you realize how much of your concentration it frees up for more important jobs like reading the traffic and road conditions. A simple idea, beautifully executed that is both a pleasure to use and a genuine safety aid.

That’s the secret of useful advances in electronics, they must be easy enough for the pre-digital age dinosaur (that’d be me) to master, and offer immediate and discernible improvements. Get those two right and the tech gets adopted in a flash.

My extended stint with the XR also warmed me to the idea of electronically controlled suspension. Firming up the rear suspension to carry a pillion is essential if you want your bike to handle properly, but I bet most riders are like me and never bother. Rather an ill-handling bike than a frustrating search for the right tool and a five-minute fight with the rear shock that results in bleeding knuckles and a job only half-done.

Three or four button presses and the XR is ready to take a pillion, or indeed a pillion with luggage. The same again when your passenger is off and your sport bike-for-one is back just the way you like it.

Of course there are many more electronic systems on a modern bike, from ABS to TC they all help to make biking safer. I used to think that was all you needed, the rest of the developments for gearbox and suspension were just unnecessary fripperies a real biker could happily ignore.

I was wrong. BMW’s XR has proved to me that advances like the auto-blipper gearbox and electronic suspension are useful enough to be sorely missed once they’re gone. I wouldn’t consider buying a large capacity sport or touring bike without them.

Reprinted with kind permission of The Times and the Sowetan newspapers