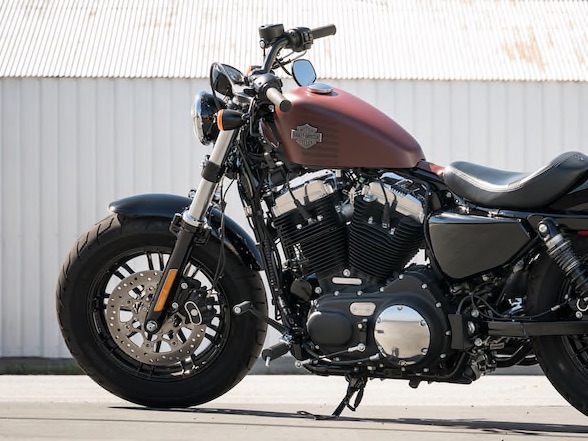 Story: Mat Durrans
Bikes are cool, but in an Orwellian world some bikes are undoubtedly more cool than others. Unfortunately bikes are currently expensive, and that made me devote some time this week to searching for cool bikes to feature on The Bike Show that don’t break the bank.

I set myself a R100 000 price cap which I soon realised meant I’d have to source some pre-owned bikes, and then I encountered another problem. With just over half a century under my belt I am no obvious arbiter of cool, so I was forced to employ the services of my fellow Bike Show presenters who are both younger and considerably cooler than me.

One of them used to be a drummer in a band and has a hairstyle a teenager would be proud of, and the other is a walking stereotype of a hipster, beard and all. Each of us spent some time studying the huge selection of pristine used machinery at Fire-It-Up and chose our weapon for this battle of cool. 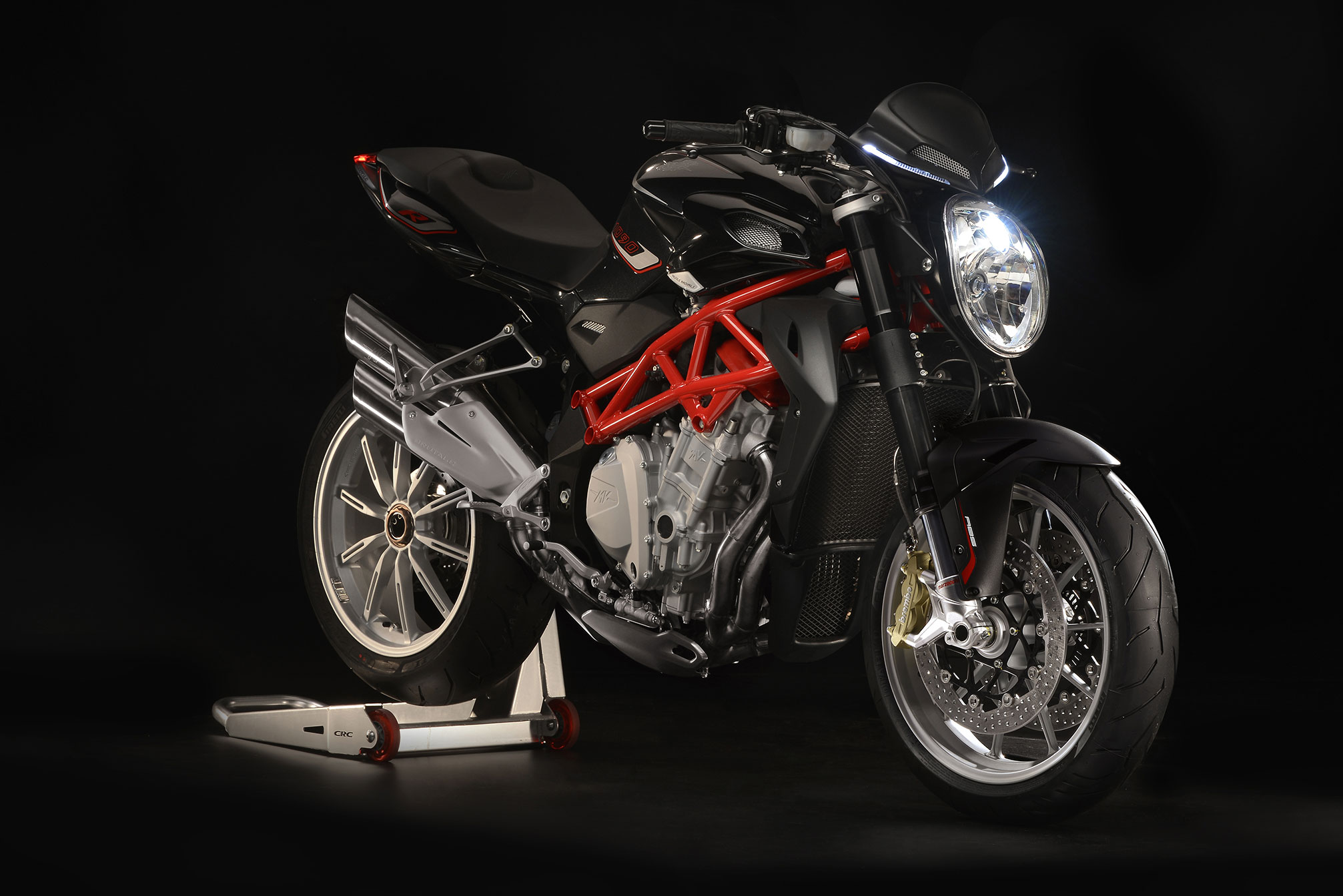 I was confident I had the edge, opting as I did for a piece of Italian exotica with some serious sporting credentials. MV Agusta’s 1090 Brutale is a 107Kw naked sport bike and, like all Italian bikes, it looks the business. Twin stacked silencers, a red trellis frame and an aggressive, hunched-up front end mated to a wispy, tapered rear end.

The proportions are spot-on, and the promise of the shape is fulfilled by performance levels usually reserved for superbikes. Top-notch brakes, quality suspension and adjustable traction control ensure that performance is controlled in a way that allows you to exploit it safely. 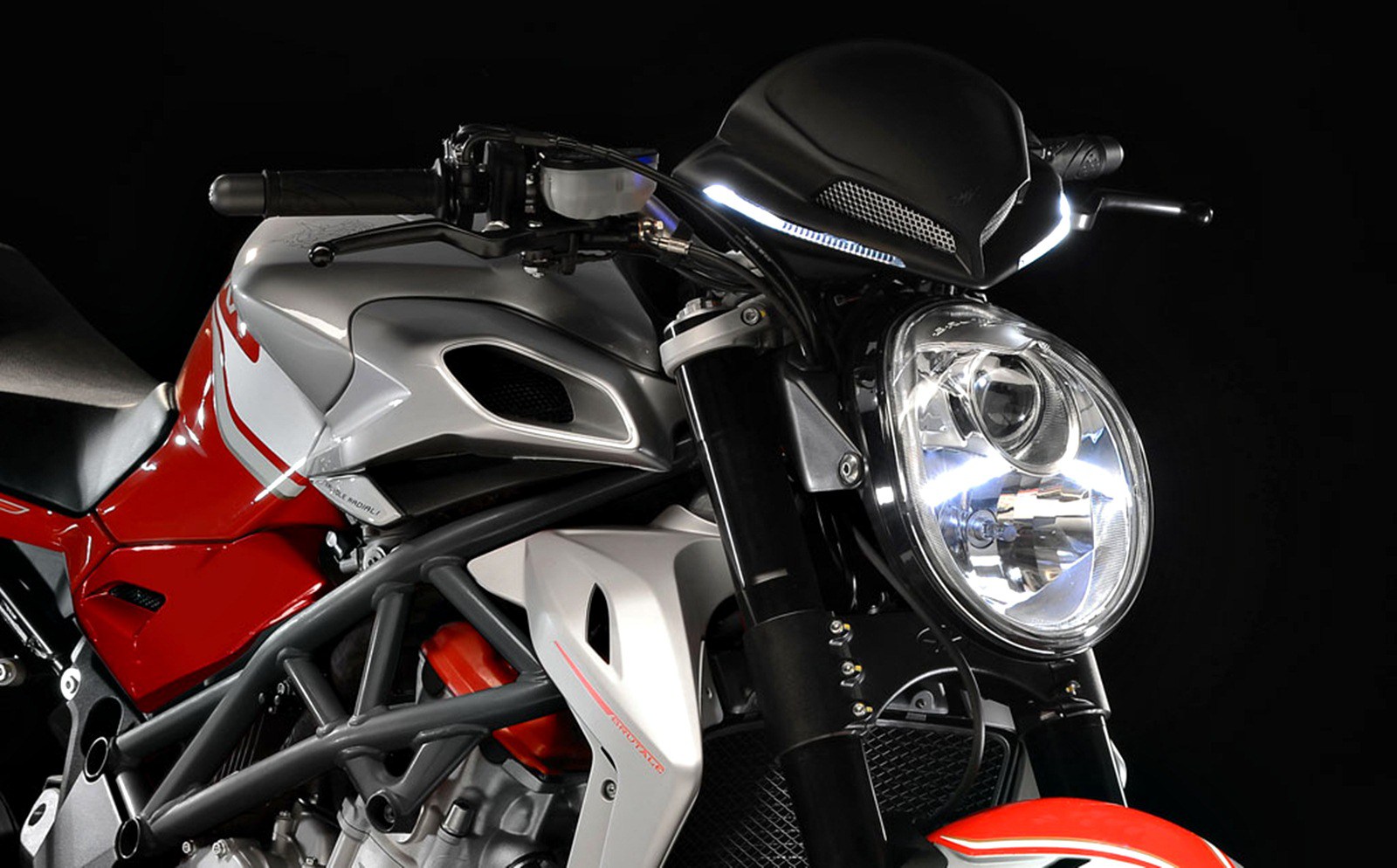 Not a bad combination, I thought, for a five year-old bike that would give you a smidgen over R10 000 change from our R100 000 budget.

And then drummer-boy pitched up on his idea of cool, and boy did he look smug. His bike sounded smug too, chugging along with a noise that is the epitome of motorcycling. The irregular beat of a Harley-Davidson engine is as unmistakable as the desperation with which my Zappa-esque colleague clings to his long-gone youth. 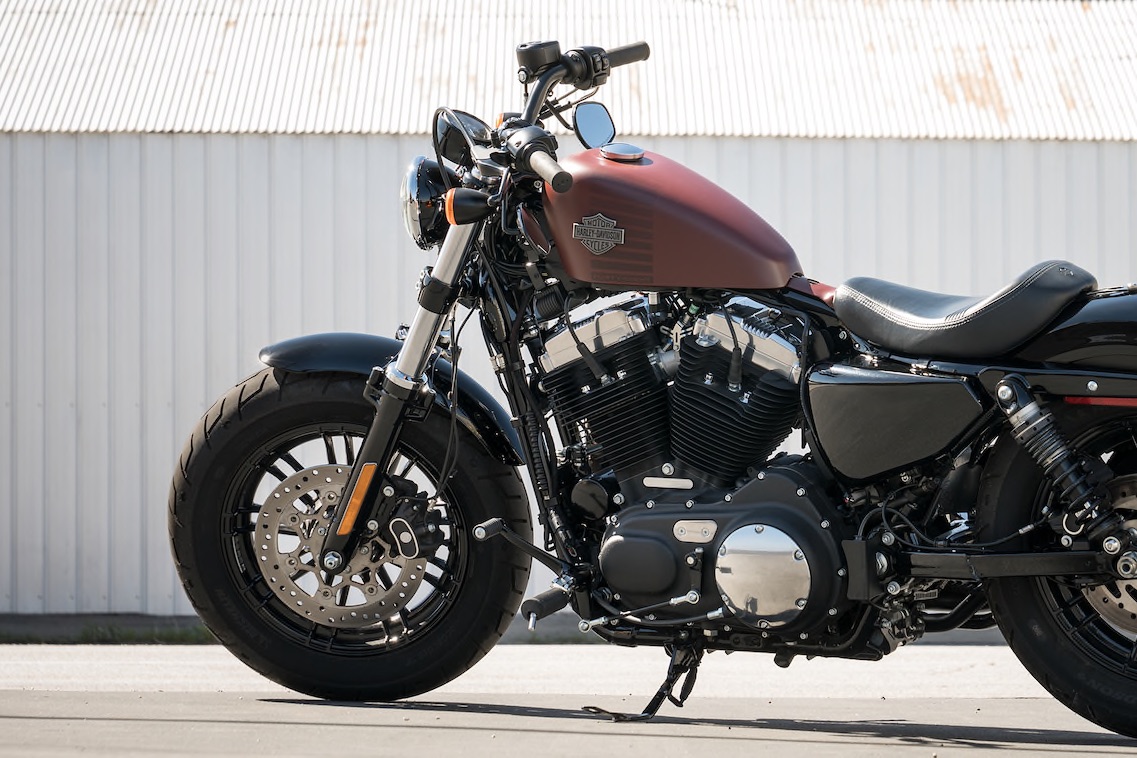 Rather than go large, as most Harleys undoubtedly are, he’d opted for the ‘Forty-eight’, a model stripped of everything but the bare essentials. I didn’t want to admit it, but this is a very cool bike, perhaps the coolest of all H-D’s extensive model range, and he’d found one barely two years old and with next to no mileage. Not bad for a smidgen under our self-imposed R100,000 price limit.

The pay-off for such cool is a bike that has very little suspension travel, an extremely modest amount of horsepower and a ‘peanut’ petrol tank – great for the looks but holding only 7,9 litres ensures you’ll spend a lot of time looking cool on garage forecourts. 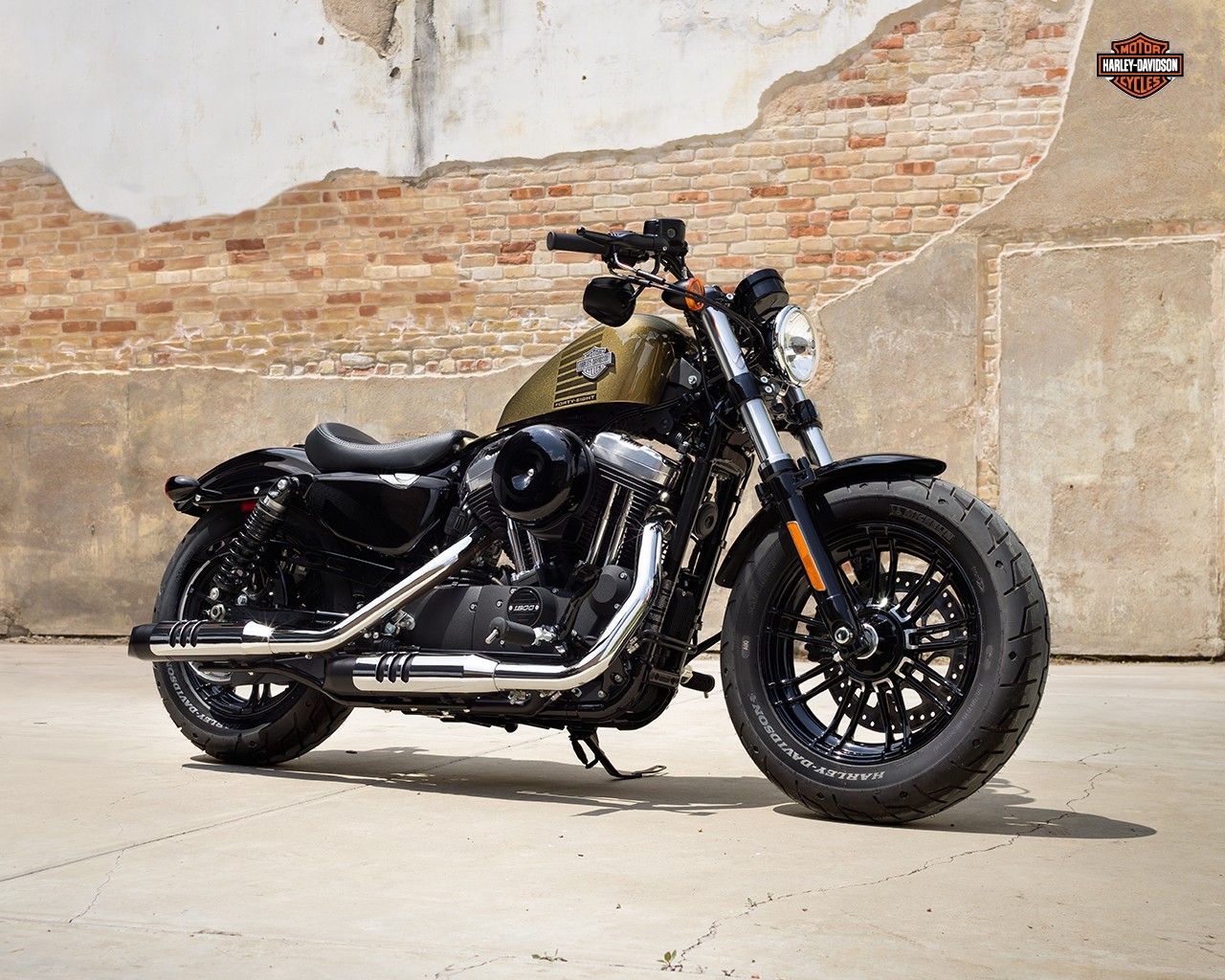 My hipster colleague was convinced he was going to steal the show with his remarkable find, a Ducati Scrambler Urban Enduro that like the Harley is barely two years-old and also offers R10,000 change from the R100,000 budget.

This is a bike that has been designed with the cool-factor in mind, since it is a scrambler in name only. Sure, it comes with dual-purpose tyres and spoked wheels and hand-guards but in reality is intended only for the High Street. 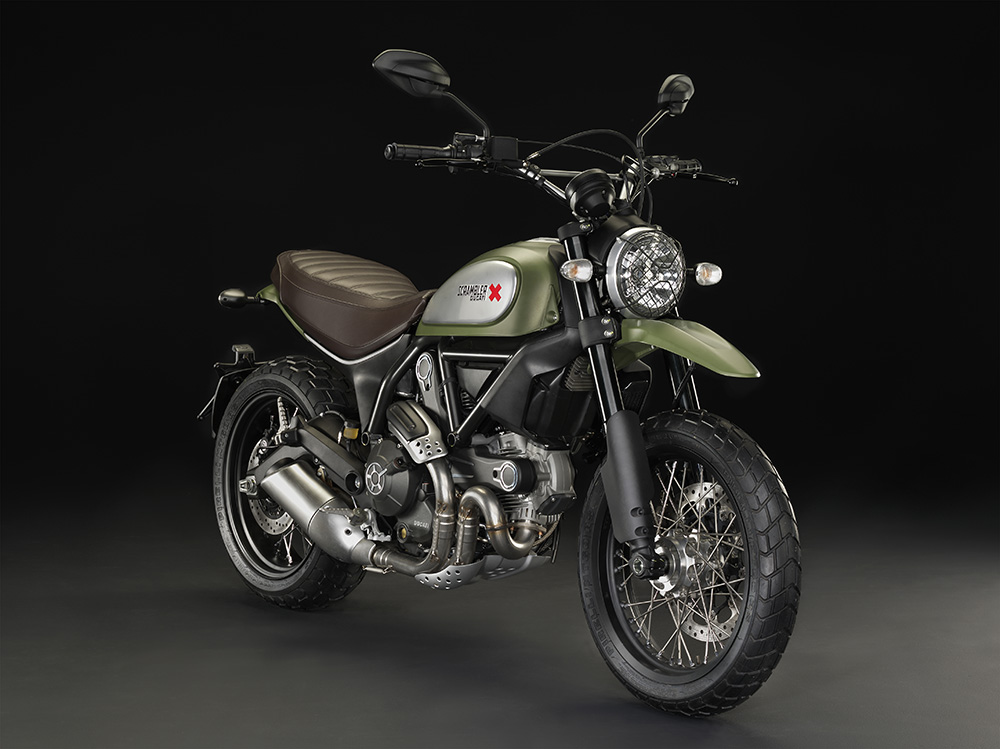 A punchy 800cc V-twin ensures you’ll have plenty of fun while admiring your reflection in shop windows, and of course the raucous thrum of a Ducati V-twin will stylishly announce your arrival long before you actually get anywhere.

All three bikes undoubtedly have a certain presence about them, but which one is really the coolest? Stopping outside an up-market shopping centre for an impromptu poll we soon had a definitive answer.

It appears, much as I said earlier, that I really have no idea about what’s cool. I’d like to blame my age, but I’ve a feeling that has disappointingly little to do with it. There’s no arguing that I chose the most exciting bike to ride, but Joe Public wasn’t impressed and the MV Agusta received very little attention. 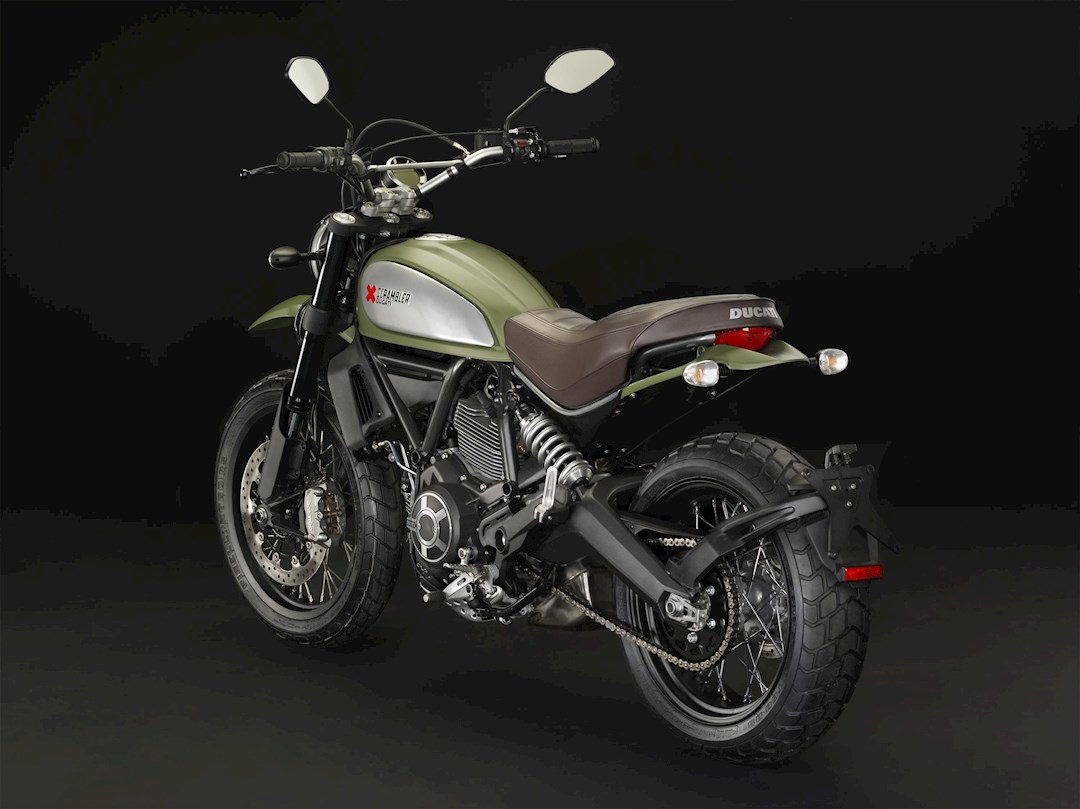 Our hipster’s confidence soon waned as well, the Ducati garnering some attention but nowhere near as much as the Harley-Davidson. It seems, perhaps unsurprisingly, that the drummer in our midst still knows what is cool, though his hairstyle screams exactly the opposite.

The ‘Forty-eight’ stole all the attention, emphasising that if you want to be the coolest of bikers then you simply have no option other than to go for the big ol’ lump of American iron. Among the general population there’s only one motorcycle brand that really embodies cool, and that’s Harley-Davidson.