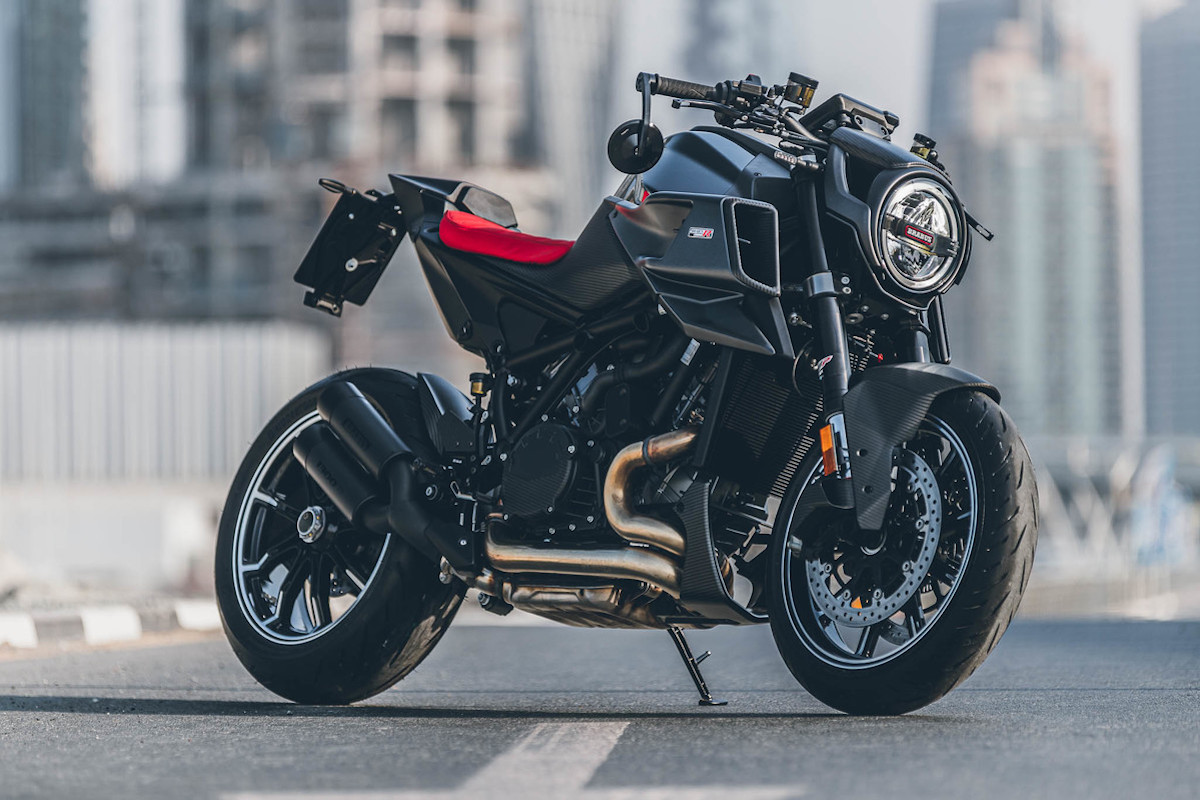 Brabus is a German performance company mostly known for souping up Mercedes cars. The brand came into mainstream light when Jeremy Clarkson gave one huge praise on Top Gear in 2010, citing that the company had to tone down the torque output in its car otherwise the car would simply wheelspin at a standstill.

Now, for the first time, Brabus is venturing into the world of motorcycling, teaming up with race mad KTM to produce its own version of the 1290 Super Duke R, simply dubbed the Brabus 1300 R.

Under the hood, everything is mostly the same, with the same 1301cc V-twin motor pushing the same 180hp and 140Nm of torque and the WP suspension remaining the same.

It’s the looks that are very much different. However, the new Brabus iteration looks much like what you’d expect if Austrian spouse Husqvarna had a go at the Super Duke, but that’s certainly not a criticism.

There are two colour variations – Magma Red and Signature Black – with 77 of each going into production, the number signifying 1977 when Brabus first went into business. Each bike will feature its own limited edition numbering.

While the motor and chassis are mostly the same, Brabus has added more than just a paint job. The 1300 R will see such additions as the company’s own lightweight monoblock Z nine-spoke forged wheels, a slip-on double-pipe exhaust, a custom made heated seat, air ducts, a headlight mask, a carbon bash plate, a carbon pillion seat cover and various CNC-machined goods like triple clamps, adjustable front brake and clutch levers, adjustable footpegs, and reservoirs and oil tank caps.

Orders go online on the KTM website from 4pm South African time on Valentines Day (Monday 14 February for the single men). Price is quoted at €39,500 or roughly R630,000.